If you’re looking for a new GoPro, you are probably eyeing up the Hero 8 (read our full review here). But there’s a new camera in town, and it’s possibly just as interesting (maybe more so) than the latest flagship — even for regular users. Despite the Max ($499) being a spiritual successor to the Fusion 360/VR camera, the pitch is that anything the Hero 8 can do, the Max can do, and often better. Don’t let the twin lenses fool you, this is a GoPro for everyone, according to the company.

So what is the Max if it’s not another 360/VR camera? Well, it will still record in 360, obviously, but once you look at the features and companion software, it’s clear that it’s equally aimed at those who want to make conventional (non-360) videos. That extra lens and its complete field of view are all about creative options.

Before we get to that though, the camera itself has some important distinctions from Fusion — most notable the size. While Fusion was literally two GoPros in a single case — and thus required two SD cards and some editing headache — the Max is a total redesign. It’s much smaller, making it more practical (and mountable), and there’s a color touchscreen just like on regular GoPros, so it should be much friendlier to use. Something else common to the Max and the Hero 8 are the fold-out mounting fingers, something we found to be a surprise hit in our review of the latest flagship Black camera.

Expect to hear the “Max” superlative a lot when talking about this camera. Why? Because most features that carry over from the Hero 8 to this camera are now “Max” editions. That means there’s Max HyperSmooth, Max TimeWarp and Max SuperView. All three use the extra video caught by the 360 lenses to improve stabilization (dramatically, GoPro claims); give more creative options with TimeWarps; and cram even more into shot with GoPro’s widest angle “digital lens.”

Digital lenses is the term the company now uses for when you switch between the different fields of view (wide, linear and so on). It’s more about organizing them in a convenient way. SuperView on the Hero 8 is basically everything the sensor sees presented in 16:9. With Max, it’s wider again. The highest resolution meanwhile remains 5.6K/30 in 360 mode, and 1440/30 or 1080p/60 in “Hero” mode (basically, non-360 mode).

HyperSmooth should be a lot better on the Max than the already-impressive Hero 8. This is where having 360 video really helps, even with your regular video clips. As the camera has so much more footage to play with, it can electronically stabilize in a way a single-lens camera can’t. Horizon leveling is also much easier, and with the Max it should be fairly extreme — to the point where you could corkscrew and keep the horizon level, while your body moves around the scene. We look forward to testing that out either way.

With Max, you’ll eventually be able to switch between both lenses while recording, with clogging being the obvious use case, where you might want to show a subject, and then switch to self-shooting mode to talk about it. Though it’s not clear at this time if you will be able to record with both and picture-in-picture.

One of the other upgrades over Fusion, according to GoPro, is the audio. With a total of six microphones, the company claims “shotgun mic” quality sound, recorded in “ambisonic” spatial audio. In short, Fusion recorded sound in a flat 360 circle; Max records in more of a spherical way. As for the claims of it being on par with a shotgun mic, we’ll have to wait until we can test for ourselves to see. 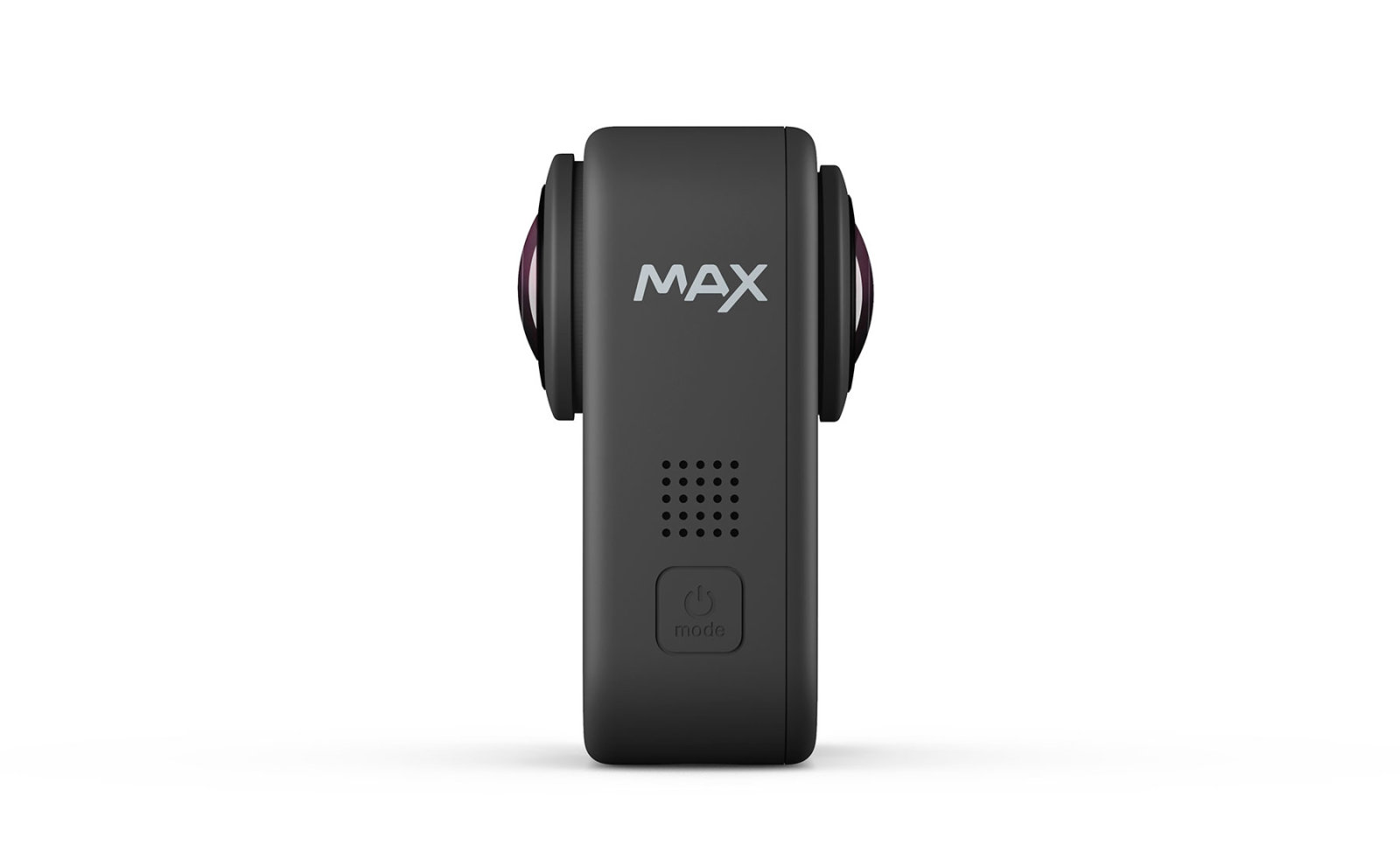 Another new feature with Max is the “PowerPano” (why it wasn’t “Max” Pano, we don’t know). No more stitching together still images to create a weird wide photo with disembodied legs, or two of the same dog in it. As Max captures the whole photo at the same time, you’re capturing one single moment, rather than gluing a few moments together.

In terms of the hardware, Max appears to be a much more user-friendly take on a 360 camera. That’s certainly how GoPro is pitching it. “Fusion, we positioned that from the get-go as a more professional or more consumer capture tool because of where it was in its evolution and the workflow required to produce the images that people desired.” GoPro founder and CEO, Nick Woodman, told Engadget. “Max, we’ve simplified the experience to where we now feel it’s ready for prime time consumers while at the same time, taking the professional capabilities even further.”

But what about the software? That’s typically where 360 video falls down. Or even extracting a flat video, if you have to wrangle a 360 file first. Hopefully, Max should be simpler in this regard. Not least because, unlike Fusion, all the data is saved to one memory card. That alone makes things easier, but the stitching is all handled on-camera too. That’s two things you won’t need to think about here. 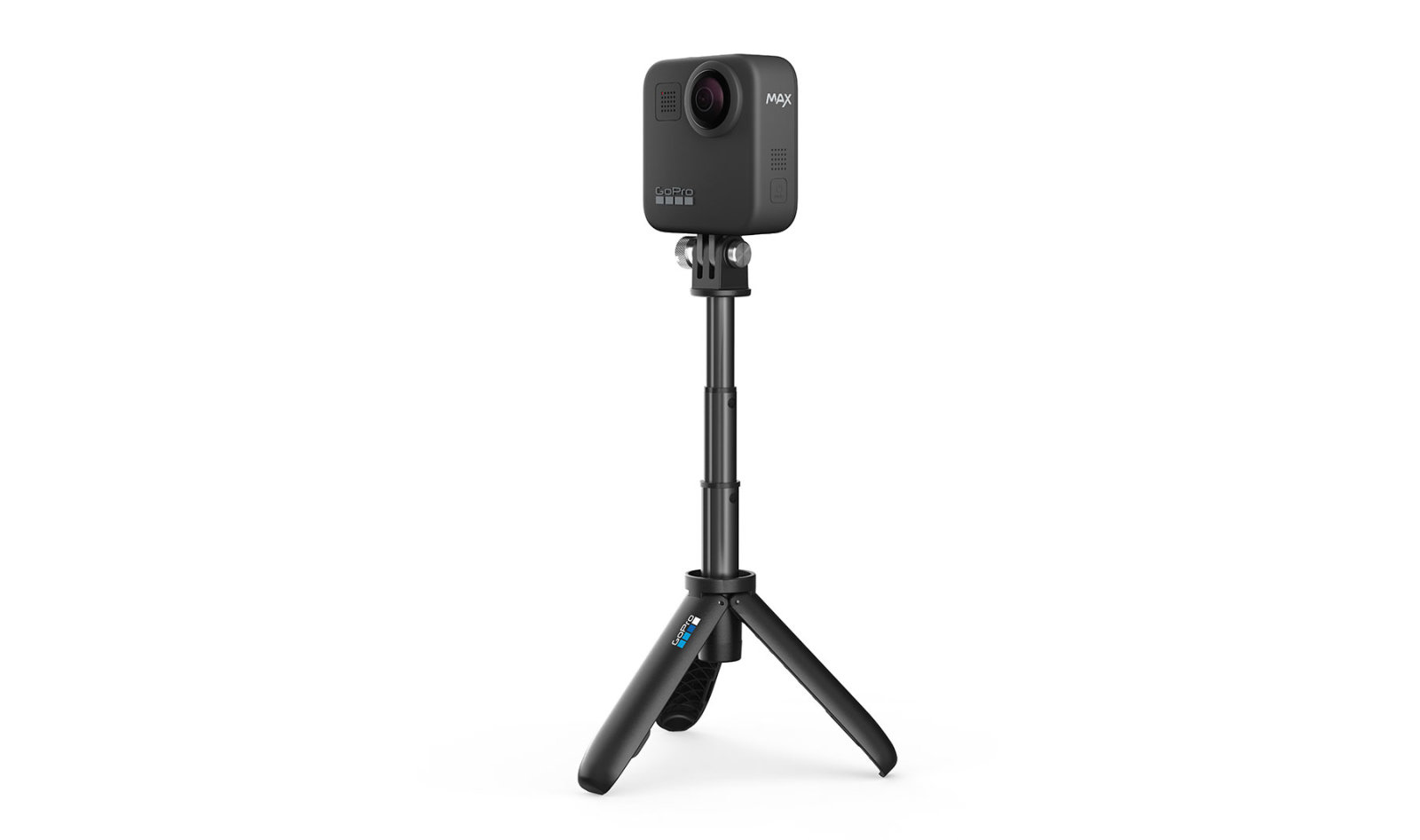 The companion mobile app seems promising too. From a brief demo, it looks like editing within a 360 video could be as simple as setting markers on what you want to be in frame next, and the software will handle = the transition. If this part of the process is as simple as it sounds, then 360 cameras finally might make sense for the majority.

What is definitely clear is that GoPro wants this in people’s hands. When Fusion launched, it cost $699, whereas Max will debut at $499. Given that GoPro itself claims the Max can best the Hero 8 in some key areas, it could be interpreted as the top of the range. That said, Max isn’t nearly as comprehensive in shooting modes and resolutions for regular video, so there’s still a decision to be made here for those that want the “best” GoPro.

One slightly more immediate factor, if you are weighing the Max up against the Hero 8 Black, is the availability. You can buy a Hero 8 today, but Max is only up for pre-order, with shipments pegged to begin on the 25th of this month.

Don't miss a deal at Sephora
Best offers at Myprotein
Discounts, Sales and Deals at Currys
Save your money with Argos
Online-Shopping with Virgin Media
Best products at Vodafone UK
Latest Posts