Get ready for even more third-party AR filters on Instagram

Amidst announcements of a new Messenger, a new Facebook app and new VR headsets, the company snuck in a quieter, less flashier update: it’s now allowing creators to make and publish their own AR effects and filters on Instagram. Right now, the only Instagram camera effects you see are made entirely in-house. Thanks to Facebook opening up its Spark AR Studio tool to Instagram, however, you might eventually see all kinds of AR effects made by, well, pretty much anyone.

“If you use the Instagram camera, you’ll see all these AR effects, and they’re all built with Spark,” said Matt Roberts, a Spark product manager. “Now we’re allowing anybody, not just people who work for Instagram, to build their own effects for their own cameras.”

Facebook launched its Camera Effects platform in 2017, which was then renamed to Spark AR last year. Pretty much every AR experience you encounter across Facebook’s family of products was made by Spark AR. According to CEO Mark Zuckerberg, more than one billion people have used AR experiences powered by the company’s Spark AR platform so far. For over a year now, developers have been experimenting and uploading their own effects on Facebook’s camera app, while the Instagram program was in a closed beta. But now it’s open, allowing even more developers to make their own Instagram filters.

What this means for you and me, is even more AR effects on Instagram than ever before. You might see them from brands you follow; maybe Ray-Ban will release an AR effect that’ll let you try on sunglasses, or maybe Marvel will publish different superhero AR masks for you to try on. During the aforementioned closed Instagram beta, it has already implemented third-party filters from Kylie Jenner, Buzzfeed, Vogue, the NBA and more. 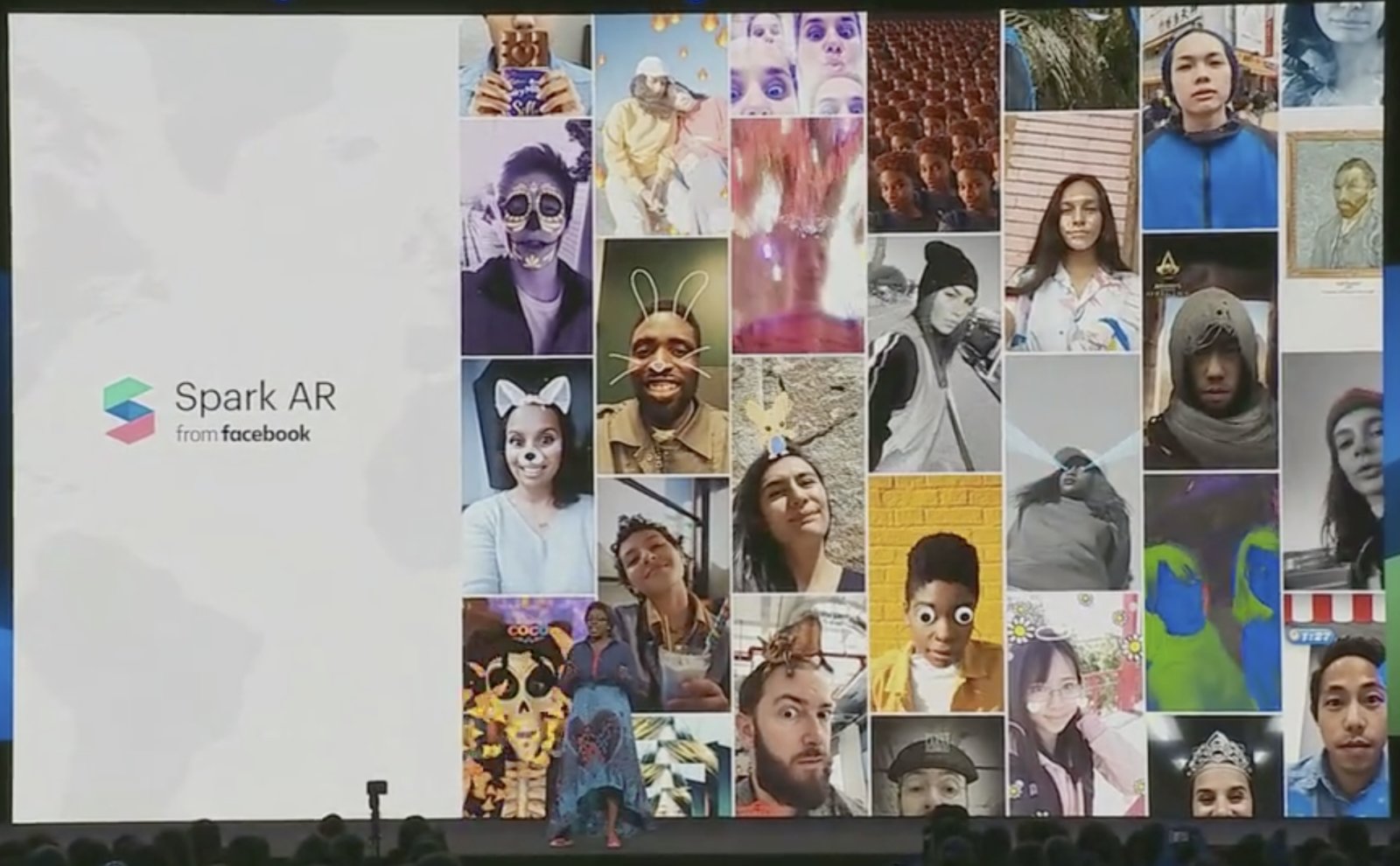 The Spark AR Studio is apparently so easy to use — we’re talking drag-and-drop functionality — that any artist or creator can make their own AR filters and publish them on Instagram with relative ease (Roberts did tell me there’s a team that’ll vet the AR filters to make sure they’re appropriate before publishing). Spark AR Studio is free and runs on both Windows and Mac OS.

After creating their AR effect, creators can then publish it to their Instagram profile, or share it on a story. When followers see the effect, they can select it and use it in their stories. Their followers can then do the same thing, creating a domino effect and potentially sparking a viral phenomenon. Each third-party-created AR effect will say who the creator is on the bottom, so the original account will still get all the credit, and perhaps a few extra followers in the process.

With so many AR effects and filters on Instagram in the pipeline, however, it’s going to be a little difficult to find the one you want. For now, the best way to find the latest and greatest AR effects is by following your favorite creators (You can find some over at Lenslist or follow the Spark Creators account). Eventually though, they’ll be easier to locate. According to Roberts, Instagram is working on discovery solutions and ways to surface the AR effects you might be interested in.

“We’ve had folks who are relatively unknown creatives getting access to thousands of followers,” said Roberts. “We think AR is a new creative medium for all kinds of artists.”

Don't miss a deal at TalkTalk Phone and Broadband
Best offers at Turbo Tax
Discounts, Sales and Deals at Udemy
Save your money with H&R Block
Online-Shopping with Newegg
Best products at Mobiles
Latest Posts