Effective navigation and a host of features, the Garmin DriveSmart 65 is a real driver’s satnav

Chances are you already own a perfectly good satnav device. It’s the one in your phone and, whether you own an iPhone or an Android handset, it’ll be pretty good, too. So, if you’re even going to consider spending £230 on a separate navigation device, it’s going to have to be impressive.

Enter the Garmin DriveSmart 65, a dedicated satnav for your car with a sharp 6.95in display, which promises clear and uncomplicated directions, up-to-the-minute traffic reports, voice control and a long list of additional safety and other features.

If your car is relatively new, most of what this Garmin has to offer is probably already built in. For owners of older cars, however, the DriveSmart 65 offers a very tempting package.

Garmin DriveSmart 65 review: What you need to know

The DriveSmart’s 6.95in screen size is just about ideal for its purpose. It’s large enough and the screen sharp enough at 1,024 x 600 to clearly show details at tricky junctions, while at the same time remaining compact enough that it shouldn’t obscure the road once mounted on the windscreen.

It’s well designed, too. The suction-cup mount that attaches it to your windscreen creates a good, strong seal and a quick-release clip allows you to attach and remove the device from the mount easily, so you can stow it somewhere out of sight when you park your car.

The touchscreen is as responsive as a mid-range smartphone, with menus opening up quickly when you tap buttons and the map expanding smoothly when you pinch to zoom.

Setting your destination is simple, and you can set it using the postcode, street name, point of interest or coordinates. The Garmin can find a parking space close to your destination and navigate directly there. If you need to stop off on the way – at a petrol station or supermarket, for example – you can find a location near your route and navigate there in as little as four clicks. 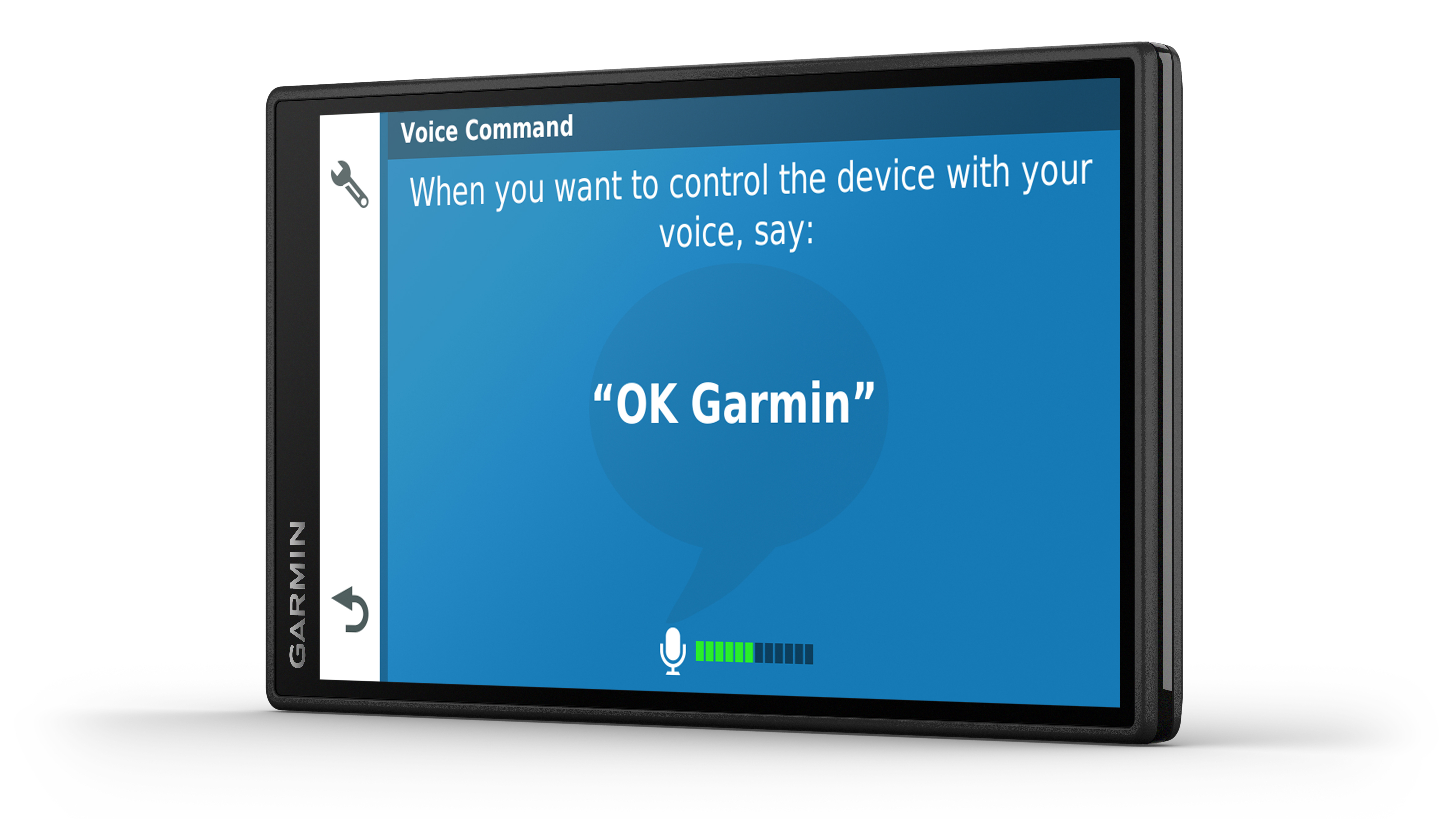 The standard route display isn’t as clear as you’ll find from an equivalent device from TomTom. However, when it comes to complicated junctions, this Garmin is in a league of its own. Clear 3D diagrams show which lane you need to be in as you approach, and they pop up more frequently than they do on TomTom satnavs.

In addition, the voice prompts are genuinely useful, explaining that you can drive in either of the two outside lanes, for example, rather than offering a standard “keep right” instruction. On a route such as London’s North Circular where lanes disappear and the road splits, this makes it hard to take a wrong turn.

The device also includes maps for 45 countries across Europe preloaded so, unlike Google Maps, you can keep using it in remote areas where you may not have a data connection. 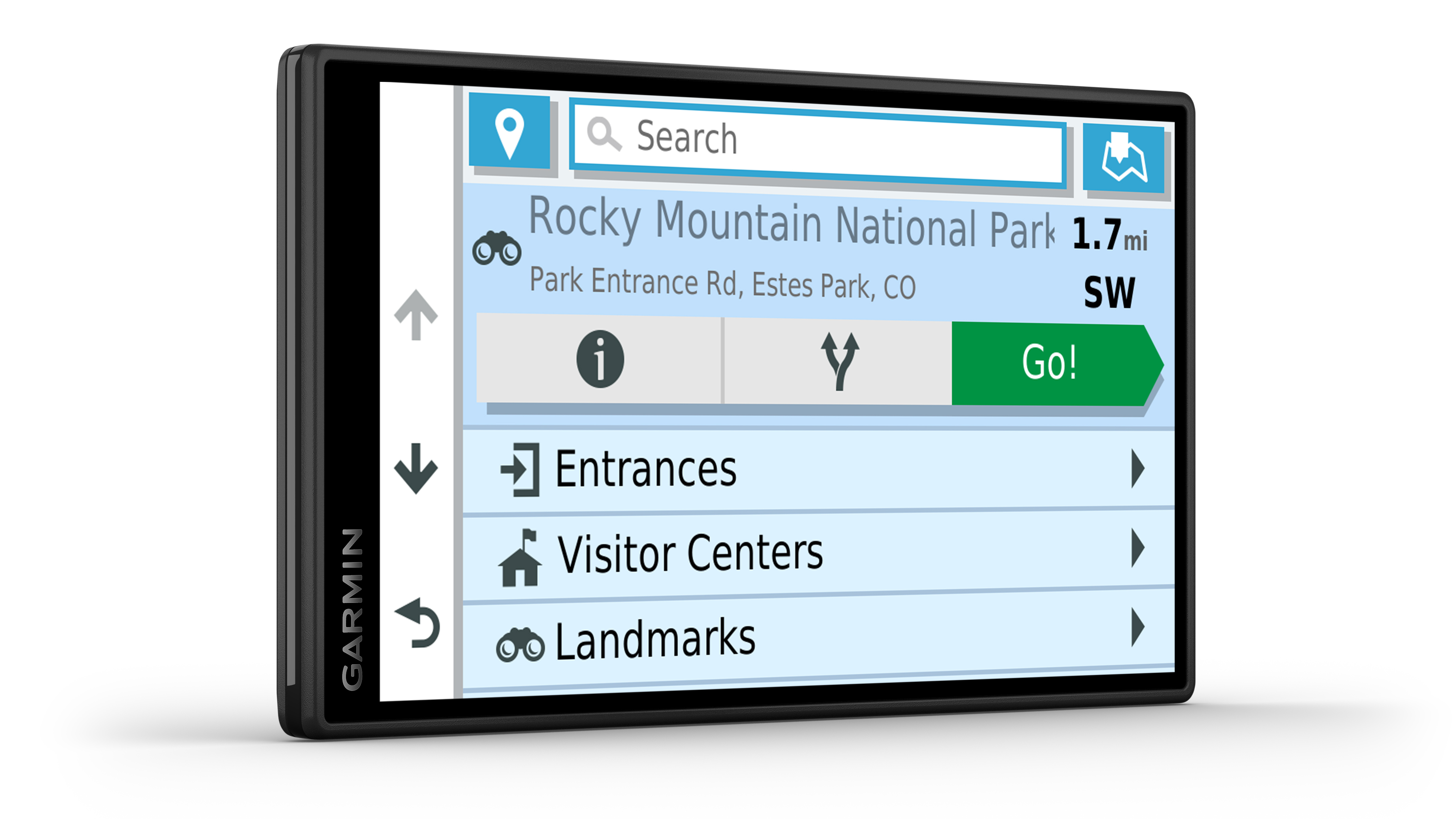 As for traffic information, that’s where things begin to get complicated. The Garmin 65 is available in two models, with either “Live Traffic” (£230) or “Digital Traffic” (£250, reduced to £230 on Amazon, currently). The former gets traffic information via a pairing with your smartphone and the Garmin app; the latter receives it over the air via radio frequency and doesn’t require pairing with a smartphone at all.

In my experience, the Live Traffic method works more reliably anyway, so you’re better off saving your money and opting for that version. In terms of the quality of the traffic information itself, TomTom devices remain slightly more accurate at identifying slow-moving traffic, but there’s not a great deal of difference.

The Garmin DriveSmart 65 isn’t just a plain satnav, though. It’s also crammed with additional functions, including the ability to take and make hands-free calls, display text messages and alerts and allow you to dictate them.

You can use the touchscreen to control all this but it’s more convenient to employ Garmin’s own voice controls system, by saying “Okay Garmin” and then asking it to either make a call or set your destination. It’s reasonably effective but I found it struggled to cope with strong regional accents. If voice control is the feature you really want, you might want to wait until the Alexa version is released later on this summer.

The 65’s other extra features are more humdrum. As with other satnavs, the DriveSmart 65 monitors your speed and warns you if you’re exceeding the limit for the road you’re on; there are speed-camera alerts, too, which can be updated over Wi-Fi, just like the maps.

If you want a constant chorus of alerts, you can have the 65 warn you when you’re near potential hazards such as schools. It can also advise when you’ve driven for long enough and need a break, or give recommendations for places to visit from Foursquare and TripAdvisor.

Finally, it’s also possible to buy an extra camera for the rear of your car (£130) and link it to the screen for better visibility when you’re reversing. This truly is the satnav that does everything.

But there will always be a place for devices as good as the Garmin DriveSmart 65, with its large, sharp screen, excellent guidance at junctions and superb ease of use. Add a gaggle of driver-focused features, such as speed-camera and speed-limit alerts, and you have one of the most flexible, effective navigation devices on the road. It’s expensive, but well worth the cost of entry.

Don't miss a deal at Boohoo
Best offers at John Lewis
Discounts, Sales and Deals at Bodybuilding
Save your money with Intuit Small Business
Online-Shopping with Marks and Spencer
Best products at Turbo Tax
Latest Posts