The Fujifilm GFX100S is the latest member of the company’s medium format GFX series – and thanks to a relatively small body and price tag, it could be the range’s breakthrough camera for professionals.

Like the Fujifilm GFX100, the GFX100S has a monstrous 102MP sensor, but it crams that along with a range of other improvements into a body that’s smaller than the Fujifilm GFX 50S, a 51.4MP model that it surprisingly replaces.

In many ways, the GFX100S is a mix of the GFX100 and GFX 50S, combining the SLR-styling of the latter with the incredible resolution of the GFX100. 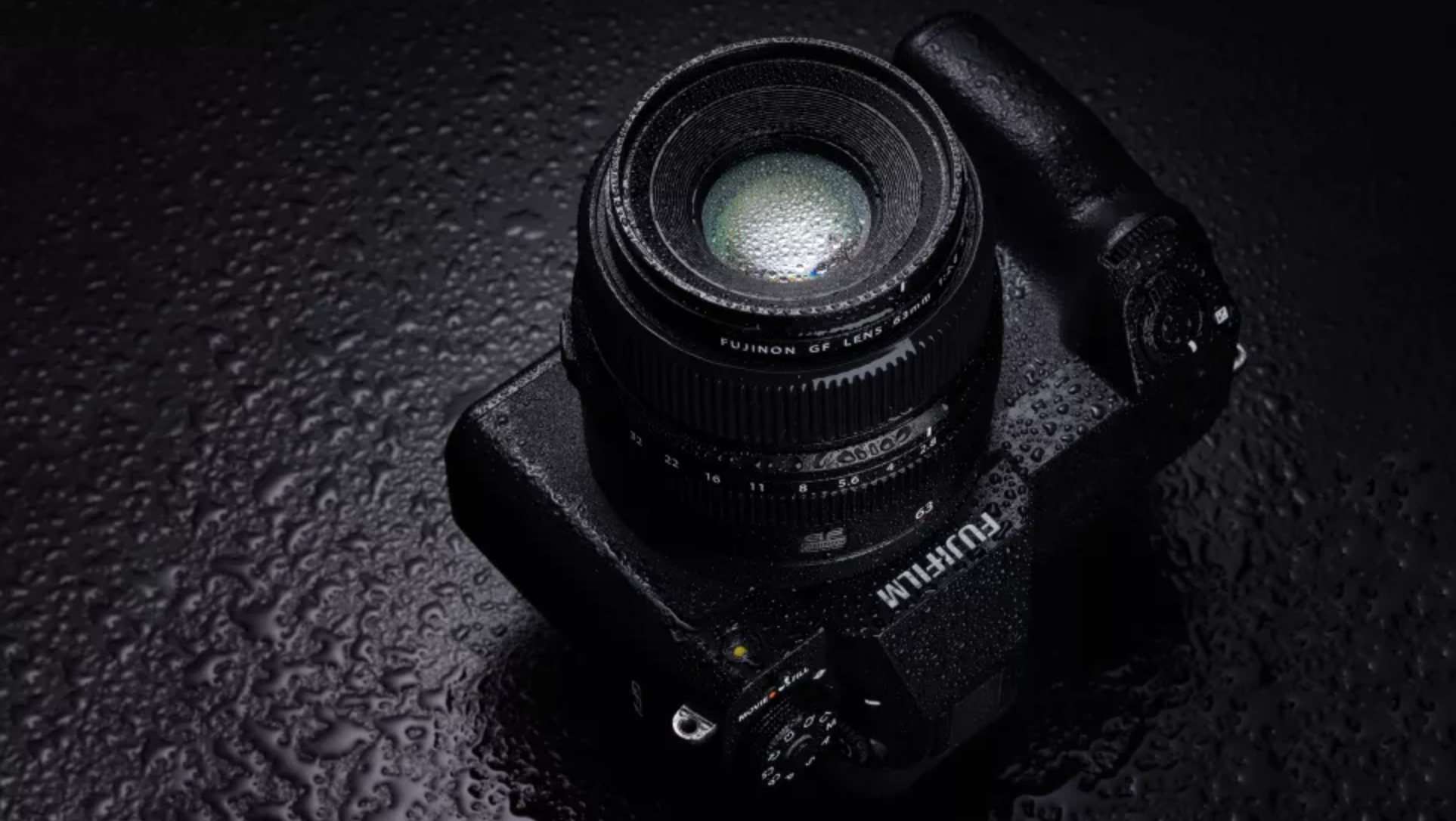 With medium format shooting offering peerless dynamic range and low light performance, even compared to full-frame beasts like the Sony Alpha 1, it could be a very exciting prospect indeed for professional shooters.

But what other treats has Fujifilm packed inside the GFX100S and when can you buy it? Our in-depth round-up has all the answers.

That’s not exactly ‘affordable’ for most photographers (even professionals), but it’s important to put that price tag in context. After all, this is the first time a 102MP medium format camera has been in that ballpark. 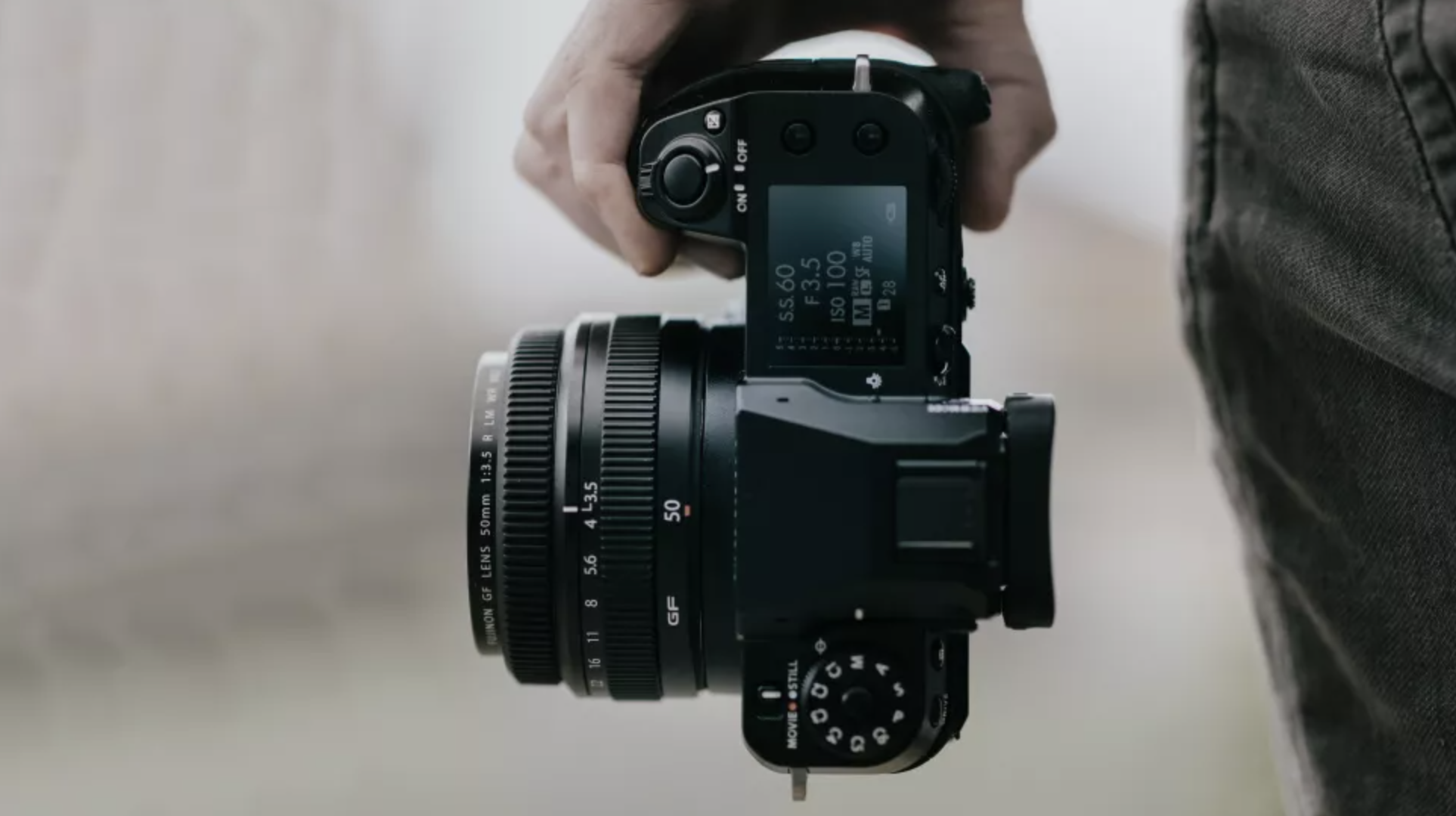 In this sense, then, the Fujifilm GFX100S and Sony Alpha 1 could be battling it out for the attention of professional photographers who need serious resolution. But they’re also very different cameras, as you’ll discover in our specs and design sections.

The Fujifilm GFX100S’s most noticeable change from the GFX100 is its much smaller design, but it also brings a lot of new features for both still and video shooters.

The camera is built around the same 102MP medium format sensor as the GFX100 and has Fujifilm’s latest X-Processor 4. But Fujifilm is claiming some big improvements for the autofocus performance, with the AF tracking and Face/Eye detection both upgraded. 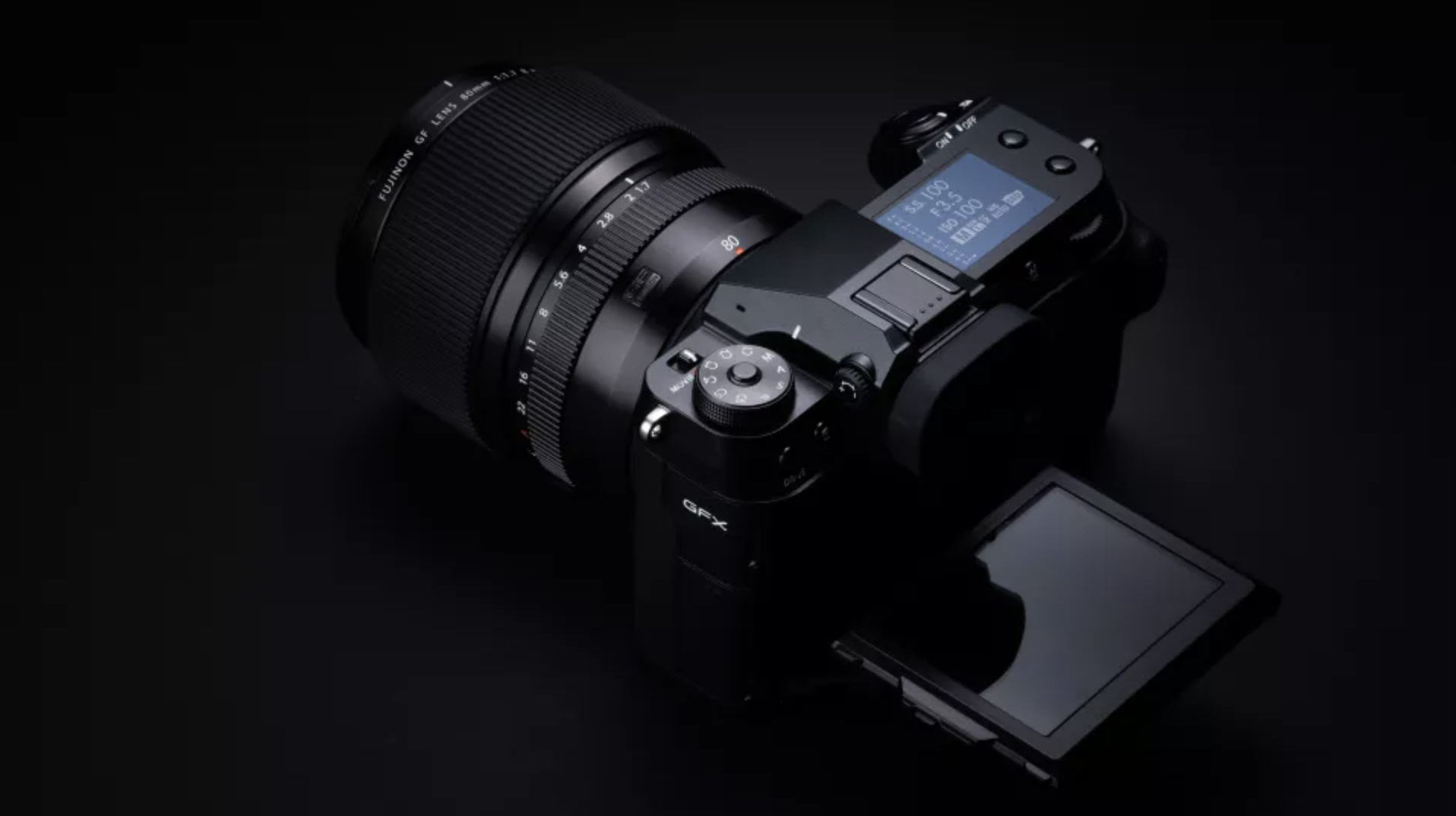 The claimed 0.18s focusing speed means that it might also be possible to use the GFX100S to shoot moving subjects like sports and animals. While its max 5fps burst shooting (with AF-C) falls way short of the Sony A7R IV and Sony A1, that’s still impressive for a medium format camera, which have traditionally lived in studios.

Fujifilm has also redesigned its in-body image stabilization system for the GFX100S, which should help boost its handheld shooting credentials. A new Gyro sensor and detection algorithm should give you around an extra stop of stabilization compared to the GFX100 with most lenses. With most GF lenses, you get an impressive 6 stops of compensation.

Another welcome addition to the GFX100S is the new NP-W235 battery, which we saw on the Fujifilm X-T4. This promises to deliver 460 shots per charge – that’s less than 800 shots managed by the GFX100, but that camera has a non-removable battery grip that adds to its considerable heft. 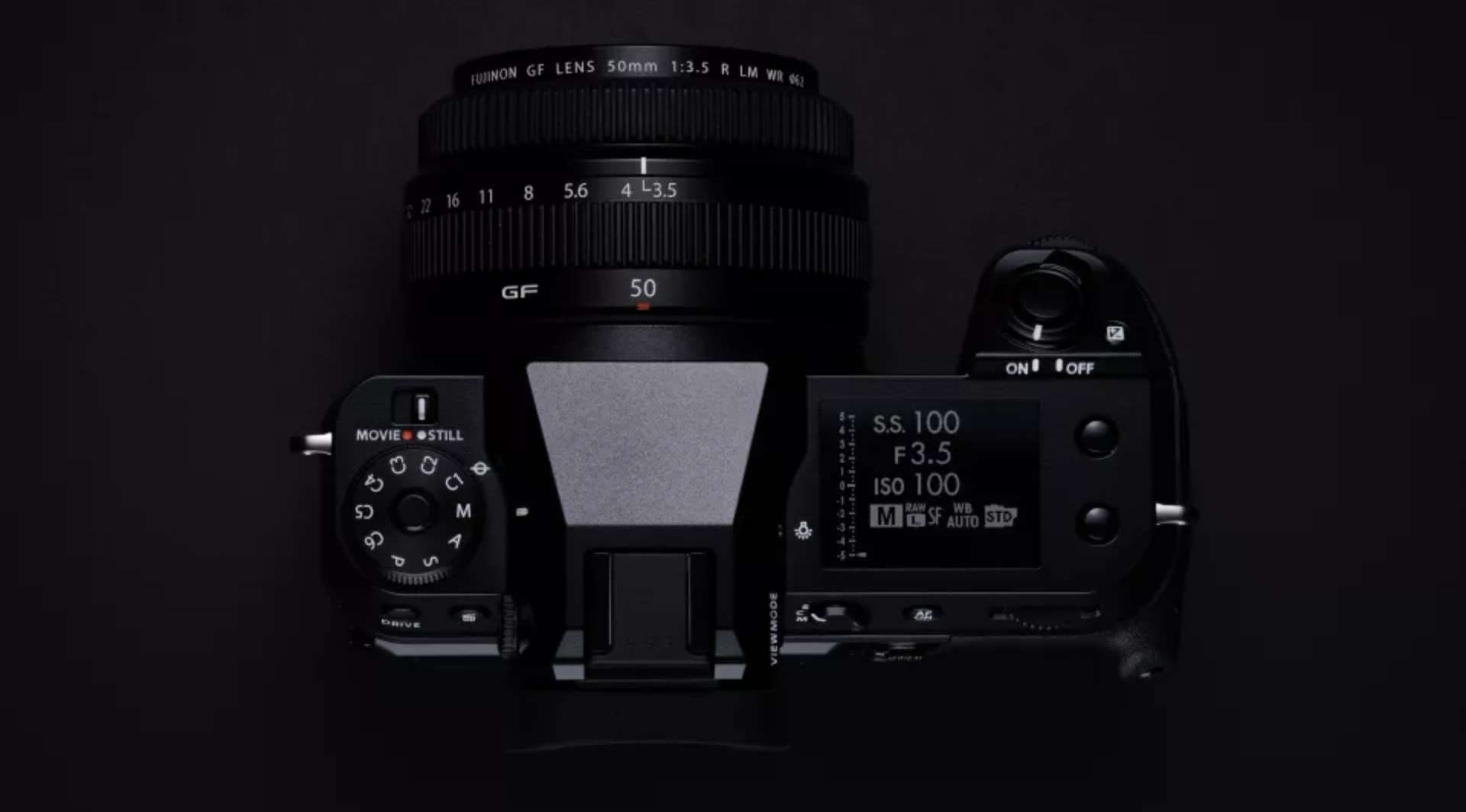 While the Fujifilm GFX100S is predominantly a stills camera, it’s also a pretty powerful tool for 4K/30p video too. You don’t get 8K resolution like the Sony A1 and Canon EOS R5, but the medium format sensor’s dynamic range and 400Mbps bit-rate should produce some impressive results, and you now get a digital image stabilization option (with a 1.1x crop) for handheld shots.

If you’re looking color-grade your videos, you can also shoot in F-log and ProRes raw (12-bit over HDMI) and Fujifilm says you can record 120 minutes of video at a time.

The big calling card of the Fujifilm GFX100S is that it’s a 102MP medium format camera that’s designed for handheld shooting – while that’s also the case with the GFX100, the new model’s compact design takes it to new levels.

This is partly the result of the removal of the GFX100’s built-in vertical battery grip, which we weren’t huge fans of, but also what Fujifilm says is a complete redesign of the whole body. 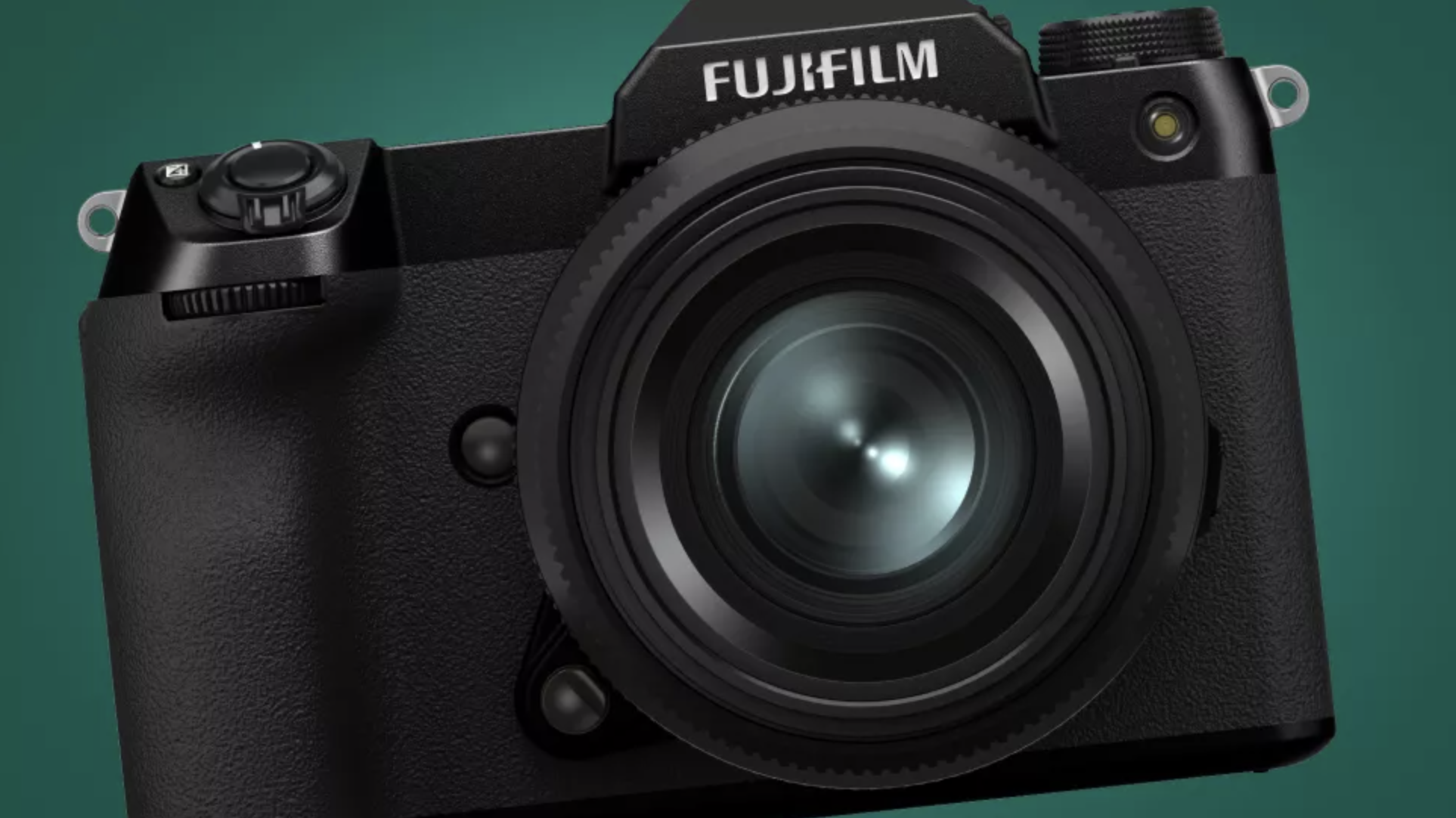 Of course, the GFX100S is by no means a small camera, with that 900g body being bigger and heavier than most full-frame DSLRs. But like the GFX 50S, it will be possible to carry it around in a relatively small shoulder bag, along with some prime lenses, which is a huge deal for medium format camera.

Like the GFX100, its body is weather-resistant, but its new shutter is apparently 22% smaller and 16% lighter. There’s also a new 3.69-million dot EVF with 0.77x magnification and an 85fps refresh, although this falls some way short of the 9.44-million dot EVF on the Sony A1, which has an impressive 240fps refresh rate.

On the back, you get a new AF joystick, and there’s also decent connectivity in the form of a 3.5mm headphone jack, dual UHS-II SD card slot and USB-C port. Perhaps the only downer for video shooters is that it has a micro HDMI port, rather than a more reliable full-size HDMI one.

Don't miss a deal at Groupon
Best offers at Marks and Spencer
Discounts, Sales and Deals at Argos
Save your money with EE Mobile
Online-Shopping with Sky
Best products at EBay DE
Latest Posts