The Denon DHT-S126 is an all-in-one soundbar that will enhance your home audio without breaking the bank. Its big hook is DTS Virtual:X, which seeks to create something resembling a surround sound experience without the need for an expensive multi-speaker setup. It’s certainly impressive and goes a long way to helping the DHT-S216 soundbar standout in a crowded marketplace.

What do you get for the money?

For what is a very reasonable price, you get a 2.1 soundbar with dual mid-range drivers and tweeters and two built-in, downwards-firing subwoofers. There’s no separate subwoofer and you don’t get rear speakers as part of the package, it’s just a single bar designed to meet all of your AV needs.

You do get a few extras, though. Included with the DHT-S216 are the obligatory power cable, an HDMI cable, optical digital cable, remote control (with one AAA battery), a wall mount template and two wall mount spacers.

How well connected is it and how easy is it to set up?

The DHT-S216 keeps things simple when it comes to connections and hooking it up to your TV couldn’t be easier. There’s an HDMI (ARC) out, so, assuming your TV has HDMI ARC support, you simply connect it to the soundbar using the HDMI cable. When connected, this way, any other audio sources connected to the TV will play through the DHT-S216, making it the ideal all-in-one sound hub.

In addition to the HDMI ARC port, there’s an HDMI input for connecting consoles and Blu-ray players directly, an optical in, AUX-in and subwoofer out. The soundbar doesn’t have smart functionality or a Wi-Fi connection, which isn’t a surprise given the price but you can stream audio wirelessly to it via Bluetooth 4.2. Measuring 89 x 12 x 6cm (WDH) the DHT-S216 is best suited to use with TVs over 43 inches. We tested it with a 49in Sony and it slotted neatly in front of the television without obstructing the remote control sensor. It’s a pretty lightweight bar when compared with some of its rivals, and at 3.4kg, can be easily mounted if your TV is on the wall.

How does it sound?

Sonically, the DHT-S216 performs well regardless of the input source and you’ve got plenty of options in terms of customising your audio experience.

The most stripped-back listening option is the Pure setting, which is a neutral sound profile that plays audio as intended by the creator. There are also Music, Night and Movies modes, which all work well, although the differences between them aren’t as pronounced as they might be. The soundstage feels slightly wider in Music mode, while in Night mode, the dynamic range is decreased to improve audio at lower volumes. 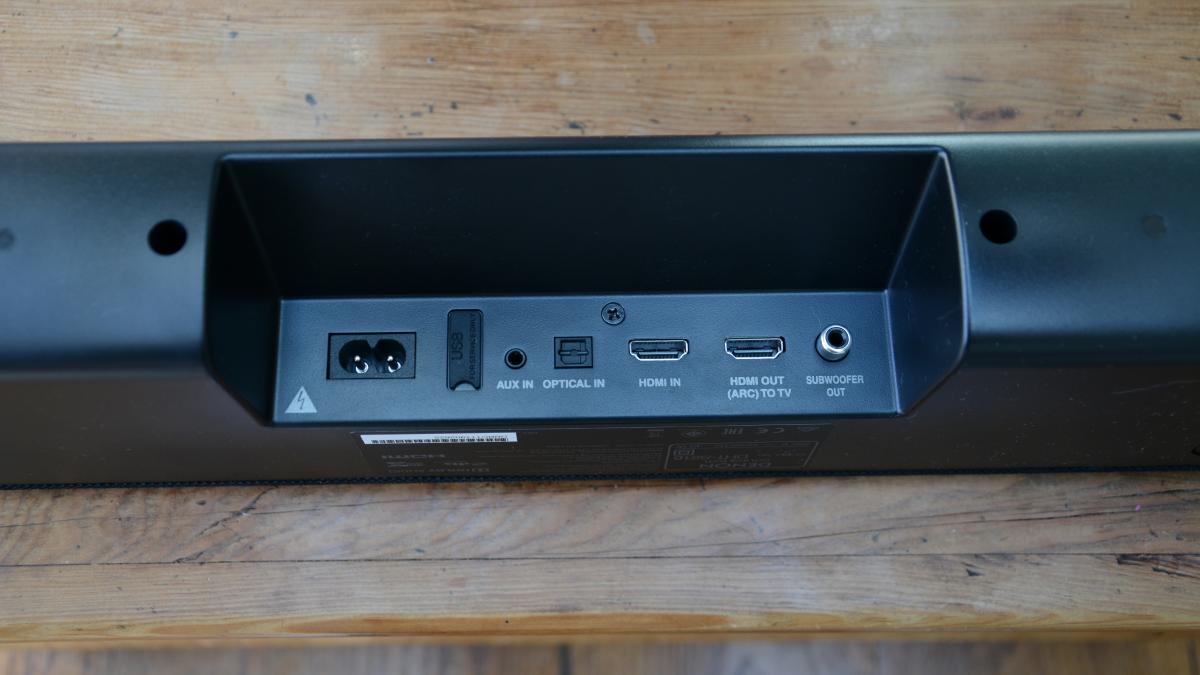 Movie mode is the bassiest and most immersive of the three options but I found dialogue a little hard to pick up at times with it active. Fortunately, there are Low, Medium and High dialogue enhancer options, which very effectively accentuate on-screen conversation. Bass can also be adjusted and when maxed out delivers an impactful low-end rumble.

The DHT-S216 is capable of outputting 120W, which was more than enough to fill my average-sized games room. Sound quality does dip the closer you get to maximum volume, but I never felt the need to go that so loud so it didn’t prove too much of an issue.

There’s support for the Dolby Digital Decoding format but the DHT-S216’s biggest selling point is its inclusion of DTS Virtual: X, which can be activated while in Movie or Music mode.

What is DTX Virtual:X and how does it work?

DTS Virtual:X is an audio technology that recreates surround sound without the need for multiple speakers. It does so by analysing audio signals and using psychoacoustic algorithms to simulate where they would be placed in a 3D space, which can include areas above and behind the listener.

The result is an audio experience that tricks you into thinking you’re in a room full of speakers, while in reality, in the case of the DHT-S216’s, it’s just a single 2.1 soundbar doing all the work. 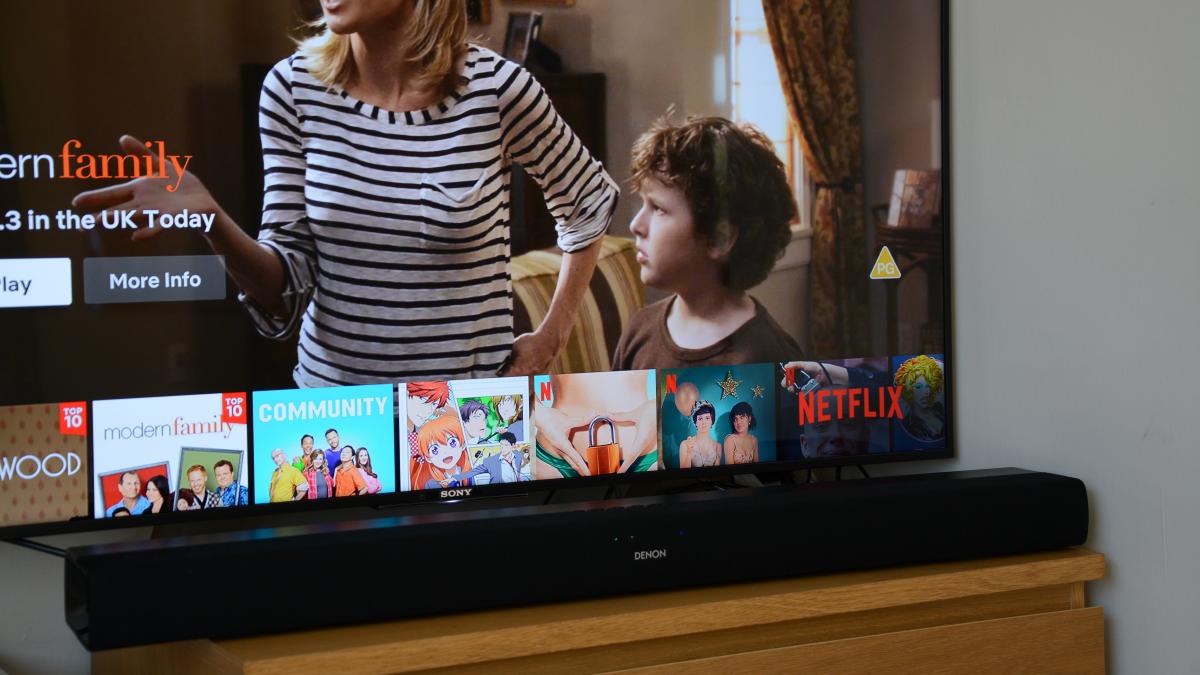 I found the feature worked well and enhanced almost everything I listened to, successfully adding height and scale to the audio. This was particularly apparent during a scene in the film Divergent, when a flock of birds swarm around the main character. I really felt the birds were swooping out of the sky to bombard me from all directions, which was frankly pretty terrifying.

DTS Virtual:X can’t compete with a true surround sound experience created by multiple speakers but it definitely adds to the immersion. It’s a feature that I wanted active throughout testing and, when it wasn’t, I felt like I wasn’t getting the best out of the soundbar.

Should I buy it?

The DHT-S216 is a great mid-range soundbar. It’s clear Denon’s focus was on getting the sound right and it has certainly succeeded here; this is a soundbar that’s an impressive listen no matter the audio source. Well thought out modes allow you to tailor your it to your own liking and it’s a breeze to switch between them.

DTS Virtual:X is, without doubt, the standout feature, elevating audio and increasing immersion. It’s not true surround sound but, considering the soundbar’s competitive price, it’s an impressive attempt at creating it. If you don’t have the space or budget for a set of surround sound speakers but want something resembling the experience, you could do far worse than opt for the Denon DHT-S216.

Don't miss a deal at EBay DE
Best offers at Sky
Discounts, Sales and Deals at Farfetch
Save your money with Bodybuilding
Online-Shopping with Go Daddy
Best products at Boohoo
Latest Posts