DALI (Danish Audiophile Loudspeaker Industries) was founded in 1983 to create “loudspeakers with outstanding performance and natural sound at competitive prices.” Since then, the company has upheld that mandate with many wonderful-sounding speakers, including the recently reviewed Rubicon 6.

Now, DALI has entered the headphone arena with its IO-4 and IO-6 models. When I tried on the IO-6 at CES 2020, I was impressed with what I heard, so I requested a review sample. After more extended listening, I’m even more impressed than I was in Vegas. (Editor’s note: In case you find our font confusing, DALI’s IO branding is eye-oh, not one-zero.) 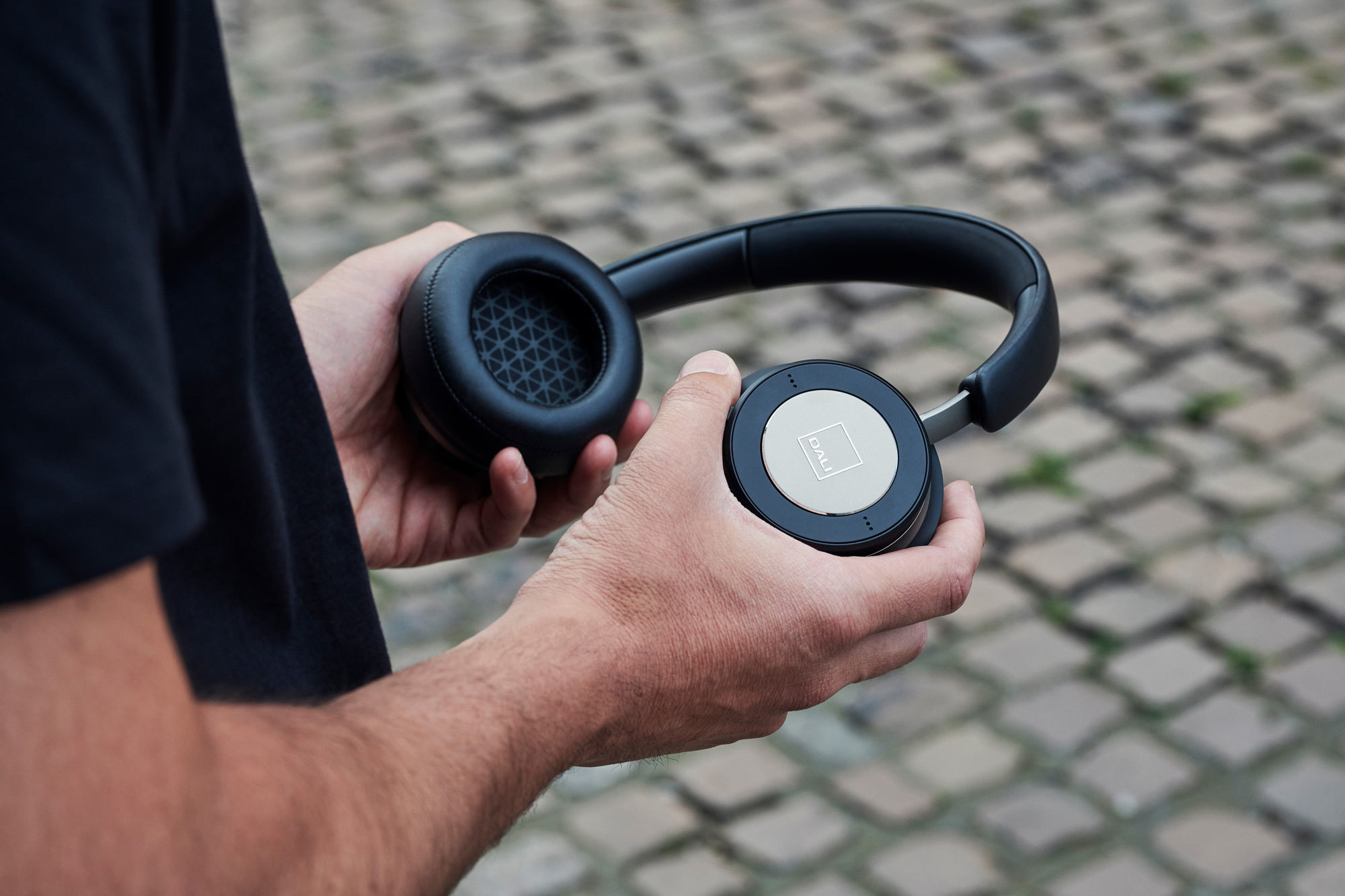 The IO-4 and IO-6 are both Bluetooth-enabled wireless headphones available in two colors: Iron Black and Caramel White. Their over-ear, closed-back design uses replaceable memory-foam earpads covered with synthetic leather, which are quite comfortable and form an effective seal around the ears. This provides passive noise isolation at mid and high frequencies, but it can’t do much to block low-frequency ambient noise.

That’s where active noise cancellation (ANC) on the IO-6 comes in. (The IO-4 does not include ANC.) Like virtually all other headphones with this feature, ANC reduces the level of low-frequency ambient sound using phase cancellation, which lets you hear more detail in the music at lower volumes. That extra bit of electronics also adds five grams to the weight (325 vs. 320 grams or 11.5 vs. 11.3 ounces), which is still on the light side.

The IO-6 also offers a Transparency mode that mixes external ambient sound into the headphone audio, so you don’t miss an approaching siren or a flight attendant’s instructions. In this mode, low frequencies are not phase cancelled. 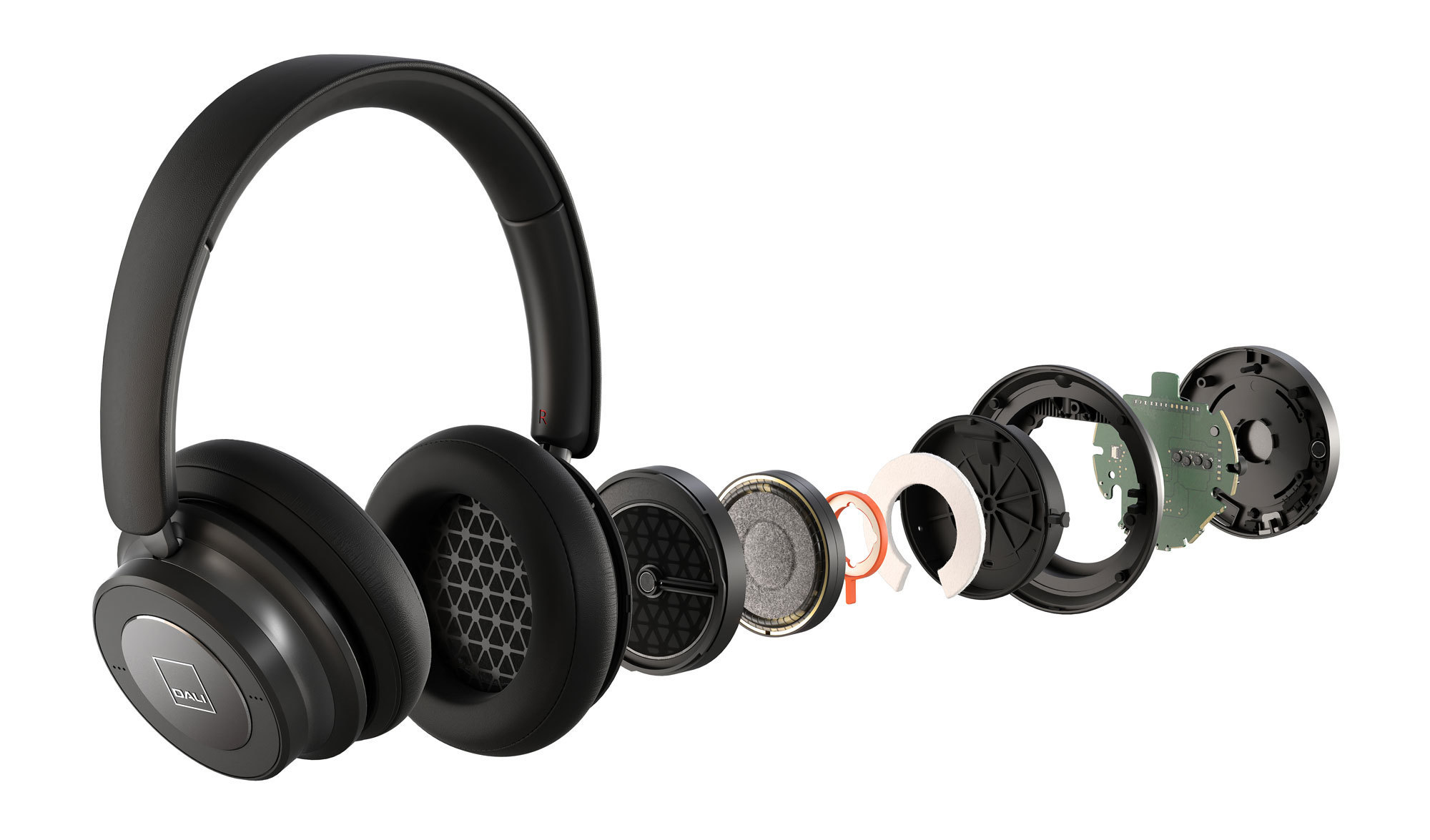 Both models employ a custom-designed, 50mm, free-edge paper-fiber cone driver with a neodymium magnet in a cavity designed like a small speaker cabinet. The frequency response extends from 10Hz to 20kHz with a maximum sound-pressure level of 100dBA. For wireless communications, they implement Bluetooth 5.0 and support the AAC, aptX, and aptX HD codecs.

Like most wireless headphones these days, the IO models can also serve as the input and output for phone calls thanks to the onboard microphones. A feature called CVC (Clear Voice Capture) filters out background noise to ensure the user’s voice is heard loud and clear at the other end of the call.

The electronics are powered by a high-capacity, 1100mAh lithium-ion battery. It provides up to 30 hours of use in the IO-6 and an amazing 60 hours in the IO-4. Connections include a USB-C port at the bottom of the right earcup for charging the battery and listening to music via USB as well as a 3.5mm analog-audio input at the bottom of the left earcup. 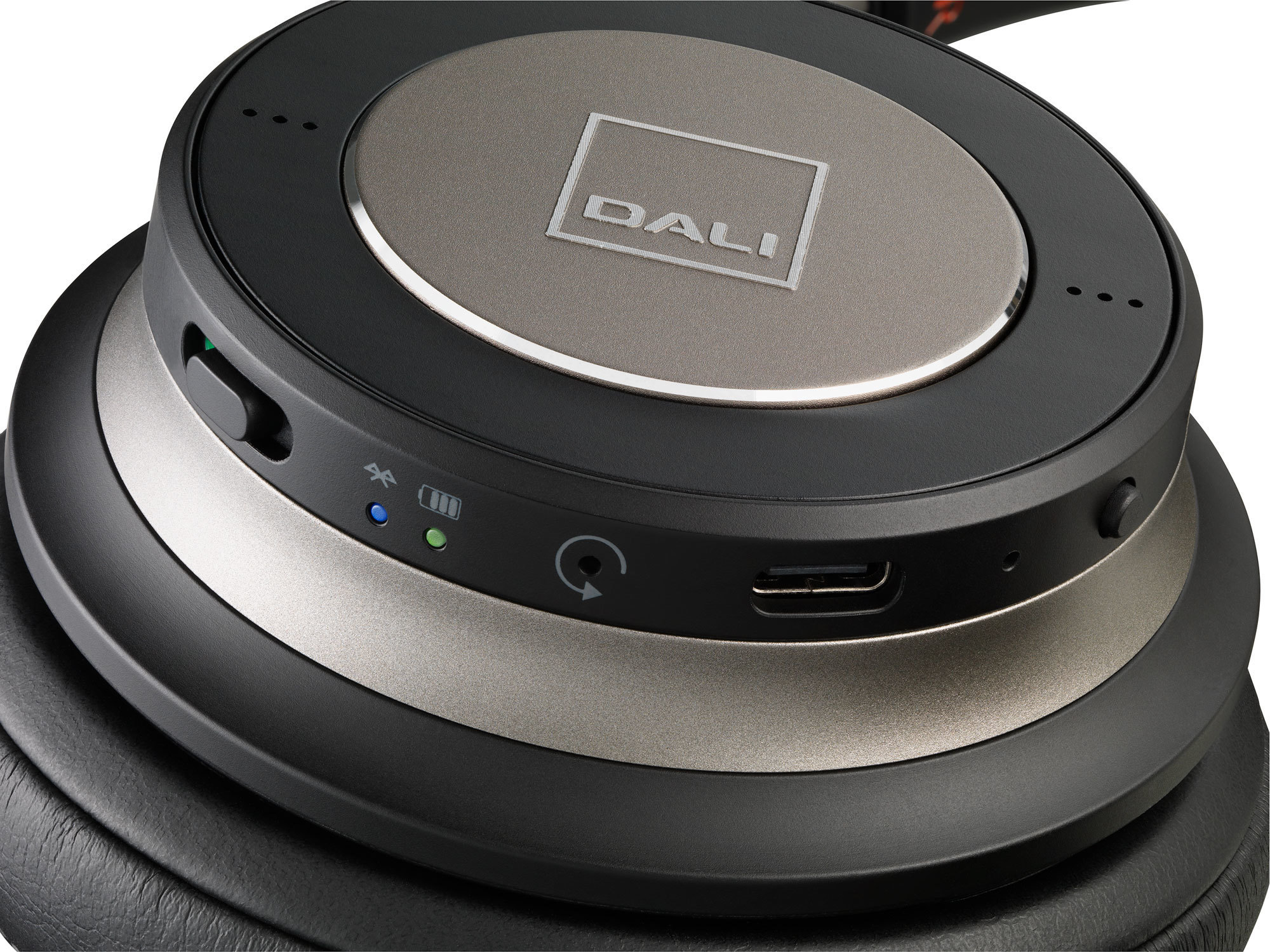 Aside from ANC, the only other difference between the two models is the included storage. The IO-6 comes with stiff-sided travel case, while the IO-4 comes with a drawstring bag. Those two differences add $100 to the cost of the IO-6 ($499) compared with the IO-4 ($399).

The main operational controls are touch-sensitive areas on the outside of the right earcup, though these are not capacitive; they actually move slightly, providing a bit of tactile feedback. Tap the central DALI logo once to play, pause, and answer or hang up a phone call; twice to skip to the next track; and three times to skip to the previous track. Tapping the upper part of the outer ring increases the volume, while tapping the lower part decreases the volume.

In addition, there are two physical controls located along the bottom of the right earcup, and they are well separated, making them easy to find by feel. A slider turns the power on and off and initiates Bluetooth pairing, while a pushbutton cycles through the ANC modes (On, Transparent, Off). Two LEDs near the power/pairing slider indicate Bluetooth and charging status.

Even better, the IO-6 provides audible confirmation of many actions. When you turn the power on, a pleasant male voice informs you of the battery level—a novel touch that I really appreciate. Likewise, when you power down, put the headphones into pairing mode, or activate ANC or Transparency mode, the same voice confirms the action. 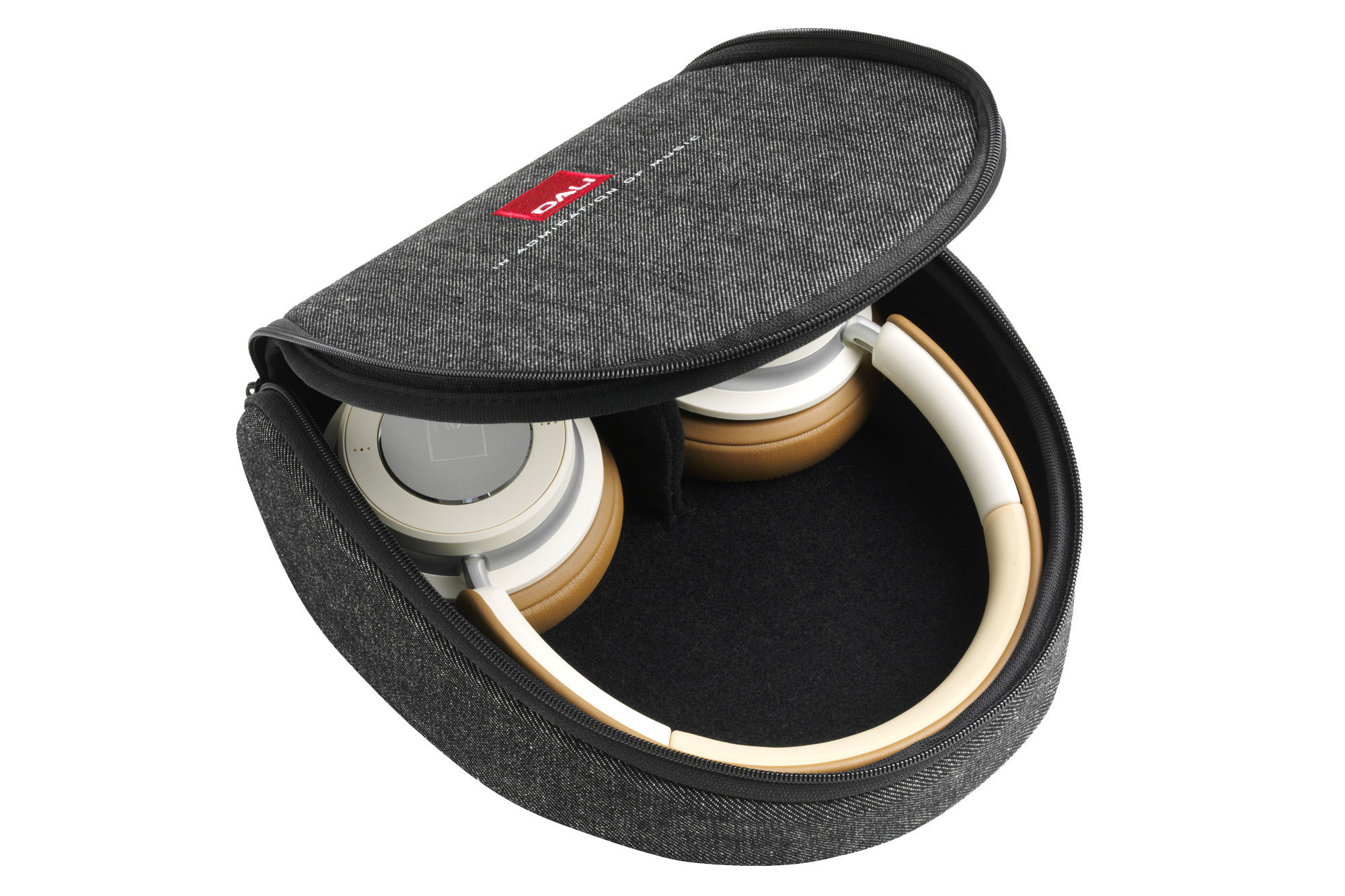 The DALI IO-6 feels very solid and well-built. Also, the earpads are quite comfortable, though they do clamp on my head pretty tightly; I assume that’s to make a good seal. At first, I thought the round earpads might not be large enough to encompass my ears, but they fit just fine.

I listened to various tracks from the Tidal Masters library on the IO-6, starting with “You’ve Got to be Carefully Taught” from James Taylor’s album American Standard. It was gorgeous! The guitars, viola, and James’ voice all sounded rich, warm, clear, and natural. It was so good, I kept listening to the next track, “God Bless the Child,” which also sounded fantastic.

Next up was Pat Metheny’s “America Undefined” from his album From This Place. All instruments in the large ensemble were clearly delineated with a rich, natural sound, and Metheny’s guitar was a joy to behold. During this track, I listened to the IO-6 with ANC on and off. The tonal balance was much the same in both cases, though the level was a bit higher with ANC off. 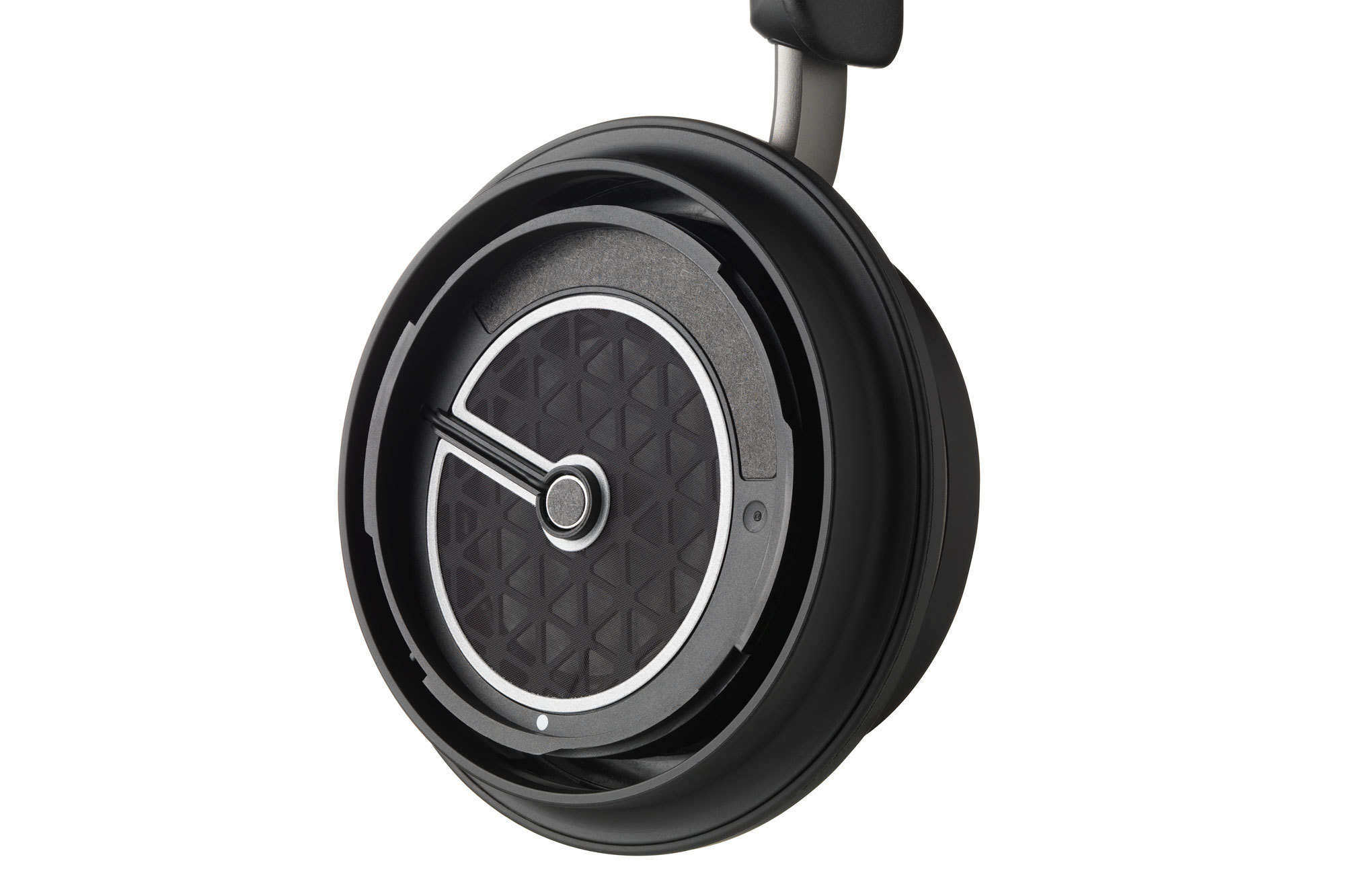 I’m a big classical-music fan, so I listened to the opening of Mahler’s Symphony No. 8, “Symphony of a Thousand,” as recorded during a live performance by the Munich Philharmonic under the direction of Valery Gergiev. As the title suggests, this piece calls for a very large orchestra and chorus. It also includes an organ part, which is featured in the opening along with some big brass, all of which sounded spectacular—smooth, rich, and very clear, with super-deep bass from the organ.

Deep bass was also on tap in the Olympic Fanfare and Theme as performed by the Los Angeles Philharmonic under Gustavo Dudamel in a live performance recorded at Walt Disney Hall for the album Celebrating John Williams. I’ve heard many concerts in that hall, and this recording is an excellent representation of that experience. On the IO-6, it sounded rich, smooth, and sonorous with exceptional bass from the tuba and organ.

For a bit of country, I cued up “Crazy Love” from Lady Antebellum’s Ocean. The vocals were beautifully rendered with sparkling guitars, clean drums, and rich fiddle. Listening with ANC on and off, the tonal balance was much the same either way, but the level was slightly lower with ANC on.

Turning to a more electronic track, I checked out “Chemical” from Beck’s album Hyperspace. The expansive sonic washes were adroitly rendered without overpowering the guitar and vocals, and the deep bass was quite impressive.

Finally, I listened to “when the party’s over” from Billie Eilish’s album When We All Fall Asleep, Where Do We Go? I’m not a big fan of Eilish’s voice; in particular, her breath support is weak, but her pitch and range are very good, and I find her musical ideas quite interesting. Listening to this track on the IO-6, her voice was up front with excellent intelligibility (unlike her live performances I’ve seen on TV), and the deep synth bass, piano, and background vocals all sounded great.

As usual with ANC headphones, I took the IO-6 for a spin in my car around the neighborhood to test its noise cancellation. ANC worked extremely well, greatly reducing road noise and the sound of rain on the roof while the music sounded as good as it did in my home. 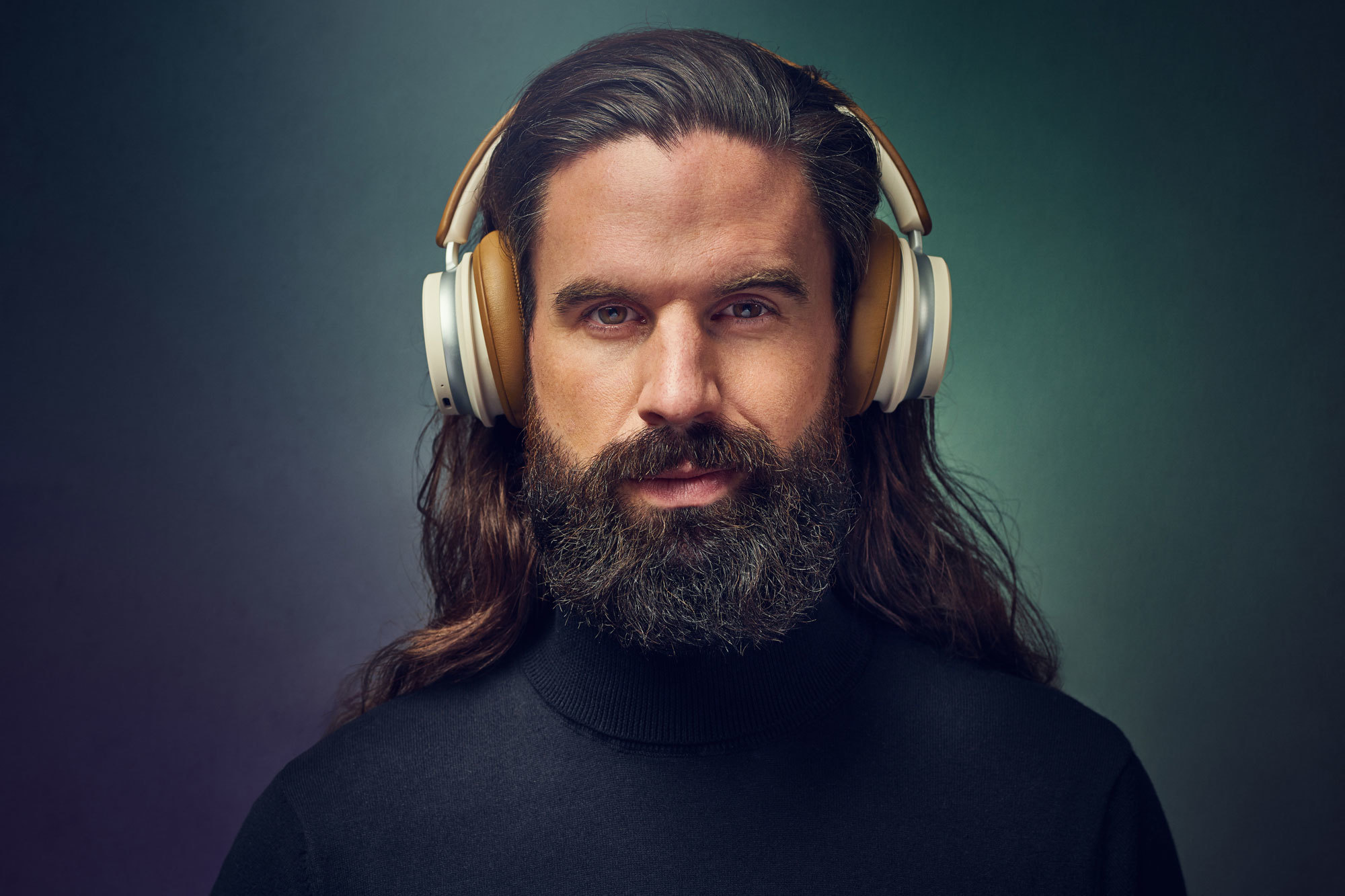 Comparison with the PSB M4U 8

Of the ANC headphones I’ve reviewed for TechHive, the PSB M4U 8 is the most appropriate to compare with the DALI IO-6. They have a similar list price and functionality, including the ability to be used as wired headphones if the power is off.

Each track sounded superb on both headphones. Overall, the DALI sounded slightly more laid back and warmer, while the PSB had a bit brighter and sharper tonality with a tad more immediacy. As I noted in my review of the M4U 8, it sounded a bit bloated in the bass with ANC on, whereas the IO-6 had a virtually identical tonal balance with ANC on or off, though the level was slightly lower with ANC on.

One more point of difference: The M4U 8 was a bit more difficult to seat well on my head. The ovoid shape of its earcups is less forgiving of placement than the IO-6’s round earcups. Granted, the PSB has plenty of room inside the earcups once they are placed correctly, but it took a bit of fiddling to get them in the right position.

Which one you will prefer comes down to personal taste. If you prefer a warmer, rounder sound, I recommend the IO-6. But if you lean toward a brighter, more forward tonality, the M4U 8 fills that bill. Also, keep in mind that the M4U 8 is $100 less than the IO-6 while still offering ANC (albeit a bit bloated when activated).

The DALI IO-6 is an exceptional wireless ANC headphone. It’s well made, comfortable to wear, and easy to operate. Most importantly, it sounds superb on a wide variety of music. Its tonal balance is on the warm, rich, sumptuous side—which I love—and activating ANC does not change the tonality much at all.

Speaking of ANC, it’s highly effective in the IO-6. My only wish here would be the ability to engage ANC without turning on Bluetooth, which would extend the battery life. But it’s no big deal in this case, since the battery lasts up to 30 hours, which is longer than most.

At $499, the DALI IO-6 is pretty expensive, but it’s well worth every penny. If you can handle the premium price, you can’t go wrong with this premium headphone.

Don't miss a deal at House of Fraser
Best offers at Ancestry
Discounts, Sales and Deals at Mobiles
Save your money with Sephora
Online-Shopping with Nike DE
Best products at Argos
Latest Posts