WHAT IS THE CHAR-BROIL BIG EASY SRG?

This gas barbecue does more than just barbecue: the SRG stands for Smoker, Roaster and Grill. You can add woodchips for a smoky flavour and use a big drop-in basket and hooks to roast large items.

Cooking results are impressive – from grilled burgers through to a whole roasted chicken and superb jacket spuds. 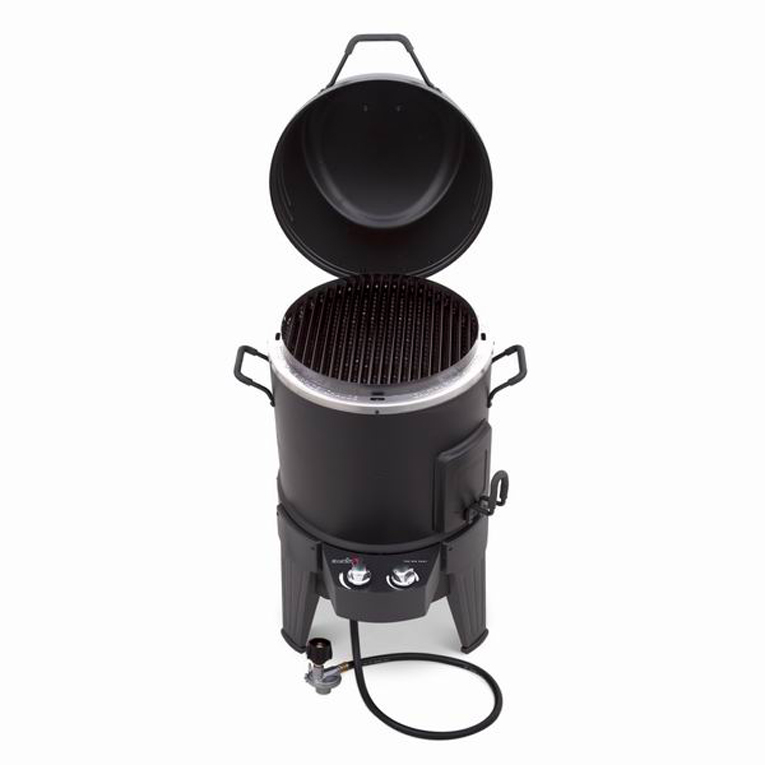 This is more than just a barbecue. It’s billed as the UK’s first gas-fired, three-in-one smoker, roaster and grill. The large capacity means it’s a lot like having an outdoor gas oven.

You can throw some woodchips into the pull-out smoker box to create a rustic smoked aroma that infuses into foods.

As a roaster, its big, drop-in basket can cook up to 11kg of poultry and vegetables. Roast joints of meat in the basket inserts, or hang spare ribs on the supplied stainless steel hooks and roast until they’re crisp and juicy. 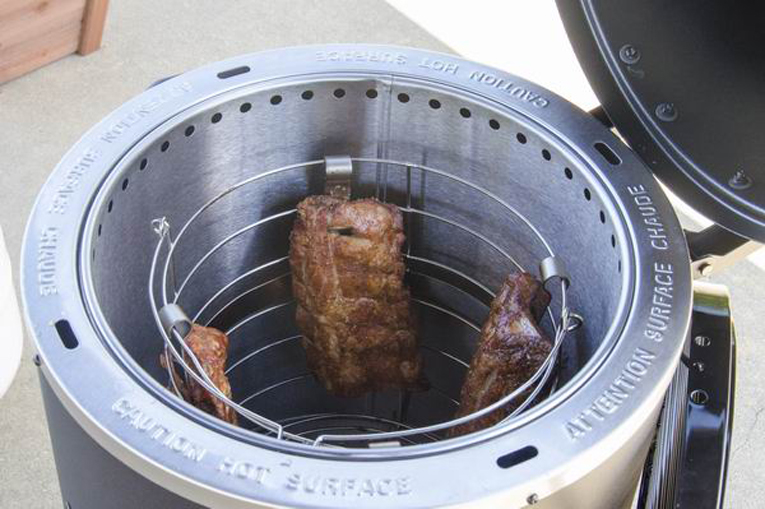 Last but not least, the grill on top allows for cooking classic barbecue fare such as steaks, burgers and bangers.

As a grill, the Char-Broil Big Easy offers infrared cooking. It has a unique, porcelain-coated cooking grille with a zig-zag cross-section that retains and radiates an even heat over the whole grill surface.

Flames never come into contact with the food, but tiny holes in the grill allow smoke through for a traditional taste. There are no gaps, so you can even cook smaller food, such as shrimps and asparagus, without fear.

Food is supposed to cook more evenly as a result. Less hot air rushes upwards, so food retains moisture – sealing in the natural juices of meat. You can cook with precision. In addition, food fat won’t drop and cause flare-ups because it won’t hit the coals.

There’s a single heat control that ranges from slow-roast temperatures (100°C) right through to searing heat (400°C). The supplied meat thermometer indicates when the food has reached the perfect temperature. You’ll need to stick it in the meat though; it isn’t mounted on the inside of the barbecue lid. 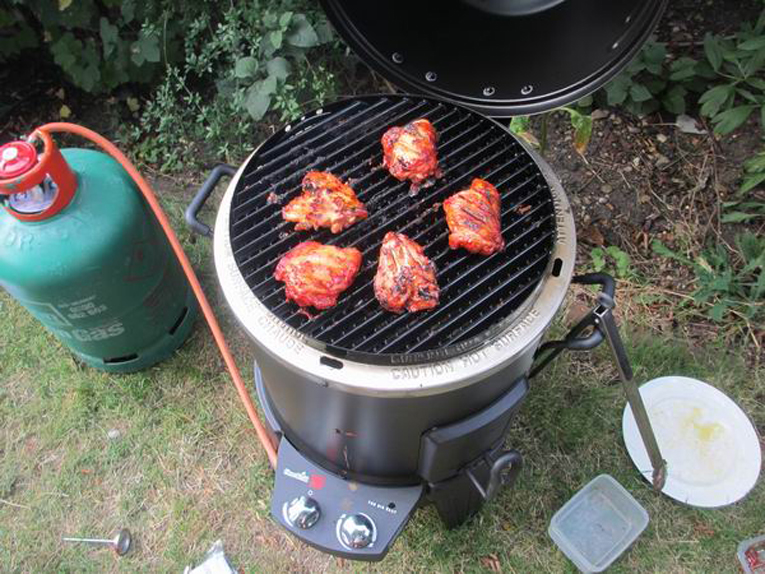 CHAR-BROIL BIG EASY SRG – WHAT IS IT LIKE TO USE?

Our Char-Broil arrived assembled, but there didn’t appear to be too much assembly involved.

It’s weighty and dense, so it’s difficult – but possible – for one person to move. It feels solid.

Lighting with the ignition didn’t go well but the match hole is easily accessible and worked first time. The Big Easy SRG came up to temperature within a couple of minutes. The lack of lid temperature gauge is a shame, though.

We started out with regular grilling on the infrared grill. Results were evenly cooked and delicious. The results were consistent, not matter where on the grille food items were cooked. 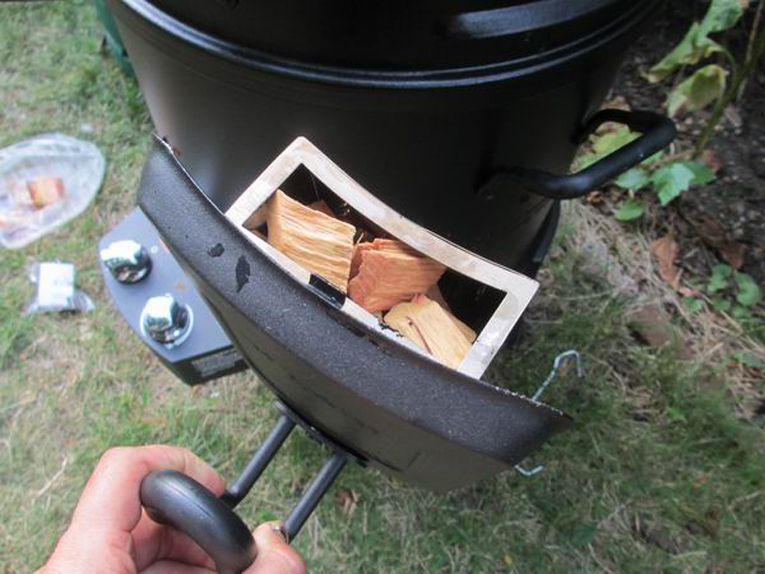 Then we put pre-soaked hickory chips in the now-hot smoker box, which was easier said than done because it’s hard to pull out when it’s hot. The wet chips sizzled as they hit the metal and immediately gave off an exciting smell. 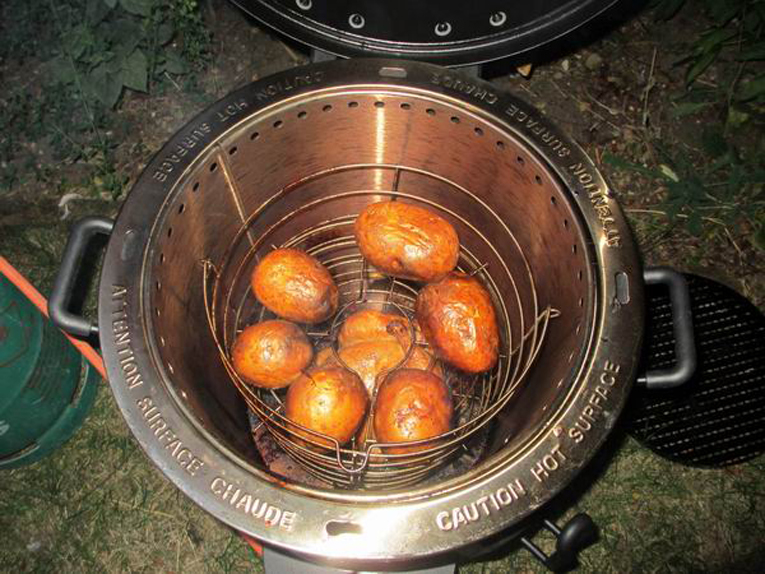 We roasted/smoked a whole chicken in the drop-in wire basket, as well as some jacket potatoes. We started on a high heat then turned it down to medium. 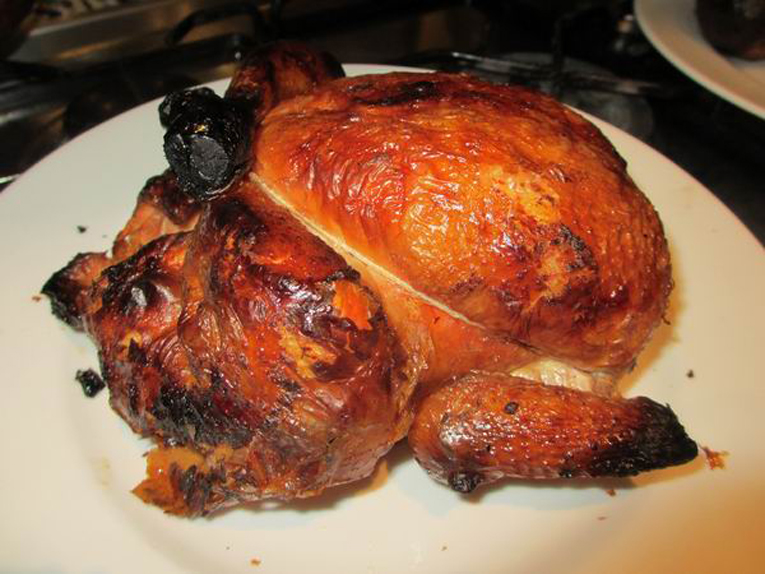 The results were magnificent, if less smoky than expected. The chicken was beautifully crisp-skinned, succulent and moist inside and definitely cooked to perfection. The jacket potatoes were great, too – super-crisp skins and fluffy insides.

While it is possible to grill at the same time as roasting, it was tricky to remove the hot grille safely to get to the roasting basket beneath. 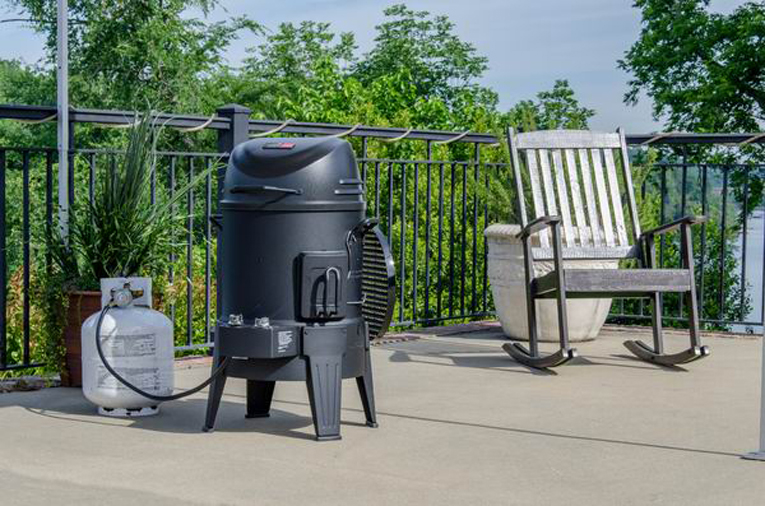 SHOULD I BUY THE CHAR-BROIL BIG EASY SRG?

Yes, if you’re a foodie; not a fashionista. It isn’t the prettiest barbecue on the block but its cooking is supremely versatile. The ability to roast big items as well as grilling makes up for its modest grill capacity. Results are even and easy to control. If you want to move beyond your standard barbecue, this Char-Broil takes it to the next level.

This versatile gas barbecue lets you smoke and roast food as well as grill the usual barbecue fare.

Don't miss a deal at Sephora
Best offers at EBay DE
Discounts, Sales and Deals at Brian Tracy
Save your money with O2 Mobile
Online-Shopping with Adobe
Best products at Sky
Latest Posts