CES 2021: Sony shows off its Airpeak drone for the first time – and it’s no DJI rival

The mysterious Sony Airpeak drone has been shown off for the first time at CES 2021 – and it’s not quite the DJI rival we’d been hoping for.

Sony first announced the Airpeak drone project in November 2020, but didn’t reveal any images or details about the kind of flying machine it had in store. Well, we’ve now seen some short videos of Airpeak in action at CES 2021 – and it’s fair to say it’s aimed at the high-end professional market.

What we’re looking at is a pro rival to the likes of the DJI Inspire 2, rather than affordable consumer drones like the DJI Mavic Air 2. That might disappoint hobbyist fliers, but professional aerial videographers will be salivating over the prospect of a flying Sony A7S III, which is the camera the Airpeak drone is shown carrying through the air.

In its short announcement, Sony said that it would be launching a new business targeted at “professional photography and video production” in the first half of 2021. While the Airpeak drone looks terrifying and intimidating in the way that pro drones often do, according to Sony it’s “the industry’s smallest class of drone that can be equipped with the Alpha system”, which means full-frame aerial photography and video.

According to the demo video, the Airpeak is capable of capturing some spectacular video while traveling at pretty high speeds – in Sony’s first teaser video, the drone is shown following a prototype Sony Vision S car at a race track.

The only other details we can glean from the video are that Airpeak has a quadcopter design and some impressive landing gear, which retracts after take-off. The video also reveals that Airpeak will be a seriously expensive piece of kit, though Sony hasn’t yet revealed anything about pricing or availability. 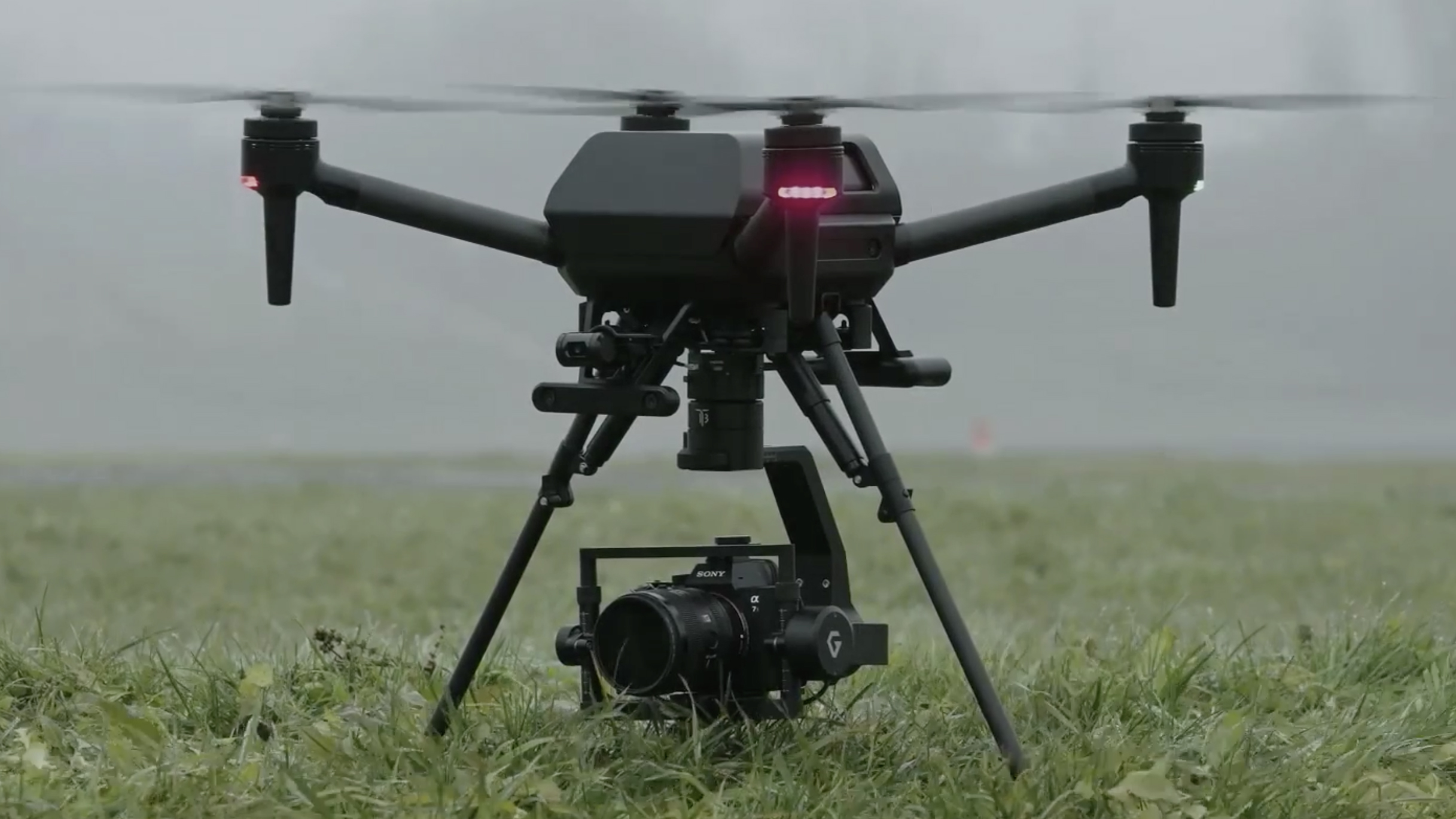 While Sony has revealed very few details about Airpeak, the video and press release have answered the main question we had about the project – would it be a consumer drone, or a high-end tool for cinematographers? There’s no doubt that, right now, Airpeak is aimed at the latter.

That’s slightly disappointing for those of us who were hoping Sony might take on DJI in the consumer drone space, by giving us aerial versions of its more affordable cameras like the Sony RX100 series.

But there’s still hope yet. In its Airpeak release at CES 2021, Sony says that its professional photography and video tool would be “the first phase of this project”. Does that mean that the Airpeak brand might eventually be used on more affordable drones that might compete with the likes of the DJI Mavic 2 Pro? It’s possible, though that would be some way off.

Starting with a professional drone makes a lot of sense for Sony – that’s the market that its biggest land-based cameras, like the Sony A7S III and Sony A7R IV, are increasingly aimed at. Also, not only are the margins in high-end drones much bigger than their hobbyist equivalents, Airpeak fits neatly into Sony’s position as a high-end entertainment brand for both professional filmmakers and aspiring creators.

For now, then, it looks like the likes of DJI and Skydio will continue to reign in the affordable drone space – but Sony Airpeak is certainly shaping up to be a hugely impressive new contender at higher altitudes.

Don't miss a deal at Ticketmaster UK
Best offers at Udemy
Discounts, Sales and Deals at Mobiles
Save your money with Groupon
Online-Shopping with Sephora
Best products at Intuit Small Business
Latest Posts