If you’re after a camera that’s minuscule in size, and want the best possible image quality and control, the G5 X Mark II is probably it

There’s life in the old dog yet: mass market compact cameras might have gone the way of the dodo, but Canon is betting that the high-end combo of a small, convenient body with good image quality might lure travelling photographers – or perhaps pros after a handy take-anywhere camera that shoots better images than a smartphone without the hassle of a DSLR.

The G5 X Mark II follows (natch) the three and a half-year-old G5 X, and keeps things interesting by redesigning the G5 X Mark II’s predecessor as it heads out to pasture. Gone is the faux-DSLR shape with the EVF hunched over the middle of the lens – instead, the EVF is now a spring-loaded number recessed in the camera.

There are a few interesting changes inside, too. Resolution is fractionally down on the original G5 X – where the Mark I had 20.2 effective megapixels, the Mark II has 20.1. The sensor is the same size as that in the original G5 X, but it’s now a stacked CMOS unit which means, in theory, faster data readout and therefore better performance.

At £849, the G5 X Mark II costs a pretty penny. At this price you’re not only looking at other decent compacts when it comes to competition but some tasty interchangeable lens cameras too. The Fujifilm X-T30, for example, costs just £50 more but offers a huge range of lenses, similar body controls and, by comparison, a whopping 26.1-megapixel APS-C sensor.

Calling the competition “fierce” barely scratches the surface. For this money you could have the Canon EOS 77D, an APS-C DSLR with a 45-point AF system and compatibility with an insanely large range of lenses or, if you’re the eBay sort, a dealer’s choice of older pro equipment. 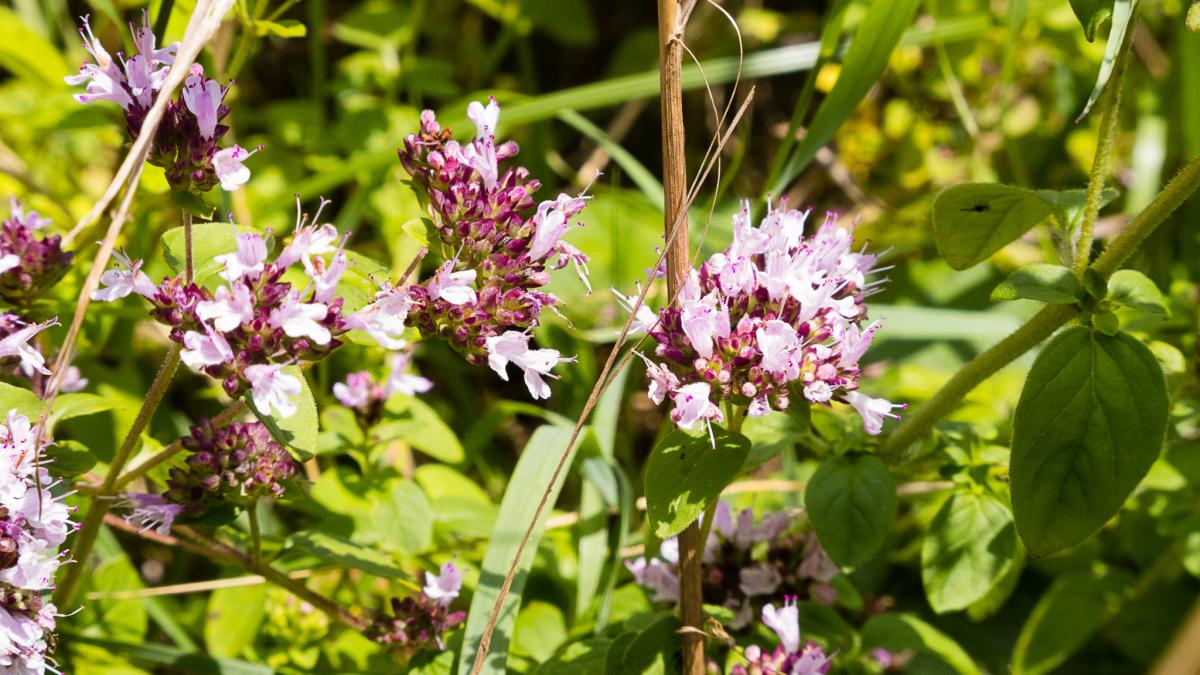 If you’re determined to get a compact – and there are plenty of reasons why that might be a good idea – competition at this level is pretty rarified. The Sony RX100 VI is about as close you’ll come, although that’s more expensive by about £300; it does offer a longer lens (the Sony stretches to 200mm and the G5 X Mark II to 120mm) and more autofocus points (315 to the Canon’s 31). If you’re in the market for a high-end compact, it might be worth waiting to read reviews of the new Sony RX100 VII, announced this summer and coming to a review page near you soon.

All of which means: the G5 X Mark II can’t just be stacked with features – although it does have to be – it also needs to do everything brilliantly to justify a price that could buy a very competent DSLR with much more room for expansion.

The outgoing G5 X had a DSLR-lite design, with a lump on top of the lens that accommodated the EVF. The EVF has been sucked into the camera itself and now sits beneath a spring-loaded trapdoor. The result is that the G5 X Mark II looks a lot more like a traditional compact, albeit one with a lens that protrudes a little from the body, even when it’s retracted. The protruding lens is functional, though – as on the original G5 X, there’s a multi-function ring that can be used to set shutter or aperture value.

The body is otherwise pared-back and pleasing to hold. The rubber grip isn’t a patch on the ergonomics of full-size DSLRs but the G5 X Mark II is nonetheless comfortable, and the dimensions of the camera are kept slimline by the omission of a proper flash hotshoe on the top of the camera. A double-jointed spring-loaded flash is all you get, which will depress the appeal of the G5 X Mark II for those hoping to use external lights. 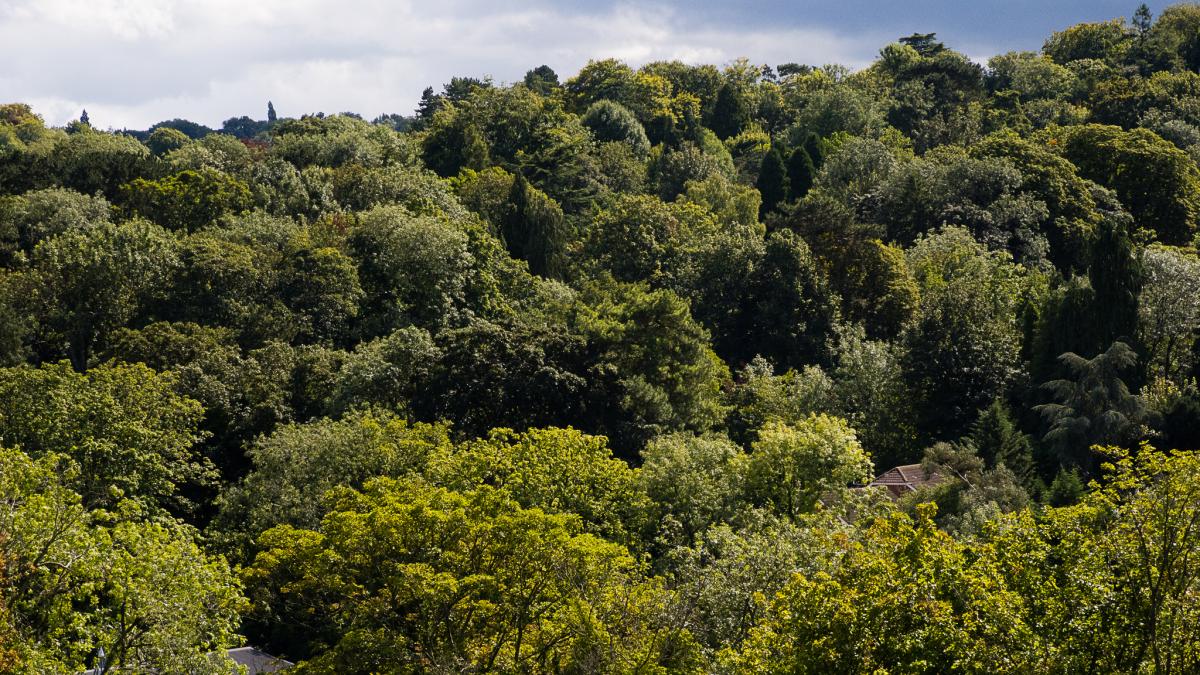 The camera is otherwise well appointed with controls. The top, apart from the obvious shutter release and zoom control, has a pair of control wheels, one for selecting the camera mode from the usual suspects – the full range of PASM modes plus a dedicated video mode, exposure bracketing and various Scene options – and a larger one beneath for exposure compensation.

The latter is particularly useful, especially with the G5 X Mark II offering live exposure simulation, as it means you can get your exposure dead-on in camera rather than leaving yourself with processing work to do afterwards. 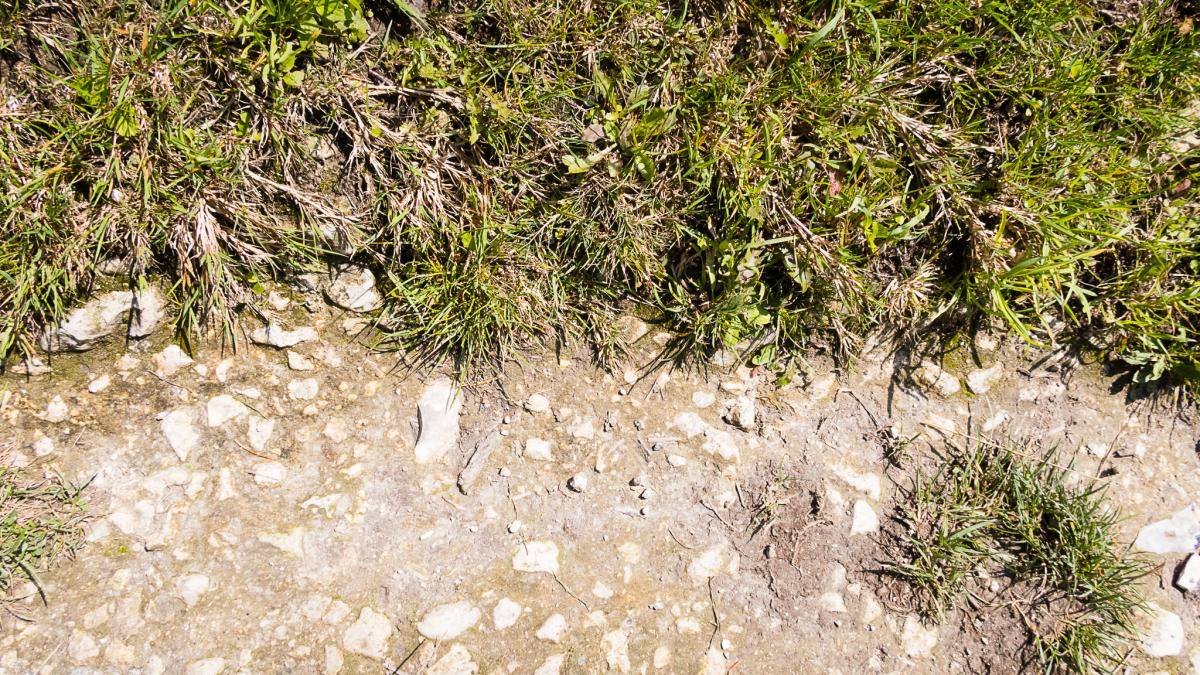 The back of the camera again has a practical, rather than overbearing, set of controls. The direction pad works as a series of shortcuts to features such as focus mode, burst settings and flash control, and is surrounded by a thumbwheel. The latter is small – about the diameter of a 1p coin – but with a knurled edge and pleasing click as it turns, it’s easy enough to use.

Otherwise the rear of the G5 X Mark II is occupied chiefly by its touchscreen. At 3in, it’s not the biggest, but it’s comfortable and its 1.04 million pixel resolution makes it an accurate gauge of sharpness.

The pop-up EVF is novel and at first a little confusing – simply pulling the lever on the side of the camera to pop it up doesn’t activate it – you need to grab the edges of the EVF screen with your thumb and forefinger and pull it towards you to bring it to life. Once it’s going, you’ll find a 0.39in EVF with a healthy 2.36 million pixel resolution. Wisely, Canon hasn’t attempted to shoehorn all the information from the main touchscreen onto the EVF, so you only get the bare necessities – shutter speed, aperture, shots remaining and just a few others. 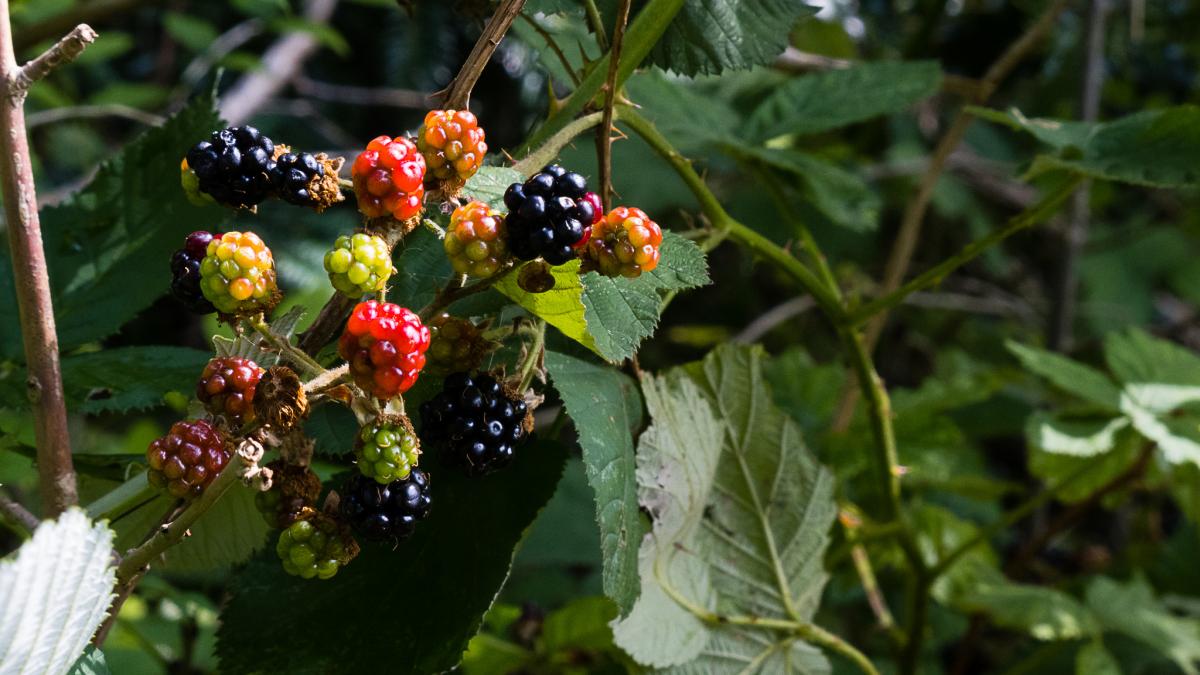 The EVF works really well, particularly in conjunction with the G5 X Mark II’s excellent implementation of touch to focus, where the rear screen works as a trackpad, allowing you to pull the autofocus point around with the camera lifted to your eye. It quickly became our preferred way of working, not least when bright sunlight made the rear monitor hard to see.

At the lower end of that range, image quality is exemplary. “DSLR-like” is only a slight exaggeration but, shooting in the G5 X Mark II’s RAW mode, we returned sharp, clear images with absolutely loads of detail. Ramping up the ISO returned extremely impressive results – assuming you don’t want to crop, you’ll find little to differentiate images between the lowest ISO of 125 and, suggest our tests, ISO 1600 – a roughly five stop range. At ISO 3200 and beyond images degrade fast – noise is chunky and produced desaturated images with bland colours and poor detail. ISOs 12,800 and 25,600 – as expected – are for use in emergencies only. 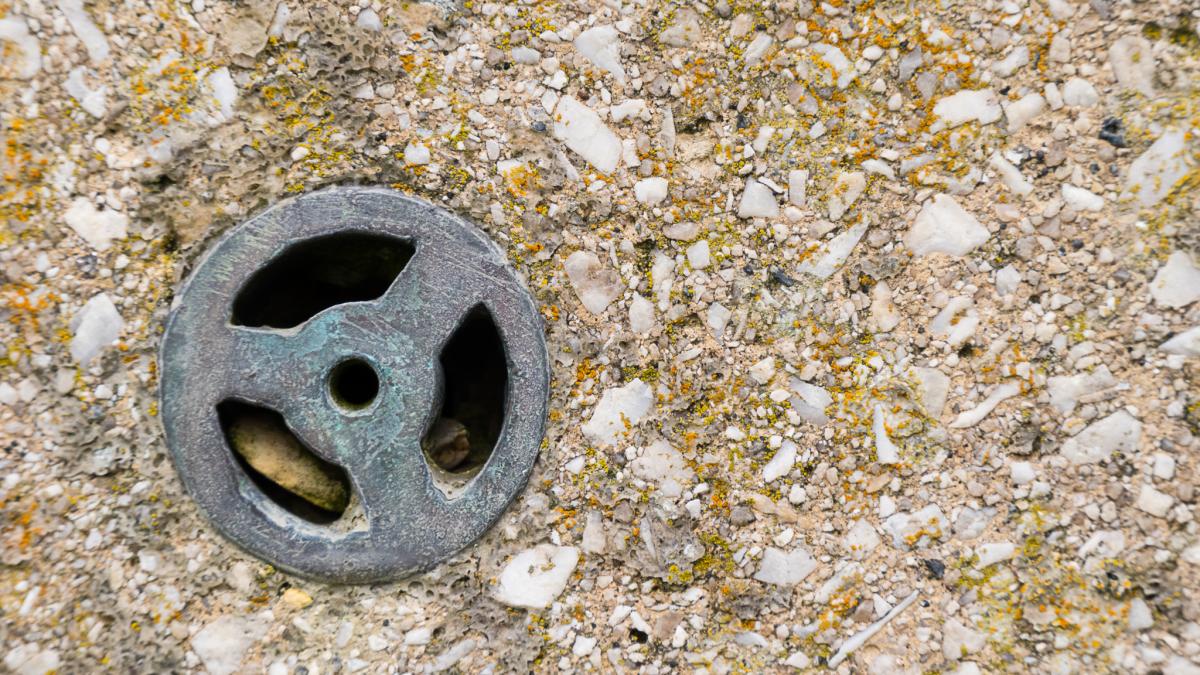 Stay in the G5 X Mark II’s sweet spot, though, and there’s loads to like. Not least is its ability to shoot up to 30fps. Unsurprisingly this comes with some compromises – not least a lengthy wait while the camera sorts the data you’ve just thrown at it. It’s handy for those looking to catch split-second moments – the G5 X Mark II saves about 20 frames before you push the shutter, so even if your reactions aren’t fast enough, you stand a good chance of capturing the moment anyway.

These bursts are saved as grouped files from which RAW (or JPEG) files can be extracted on the camera. If you’d rather use a traditional burst mode, you can do so – the G5 X Mark II shot a still-impressive 21.5fps for a little under 2.5 seconds, making this a capable camera for sporting types, even if the reach of the lens doesn’t quite match up.

Autofocus performance is excellent, with face recognition and subject tracking working well in our tests; for those partial to manual focus the option is there, although focus pushes forwards and backwards very slowly, so you’ll need your subject to be stock still to use it. Focus peaking is a useful inclusion, but only works in manual focus mode.

The PowerShot G5 X Mark II has received a good kick in the pants when it comes to its video modes. 4K is welcome if inevitable, with 25fps the only available framerate. Full HD can be shot at 50 or 100fps for a slow-motion effect, and in our tests, quality was excellent. There’s an automatic timelapse builder, which shoots still files then collates them into a finished video. An integrated ND filter allows you to shoot longer shutter speeds when it’s bright.

The tilting, flipping monitor on the back allows you to shoot selfie videos, which will be appreciated by vloggers and, all in all, the G5 X Mark II is a more than capable video performer – for a compact. Don’t forget that at this price it’s competing with some arguably better alternatives, not least the Fujifilm X-T30, which will shoot cinema 4K at a wider range of framerates on a bigger sensor, through a wider range of lenses.

“Good for a compact” might end up written on the G5 X Mark II’s tombstone. To be sure, its still images are outstanding at a much wider range of ISOs than we’d expect, and it’s impressive that it can shoot quality 4K video in such a compact body. It’s convenient as well, and its low 340g weight gives it a lot of appeal.

We like the physical controls, which will allow experienced photographers to get it set up as they like, and we like both the big rear monitor and convenient EVF, which make the camera easy to use.

If you’re after a camera about the size of a box of matches, and want the best possible image quality and control, the G5 X Mark II is probably it, not least because of the big price difference between it and its Sony rival, the RX100 VI. If you’re prepared to tolerate more weight and a more cumbersome body, inevitably you’re better advised to opt for a DSLR, but meet the G5 X Mark II on its own terms and it might be the best compact camera ever made. You’ll have to decide if that cuts the mustard.

Don't miss a deal at Intuit Small Business
Best offers at The Home Depot
Discounts, Sales and Deals at FNAC
Save your money with John Lewis
Online-Shopping with EBay DE
Best products at House of Fraser
Latest Posts