The Canon EOS R5 is the latest big headline act to join the line-up at this year’s The Photography Show, with the mirrorless brute making its public debut at the event in March.

One of the most exciting cameras of the year, the Canon EOS R5 will be the high resolution leader of Canon’s EOS R mirrorless camera lineup when it arrives later this year.

Canon has said that the EOS R5, RF 100-500mm F4.5-7.1L IS USM lens and new extenders will all be making an appearance at the show on its stand, which takes places at the Birmingham NEC, UK, between 14-17 March 2020. They’ll also be joined by the Canon EOS 1DX Mark III, a pro sports camera that will be heading to the Tokyo 2020 Olympics.

The Canon EOS R5 is so new that it still hasn’t been fully announced, with Canon making a development announcement last week that revealed a few of its main specs. These include in-body image stabilization (a first for a Canon camera), plus the ability to shoot 8K video and rattle off 12fps using its mechanical shutter, or up to 20fps when using its electronic shutter.

The fact that so little else is known about the EOS R5 suggests that Canon will be revealing more about the camera between now and when The Photography Show starts on 14 March. To find out all of the details about the mirrorless flagship so far, though, check out our Canon EOS R5: everything we know so far roundup.

The Glasto of photography 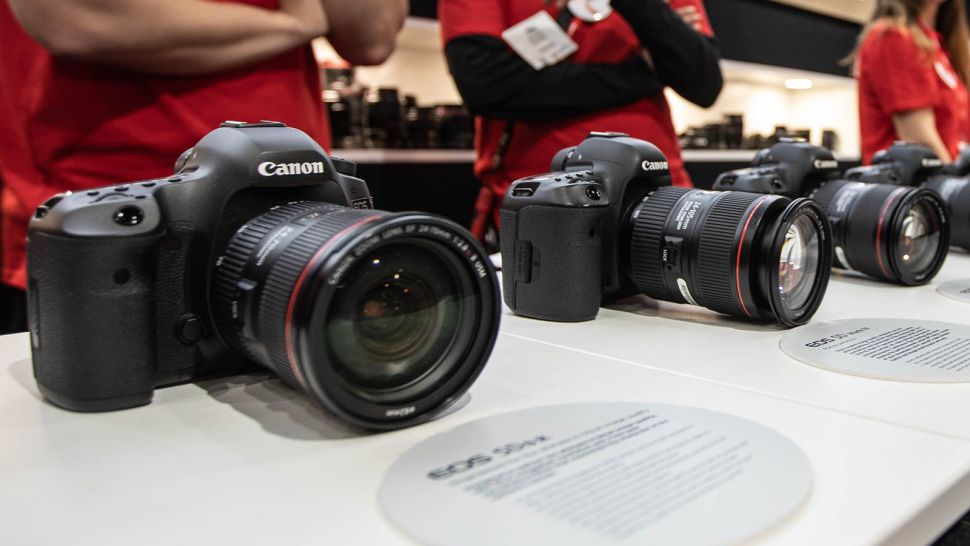 With the Canon EOS R5 and 1DX Mark III both appearing at show, it’s shaping up to be a must-visit for for photography fans.

You can buy tickets online now (with 20% off using the special Canon discount code CANTPS20) or on the day at the show, which is taking place at Hall 5, NEC, Birmingham NEC, UK.

They’ll be far from the only new cameras making their bow at The Photography Show either. Nikon has already announced that the Nikon D6, its answer to the Canon 1DX Mark III, and Nikon D780 will both be at its booth.

We’re expecting announcements from other major exhibitors including Sony, Fujifilm and Panasonic soon too, so whatever your system there’s bound to be something new and shiny to try out.