The new Canon EOS C70 is its first Cinema EOS camera to include the company’s RF Mount, giving it access to the same range of lenses used by mirrorless cameras like the Canon EOS R5.

Canon’s Cinema range tend to be beefy cameras designed to live on professional video shoots, but what’s interesting about the Canon EOS C70 is how compact it is – measuring 160mm x 130.2mm x 115.9mm, the C70 is smaller than DSLRs like the Canon EOS 1D X Mark III and is its lightest Cinema EOS camera yet.

There’s no in-body image stabilization (IBIS) system, with the EOS C70 instead using its size to house an air duct system that isn’t available in mirrorless cameras like the Canon EOS R5. While the latter has received criticism for its overheating limitations, this means the EOS C70 has no video recording limits and can carry on shooting until your battery runs dry.

Beyond the introduction of that RF mount, it also brings a couple of other firsts to Canon’s Cinema cameras. While it sadly doesn’t offer the Dual Pixel AF II system that brought Animal Eye AF to the EOS R5, the EOS C70 does have the iTR AF X (Intelligent Tracking and Recognition) system introduced by the Canon EOS 1D X Mark III.

Based on deep learning tech, this recognizes and tracks faces and heads (even if the person is wearing a helmet). For the first time on a Cinema camera, you also get an ‘auto ISO’ feature for those emergency ‘run and gun’ situations where the light is changing fast. 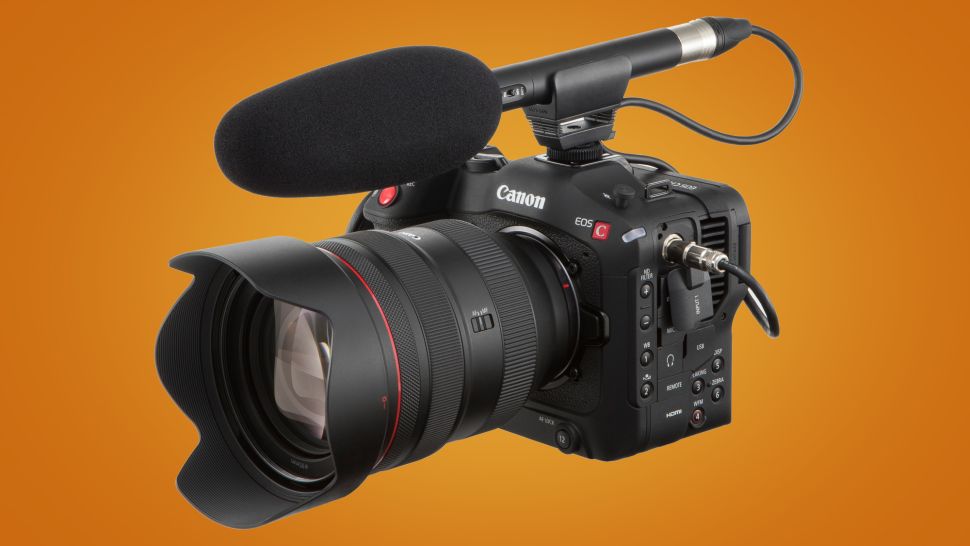 A different kind of hybrid

Features like ‘auto ISO’ and that smart autofocus tracking show how much the Canon EOS C70 crosses what are traditionally entry-level video features with the pro quality of a cinema camera.

This makes it more of a Cinema-flavored hybrid, rather than the video-stills hybrids we’ve seen recently with the Canon EOS R5 and EOS R6. While the latter are definitely photography cameras first, the EOS C70 is a cinema camera that’s designed for those who are frustrated with the video limitations of their stills sidekick and want to shoot pro-looking videos.

Canon thinks the C70 will appeal to documentary and corporate video makers, particularly those who need a camera that’ll squeeze into small spaces, as well as social media creatives. To that end, it’s included the option of shooting video vertically and has a tripod thread to let you mount it in that orientation.

On the more pro side, you also get two mini XLR inputs, dual card slots (with the option of simultaneously recording different file formats), and advanced video codecs like Long GOP (up to 60p/50p) and 120p HFR.

Just like the Canon EOS R range, it also brings its own EF-EOS R 0.71x adaptor for those who want to use their older EF lenses. This lets you shoot with the full-frame angle of view and supports Dual Pixel AF and optical correction for all lenses.

Don't miss a deal at FNAC
Best offers at Brian Tracy
Discounts, Sales and Deals at Newegg
Save your money with Intuit Small Business
Online-Shopping with Virgin Media
Best products at The Home Depot
Latest Posts