Canon Designed a Lens That Sucks

Canon engineers have designed a lens that quite literally and intentionally sucks. The lens pulls in air, swirls it across the image sensor in the camera body, and then pushes it out in order to get rid of the internal dust that causes nasty dark spots in your photos.

In a newly published patent filing over in Japan (2019-191432), first reported on by CanonWatch, Canon describes a clever solution it came up with for removing sensor dust. It describes the invention as (translated): “An air intake channel for sucking air from the outside into the interior of the imaging device by the pressure difference generated by the air flow generating means.”

What the company came up with is a new lens that sucks in outside air through channels around the outer rim at the front. This air is channeled back into the mirror box of the DSLR while the mirror is up and sensor exposed. The dusty air stirred up is then channeled through the internal areas of the lens until it’s expelled out the front of the lens through channels surrounding the front element. 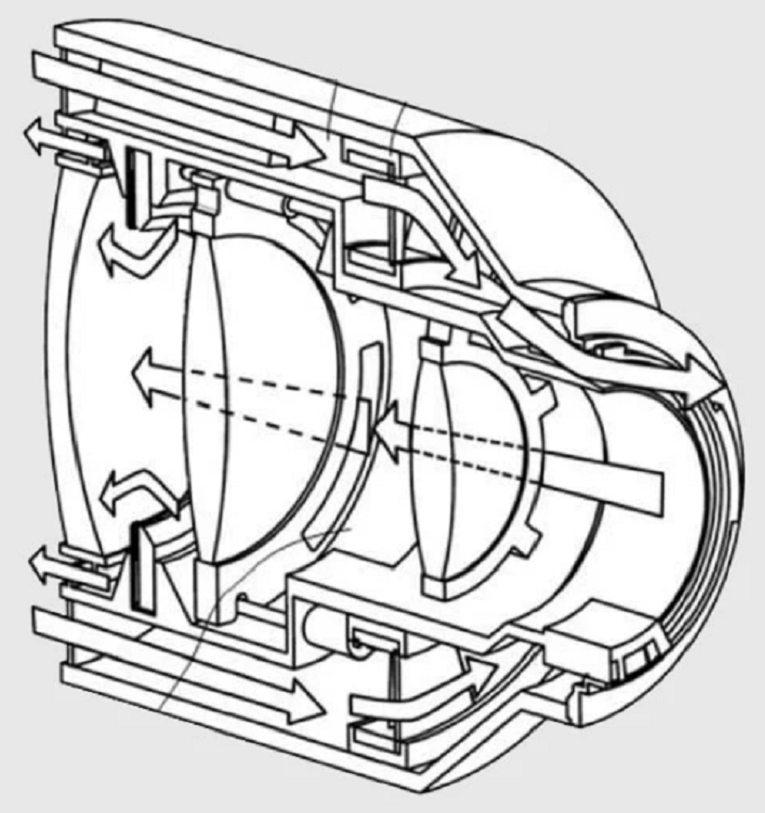 Here’s what the patent describes as Canon’s effort “To provide a dust removing device capable of easily removing dust adhering to an imaging element inside a camera body while confirming an actual influence degree”:

An outer housing having an engaging part for engaging with a lens mount detachably holding an imaging lens, and an inner side of the outer housing; A communication unit for electrically connecting an inner housing and an imaging device to be arranged, a 1 passage penetrating into the body of the imaging device formed between the outer housing and the inner housing, a 2 passage penetrating into the body of the imaging device formed inside the inner case, and an engaging portion; The device is provided with at least one optical member arranged on a photographing optical axis when engaged with an imaging device and on the inside of the inner case, an aperture mechanism, and an empty flow generating means arranged at a position not to erode a photographing light flux of the optical member in the 1 passage. A part of the 2 flow path is formed by the periphery of the optical member and an opening of the throttle mechanism.

The patent illustration also shows the system for confirming that dust is removed: 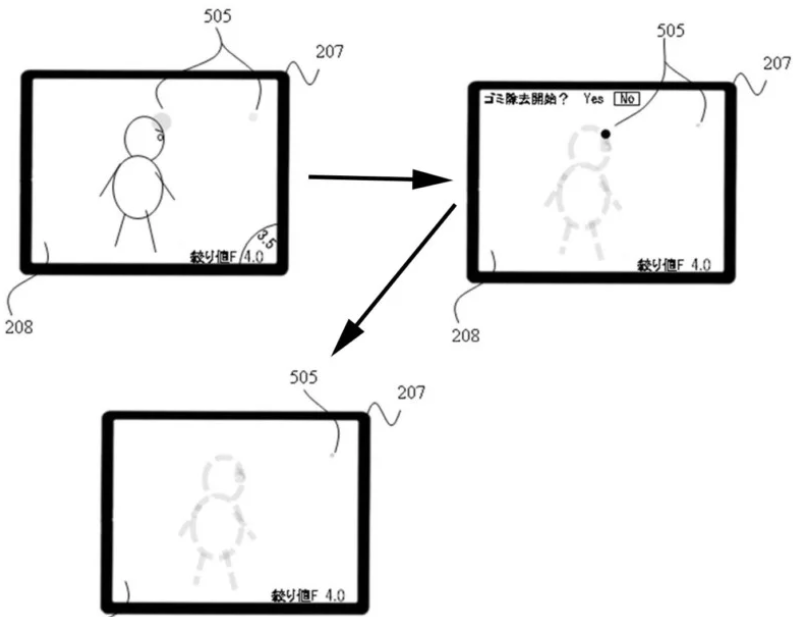 The sensor cleaning features found in many modern cameras these days generally vibrate or shake the sensor in order to get the dust to fall off the surface. Canon’s idea would go a step further by getting dust out of the mirror box and camera.

As with all unusual patents of this sort, all this tells us is that Canon has brainstormed this idea internally, but there’s a good chance we may never see this invention show up in a real-world camera and lens.