Today, Microsoft showed off what it’s been cooking up for Windows, Xbox One and even HoloLens at its annual developer conference, Build 2016.

While it’s largely aimed at the folks that make the apps you use every day, Microsoft is broadcasting the conference’s two major keynotes straight from the Moscone Center in San Francisco, Calif, so that fans (and devs who couldn’t make it) can see what’s next for Microsoft as it happens.

Watching the keynotes is almost painfully easy. Just head to Microsoft’s newfangled Build 2016 page, scroll down a bit and press that play button. You can even watch today’s keynote on demand from this page.

While there was a ton of interesting, exciting news to come out of the first Build keynote, a hefty chunk of it was speaking directly to developers, not the average Joe (teehee). So, here’s what happened during Microsoft’s Build 2016 Day One keynote that matters to you. 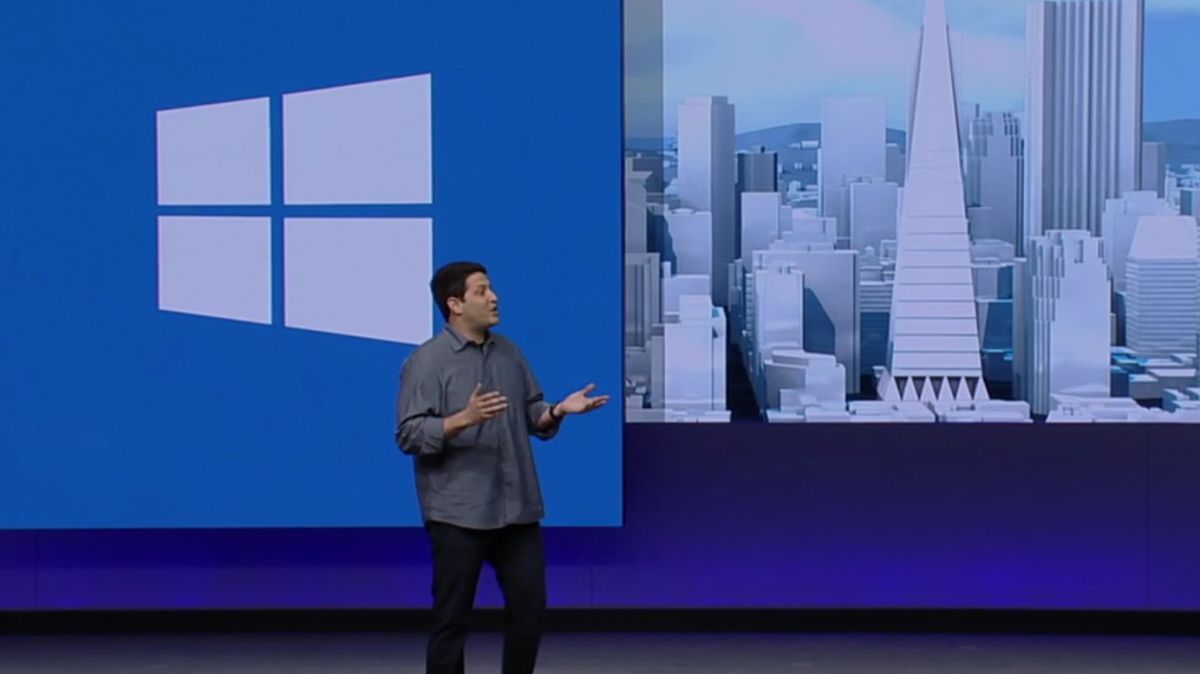 Also known as “Redstone” (though, Microsoft hasn’t confirmed that), this major update is slated to launch later this summer – hence the name – for not only Windows 10, but for Xbox One as well. The update brings a slew of new changes specific to certain devices.

For one, Windows Ink will provide existing apps enhanced controls and optimization when using a stylus, ideally Microsoft’s Surface Pen. On stage, enhanced Sticky Notes will recognize handwriting and offer contextual solutions, like creating a calendar event if a word like “tomorrow” is written.

Cortana will see major upgrades as well, such as contextual, automated functions based on what you’re currently doing within an app. Not to mention that the Anniversary Update will introduce her to Xbox One. 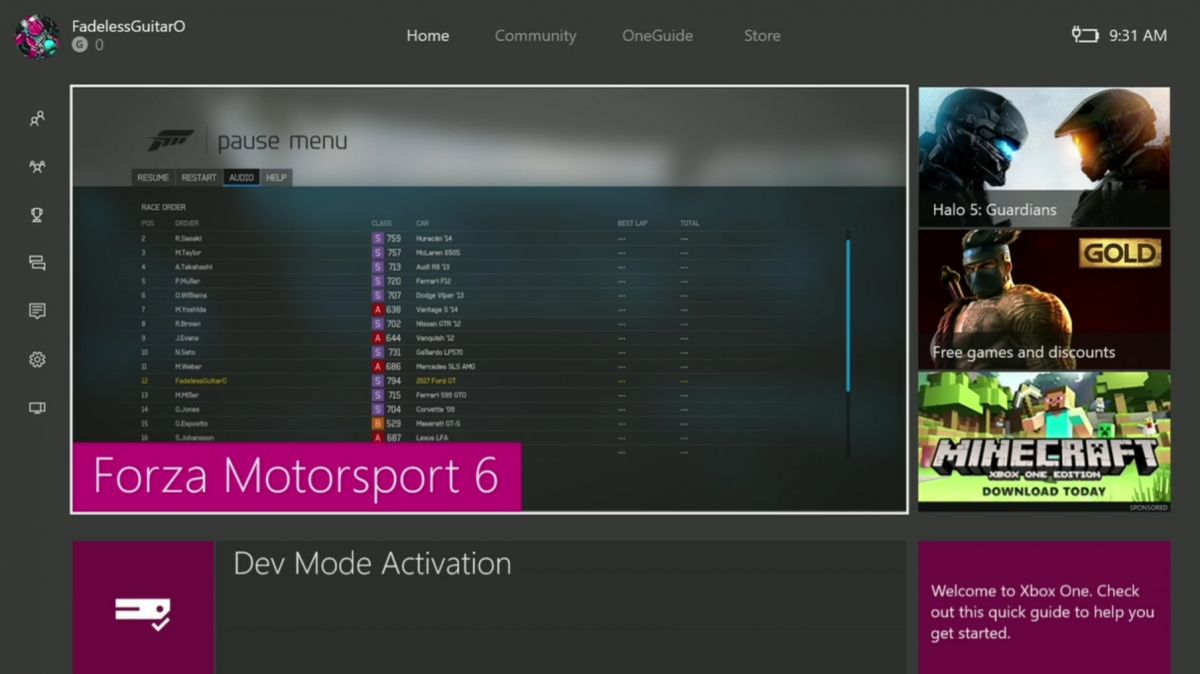 Microsoft’s Phil Spencer took the stage to talk up Xbox One Dev Mode, promised way back at the 2013 launch of the console and landing as part of the Anniversary Update.

This new mode allows any old, retail Xbox One unit to transform into a developer kit with the press of a button. While most of us lay folk won’t even bother with this feature, that’s not the point.

What this does is allows any developer out there to begin creating apps and even games for Xbox One without having to bug Microsoft for a developer kit, as they had to in the past. One of the biggest hurdles to console game making has just been knocked down. 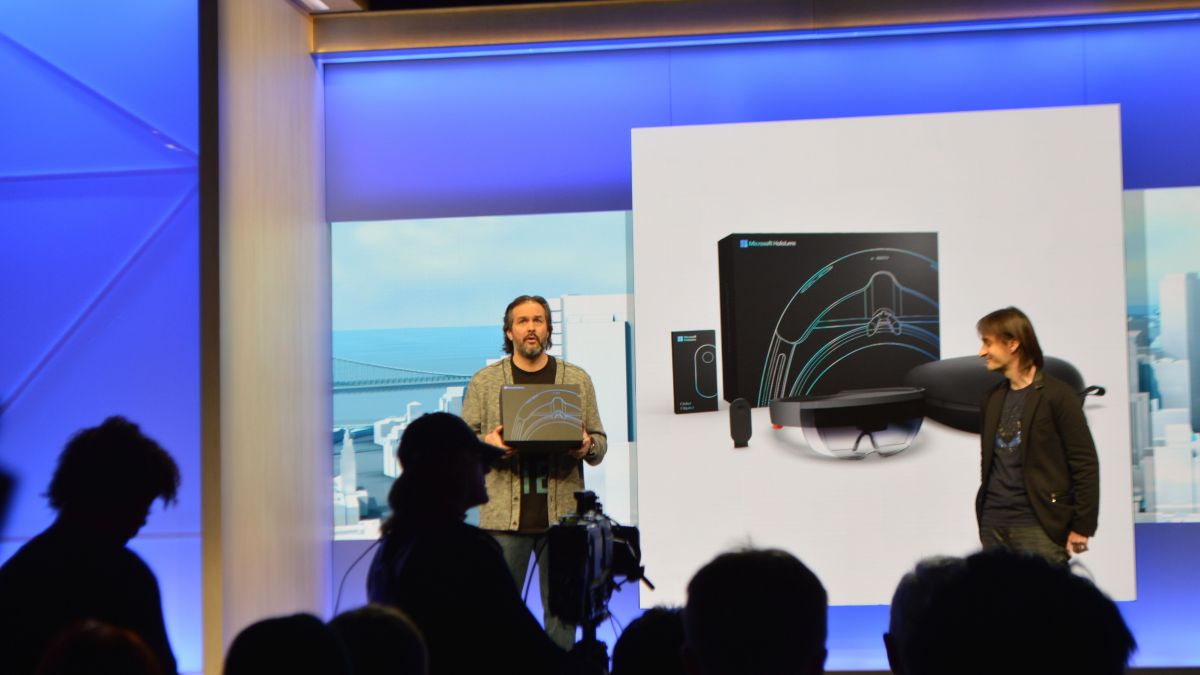 We already knew that HoloLens would ship to developers starting March 30, but today’s on-stage confirmation and heartfelt exchange between co-creators Alex Kipman and Kudo Tsunoda sealed the deal.

The developer kit box was shown off on stage as well, but more important was the demonstration put on by a group of Case Western University doctors. It showed off how 3D rendering and remote participation can enhance the learning experience for would-be doctors and nurses. 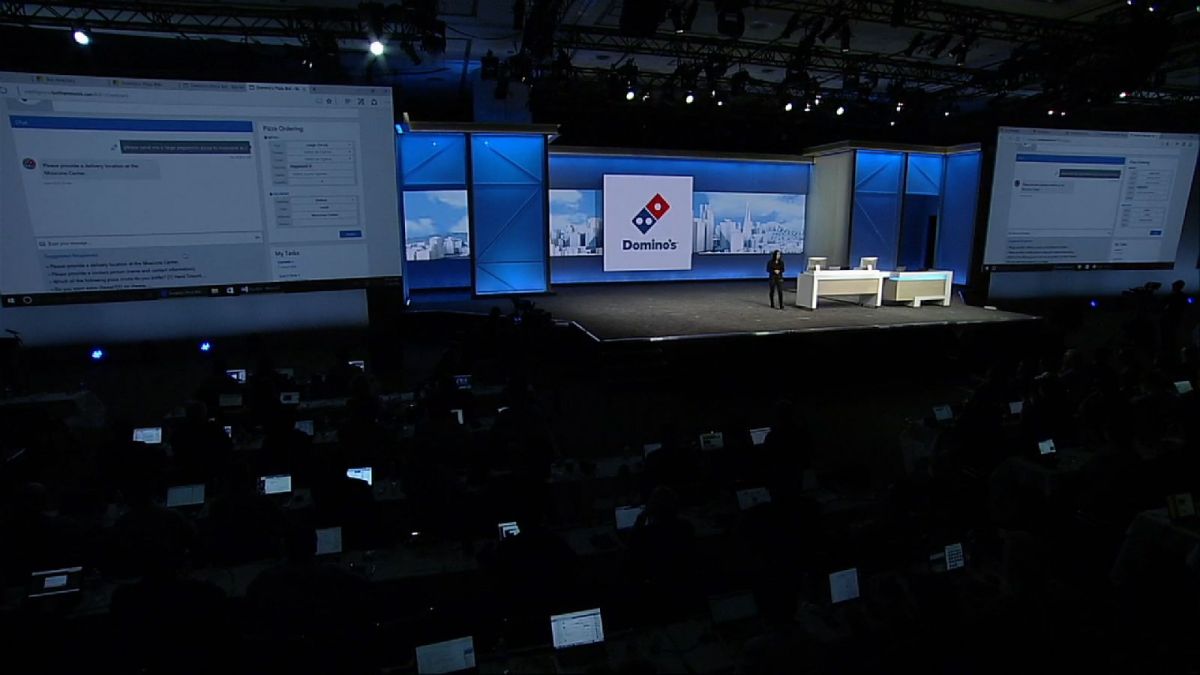 Despite the Tay debacle, Microsoft CEO Satya Nadella carried on with evangelizing the firm’s mission to bring Bots – or intelligent agents that live within other apps and services – to the forefront of computing.

So much so, in fact, that Microsoft issued a Bot Framework for developers to easily create, manage and deploy said bots to various Windows apps. Furthermore, the company took it one step further with its Cognitive Services suite of tools that can further enhance bots with machine learning capabilities that Microsoft has developed over the years. 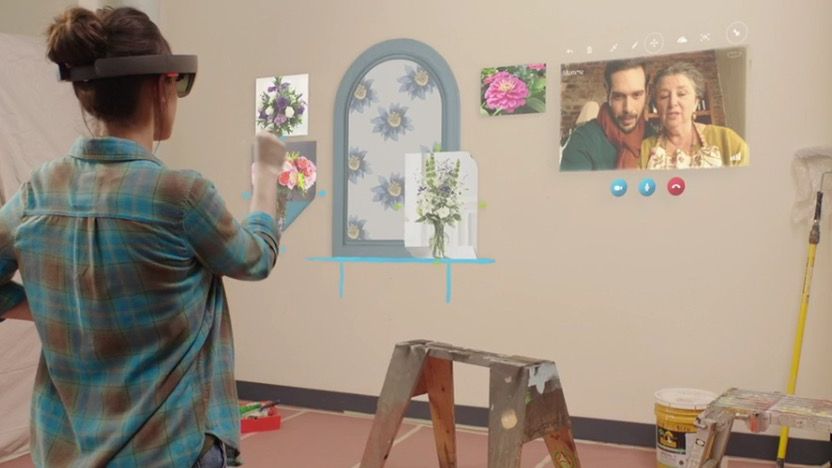 Speaking of which, Microsoft issued a series of bots (and support for third-party bots) to Skype that you can play around with right now. They include live audio/video to text translation, support for bots to communicate with you directly that Cortana can immediately handle and more.

Microsoft also teased that Skype is coming to HoloLens, with gesture drawing support and Cortana’s machine intelligence built in.

Stay tuned to this space through Build 2016 for the latest from Microsoft.

0 0 0
Previous ArticleInstagram has quickly fixed the disappearing Log Out button
Next ArticleVR Week: Turn your real life into virtual reality with these 360-degree cameras
Comments (0)

Don't miss a deal at Microsoft Store
Best offers at Newegg
Discounts, Sales and Deals at Sky
Save your money with Bodybuilding
Online-Shopping with Udemy
Best products at Brian Tracy
Latest Posts