BioLite SolarHome 620 review: Here’s a box full of solar goodies that every homeowner should consider

There’s more to living in a smart home than using voice commands to turn your lights on and off. Following two years of devastating wildfires in my home state of California, Pacific Gas & Electric recently announced that it would begin proactively shutting off power for its customers when weather conditions make the risk of a fire exceptionally high. That got me—and most Californians—thinking more seriously than ever about contingency planning, as PG&E said it could shut down power for up to five days at a stretch.

Homeowners like me have backup options, including rooftop solar panels with battery storage and fuel-powered generators, but these are hardly affordable solutions in the short term. If the power’s really going to be out for five days, my family and I will probably pack up for another county and hole up in a hotel. But in the short term, I’ll probably ride it out: What I and most consumers need is a simple way to provide light and power for essential devices such as phones and radios for a few hours or a day. Enter the BioLite SolarHome 620.

The SolarHome 620 is a kit that fits in a tiny container only slightly larger than a shoebox. Inside you’ll find so much gear that it can initially feel a bit overwhelming—but a little patience will get you over any initial apprehension.

Here’s what’s in the box: 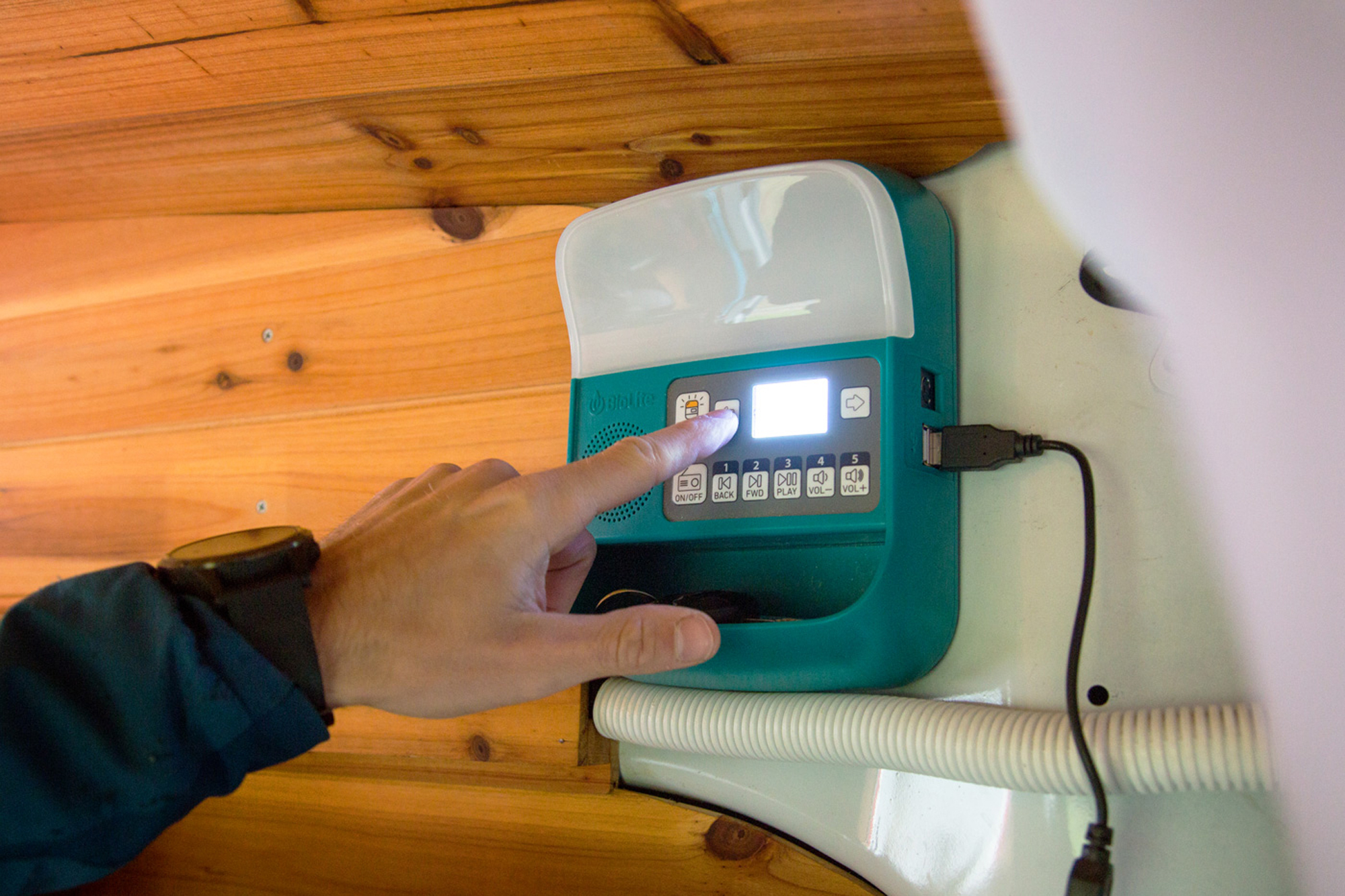 To set up the SolarHome 620, all you need is a hammer and a sense of rustic whimsy. Some ingenuity doesn’t hurt. Because the lights are all pendants designed to hang from the wiring that powers them, you’ll need to figure out something to hang them from. If you have exposed rafters or beams, that’s easy; otherwise, you might want to invest in some eye hooks to keep your walls and ceilings from getting covered in an unsightly tangle of wires. The BioLite system is primarily designed for more temporary use—including environments ranging from tents to sheds—in which case you might just want to prop the lights up wherever it’s convenient.

Once everything is set up and your solar panel is ensconced in the sun, you’re good to go. Each light is individually controllable and has three different brightness settings. The motion detector can be turned on or off based on how many times you click the light switch (a quick read through the thorough manual will explain how to do all of this). The control box is the brains of the operation, and slightly more sophisticated controls here let you turn on a radio, play MP3s from a microSD card, and check on the system’s status, including the strength of the sun’s rays, the charge and estimated remaining run time of the battery, and the current time and date.

How long it takes to charge and how long the battery lasts revolves around a variety of factors. In full sun, BioLite claims the system takes 4 to 6 hours to fully charge; my testing roughly bore that out, though much closer to the 6-hour side. Note that you really do need full sun for the panel to work; when a shadow fell across half the panel, energy production dropped from 100-percent efficiency to just six percent. Any amount of cloud cover took efficiency anywhere from 39 percent to zero. 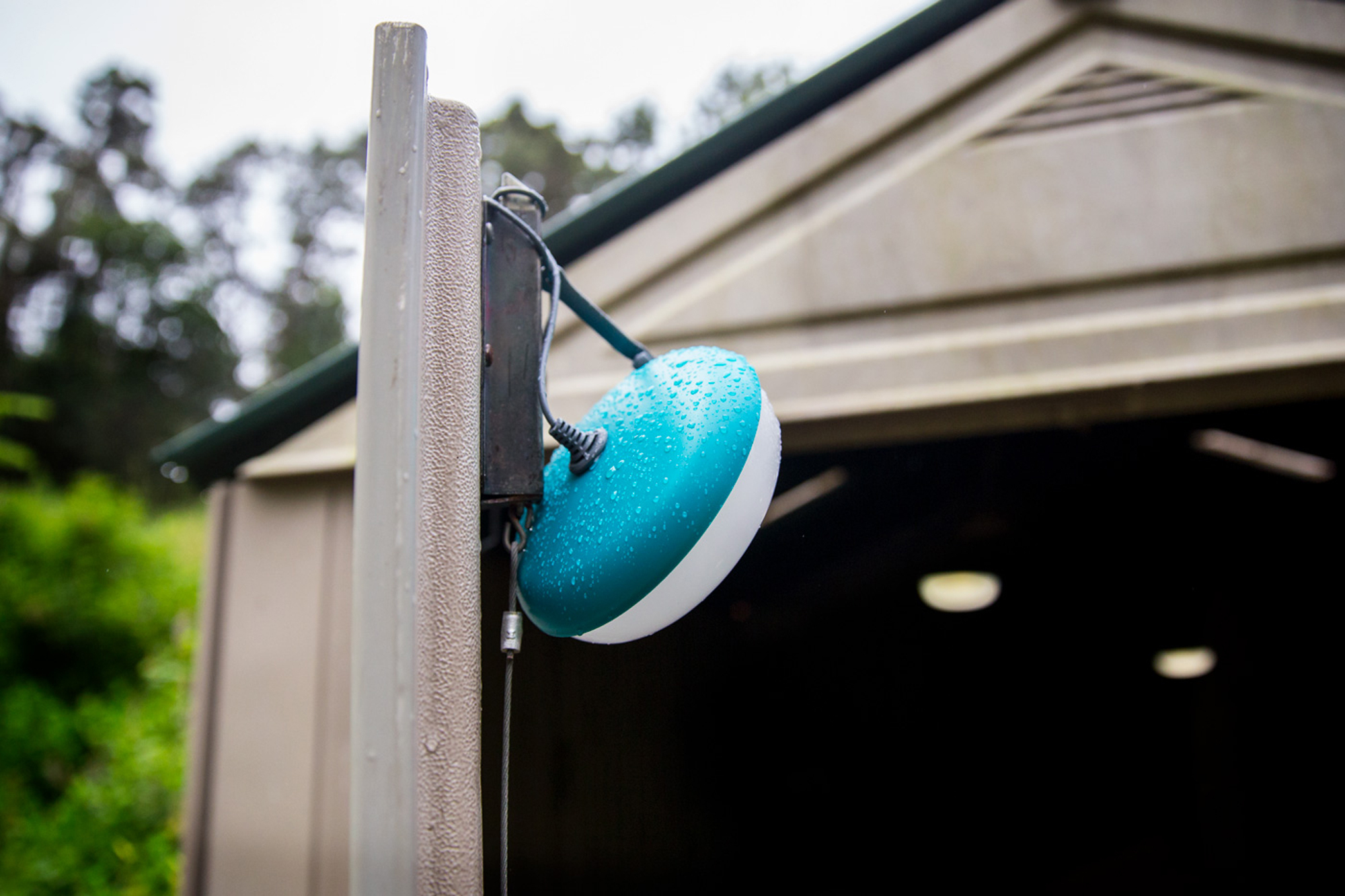 According to BioLite, in the absence of sunlight topping it up, a fully charged battery can power the four lights from 4.5 to 14 hours of running time, depending on the brightness setting. In my testing, I achieved 4 hours, 8 minutes of running time with all lights set at maximum brightness (but that’s just 100 lumens each, compared to 800 lumens for a typical 60-watt bulb), and nearly 23 hours with all lights on the lowest brightness setting. That’s far better than what’s promised on the low-brightness end, and even on the higher setting it’s good enough for a campout or most emergencies, particularly since you’ll likely be able to get by with fewer than four lights most of the time. Of course, if you’re charging multiple phones, playing music, and lighting up the whole house, you’ll eat the battery quickly.

The SolarHome 620 isn’t perfect. The light it emits is cold to the point of being unappealing, and the unit itself is clad in plastic that’s an unfortunate shade of turquoise. As well, the mess of cables required can quickly start to feel like you’re dealing with a box of Christmas tree lights. There aren’t any smart features here, either (though this was originally designed to power huts in Kenya, after all). Lastly, while the system is extremely lightweight to the point where it almost feels flimsy, this is clearly a necessity designed to keep the price down.

Despite some minor drawbacks, at $150, the system feels like a great bargain considering everything the kit has to offer. Whether you want an always-available emergency power system or simply need to light up a yurt while camping, the BioLite SolarHome 620 is a solid solution for portable power and illumination.

Don't miss a deal at Boohoo
Best offers at Myprotein
Discounts, Sales and Deals at TalkTalk Phone and Broadband
Save your money with Vimeo
Online-Shopping with John Lewis
Best products at EE Mobile
Latest Posts