Expensive, no waterproofing like some competitors, not a 360-degree sound projection

It’s not often a Bluetooth speaker has its designer’s name tucked away within its specification. But then the Bang & Olufsen BeoPlay A1 is no ordinary Bluetooth speaker; an example of the kind of sound quality that can be achieved at this small scale.

Thing is, its price point is far from ordinary too: at £199 it’s a considerable chunk of cash to be chucking at a portable speaker. The obvious question, then, is whether it’s worth the investment?

Bang & Olufsen is well known for its design. The Danish company walks the line between understated and outlandish, falling into the former camp for the A1 (it is designed by Cecilie Manz – a well-known industrial designer). 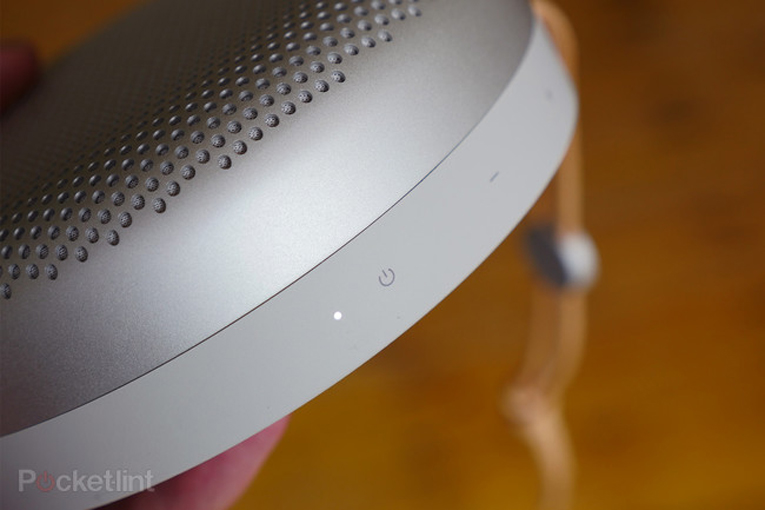 Its circular base gives it a nautical, port-hole kind of appearance – especially once it’s been hung from the wall via its tied leather strap.

Up top is an aluminium grille, complete with arrangement of fine holes to disperse sound; beneath which is a polymer base with hidden soft-touch buttons to hold everything together. The two parts are well connected, although they look somewhat separate from one another. Rested on a tabletop and it’s not necessarily B&O’s finest work, especially compared to some of its high-end speakers. 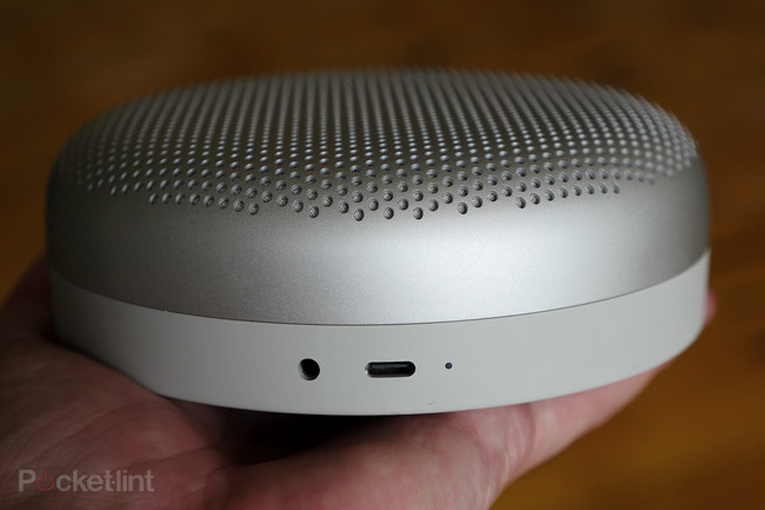 Operability is great. A USB Type-C port ensures quick charging of the 2,200mAh on-board battery, which can last for up to a day at a time. We’ve easily been getting two working days at a time when set to a reasonable volume.

There’s app connectivity with the B&O BeoPlay, but connectivity isn’t as complex as some larger dedicated speakers. There’s no Airplay, or WiFi, for example – although it is possible to pair two of the speakers into a stereo pair, if you have a lot of spare cash to buy two of them. 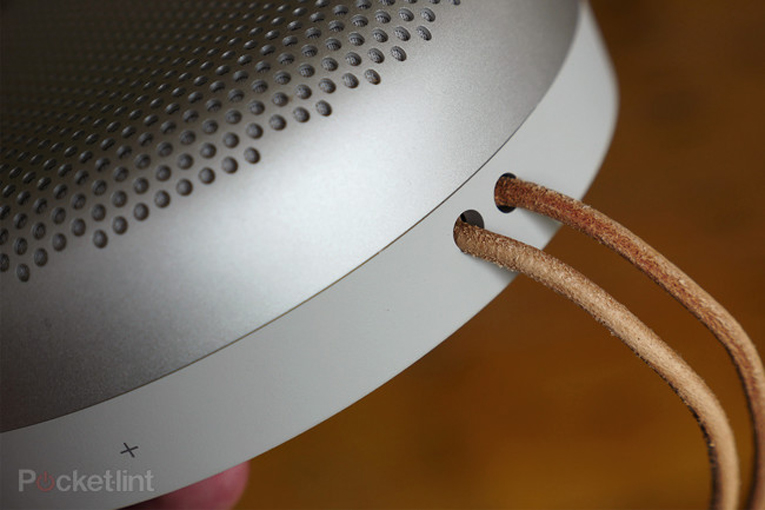 Design shortcomings are more comparisons to the competition rather than major failings: the B&O lacks waterproofing like the Ultimate Ears UE Boom, for example, while its sound can’t project in as full a 360-degree arrangement either.

But just because it can’t fire sound out in all directions really doesn’t matter – it’s not like you’ll mount it backwards and hope it sounds at its best. Indeed, when you first hear the BeoPlay A1 you’ll be surprised that sound this good can come from something so small. 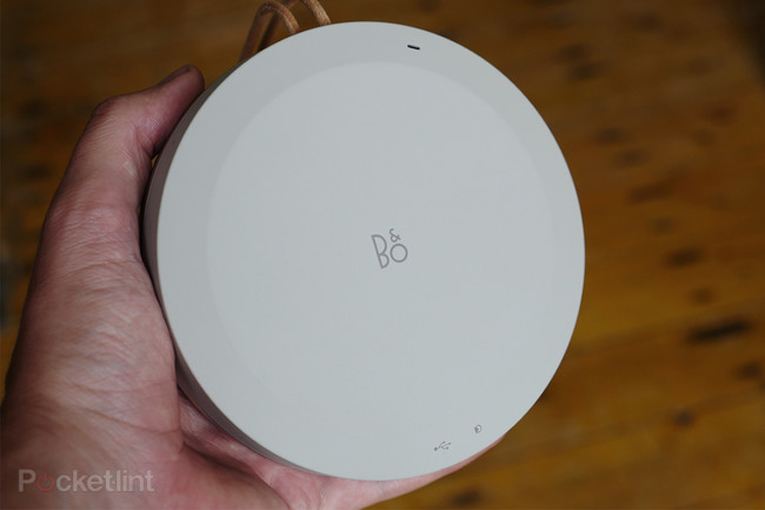 The real standout point for the A1 is just how significant its bass response is from a speaker of this size. It’s taut and can manage frequencies as low as 60Hz, which is plenty base enough. Having caught-up with DJ Friction’s D&B show on Radio 1, it did a grand job of firing out basslines like a speaker far larger would. That’s down to an “aluminium core sub-woofer, powerful magnetic system and amps,” says B&O.

Not that it’s all bass – the BeoPlay A1 is really well balanced with its delivery of all kinds of music, from ensuring mid-range vocals cut through, to sparkly high-end percussion. It’s not overly sharp nor resonant, just a real exemplary speaker for how good sound quality can be at this scale.

It might be small, but the B&O BeoPlay A1’s big sound makes it standout in the portable Bluetooth speaker market. We may have baulked at its £199 price tag at first, but given how good it sounds, we think it’s worth every penny.

Sure, there’s no WiFi, AirPlay, waterproofing or 360-degree design like some of its competitors, but the solid battery, build quality, extra drive of bass and sheer audio clarity give this Bang & Olufsen the upper hand when it comes to sound quality. The BeoPlay A1 is well worth saving up for.

Don't miss a deal at FNAC
Best offers at Mobiles
Discounts, Sales and Deals at Turbo Tax
Save your money with Marks and Spencer
Online-Shopping with Virgin Media
Best products at John Lewis
Latest Posts