Astelle&Kern’s $1,299 AK T9iE in-ear-monitor headphones are as beautiful as they are expensive. They’re tuned specifically for pairing with the company’s stellar high-res digital audio players. If you own one—or you just value high performance and beautifull craftsmanship—you’ll want to give these gems a serious look and a long listen.

Designed and handmade in Germany

The AK T9iE follow Astell&Kern’s hallmark industrial design that plays with shapes, angles, and lighting. The headphones have a PVD coating that will reflect light differently and reveal different shapes depending on your viewing angle. 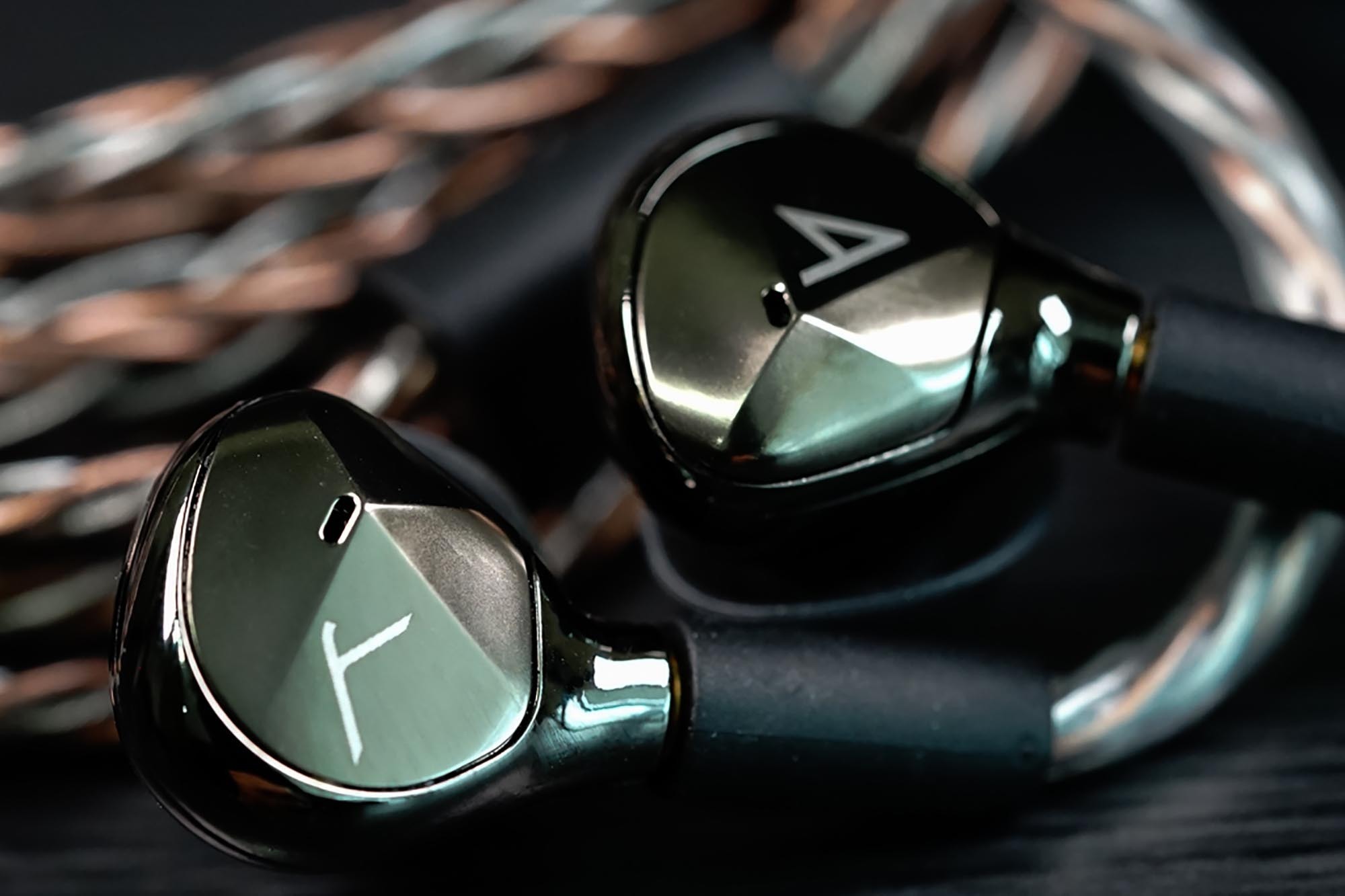 Styling is all Astell&Kern

The T9iE’s audiophile-grade cable is its most prominant feature. It’s eye catching. The braided litz design reduces signal loss from the skin effect (the tendency for alternating current to flow mainly on the surface of the conductor wire) and the proximity effect, both of which increase resistance at higher frequencies. The cable is made with 4N pure silver, silver plated 7N OCC, and 7N OCC. The cable terminates with a 4-pole balanced 2.5mm jack.

The T9iE’s 2.5mm jack is too large for my taste. It’s obtrusive and impractical. When I plugged in the cable to the Astell&Kern Kann or SR15, I ended up banging the jack inadvertently several times. Putting the player into any pocket with the 2.5mm jack becomes impractical. I can see consumers easily bending the tip or breaking the input—or both. 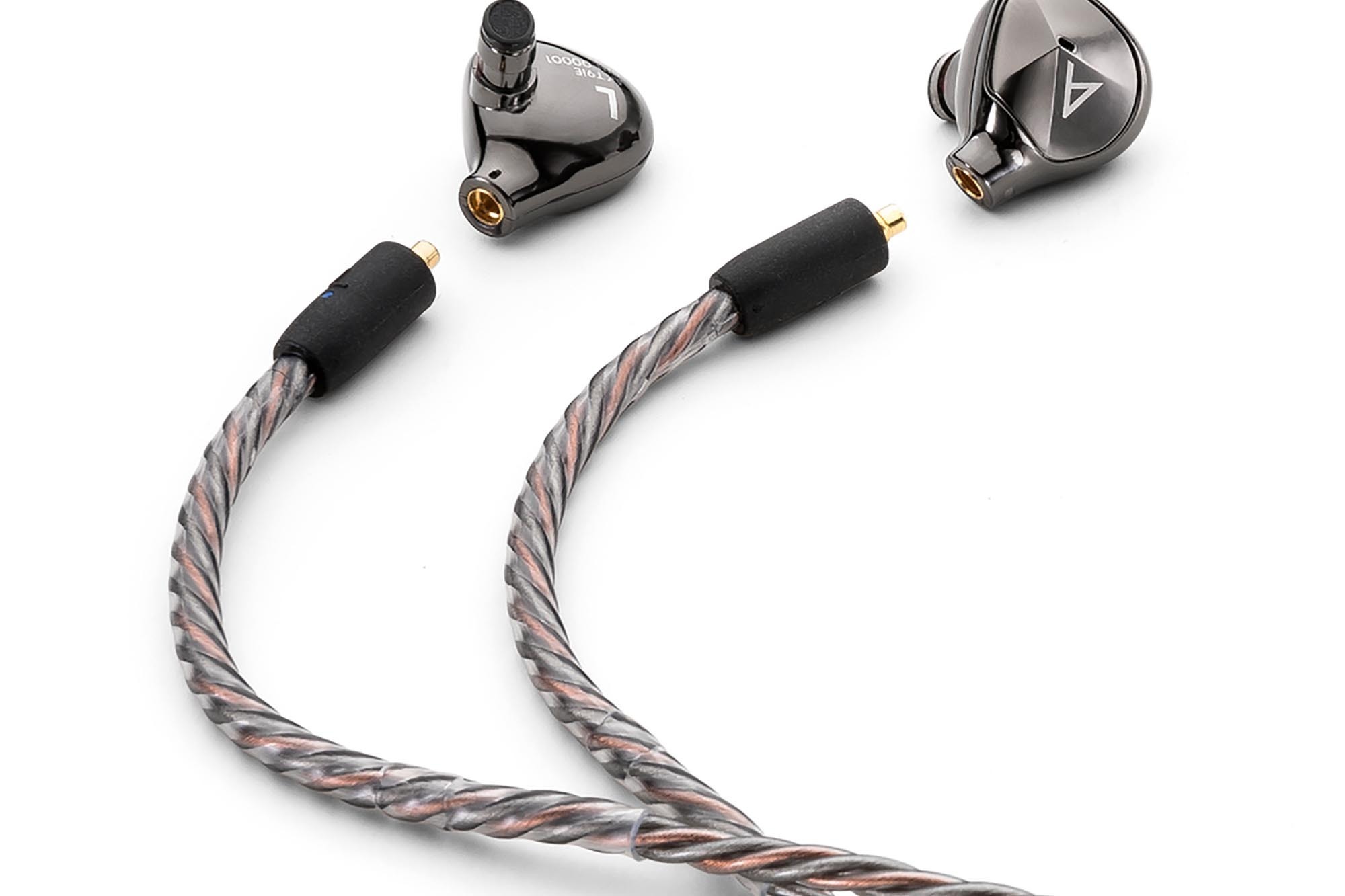 Astell&Kern includes a 2.5mm-to-3.5mm right-angle adapter. I recommend using this adapter anytime you want to take these headphones on the go, and reserve the 2.5mm jack for stationary listening. I do wish that Astell&Kern included a 2.5mm 90-degree connector like they did with the 3.5mm connector. Thankfully, the T9iE’s cable is removable. It’s compatible with any standard MMCX cable.

The cable has a flexible plastic-rubber sheath that lets you shape the cable around your outer ear. The sheath kept its shape well around my ears and even after hours of listening—including falling asleep to the music—I never felt fatigued nor did the headphones ever become painful to wear. 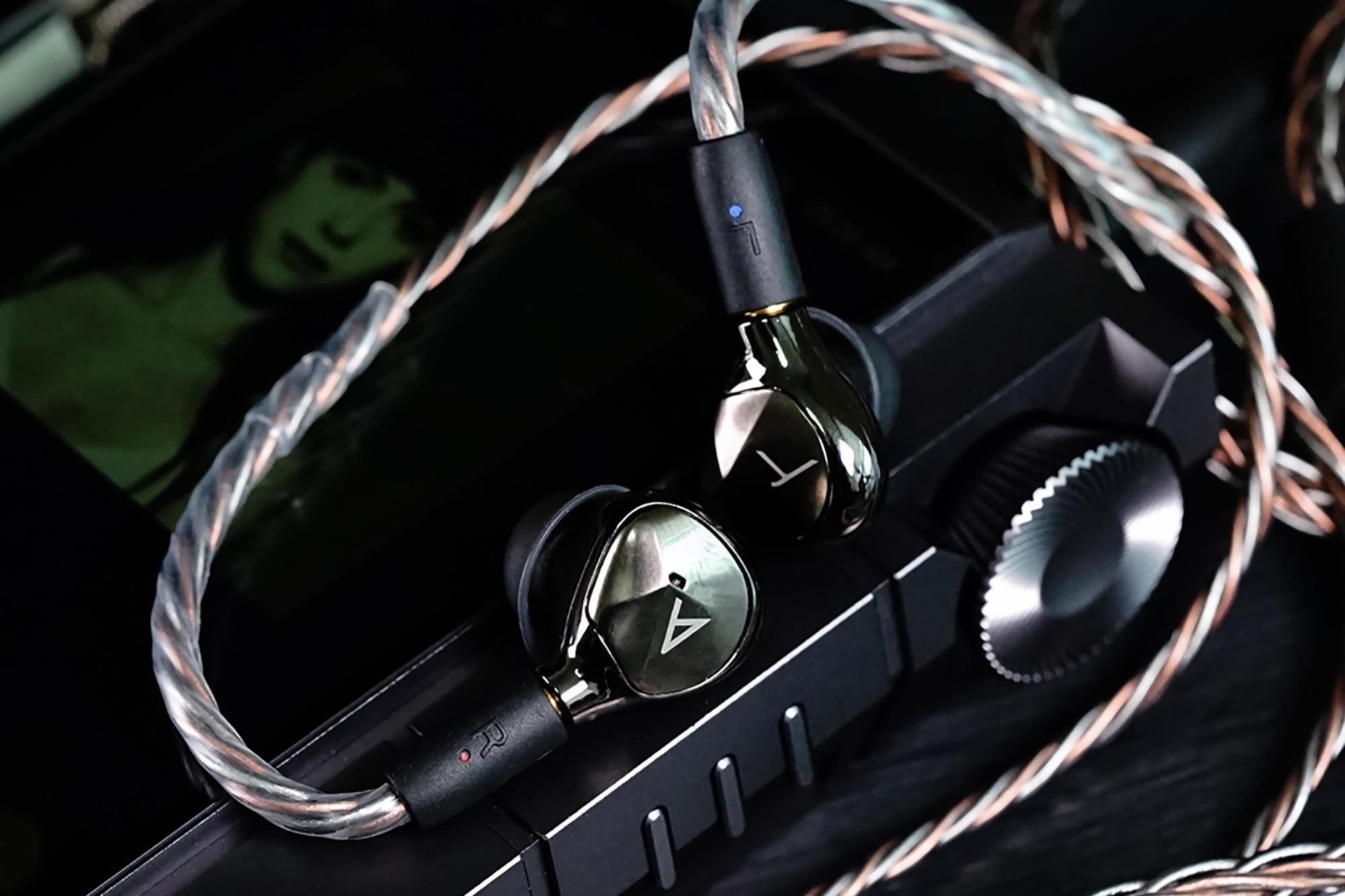 Lots of ear tips and an heirloom case included

The T9iE come with seven pairs of ear tips. Yes, seven—and I needed every last one of them. There are five silicone-based tips and two pairs of Comply memory-foam tips. Getting a solid seal is critical to an IEM’s performance. Unfortunately, I found that the included silicone ear tips didn’t give me the perfect seal, thinning out the sound. I therefore turned to the included Comply memory-foam-based ear tips, which delivered the perfect fit. Note that using a memory-foam-based ear tip will increase a headphone’s bass response. My listening impressions in this review were with the foam-based tips.

The T9iE come in a round case with a flip top. The case is perfect for a dresser but impractical to carry on the go unless you throw it in a backpack or suitcase. The case has enough room for the headphones plus an extra pair of ear tips or an airplane adapter in the small pocket located underneath the top cover. 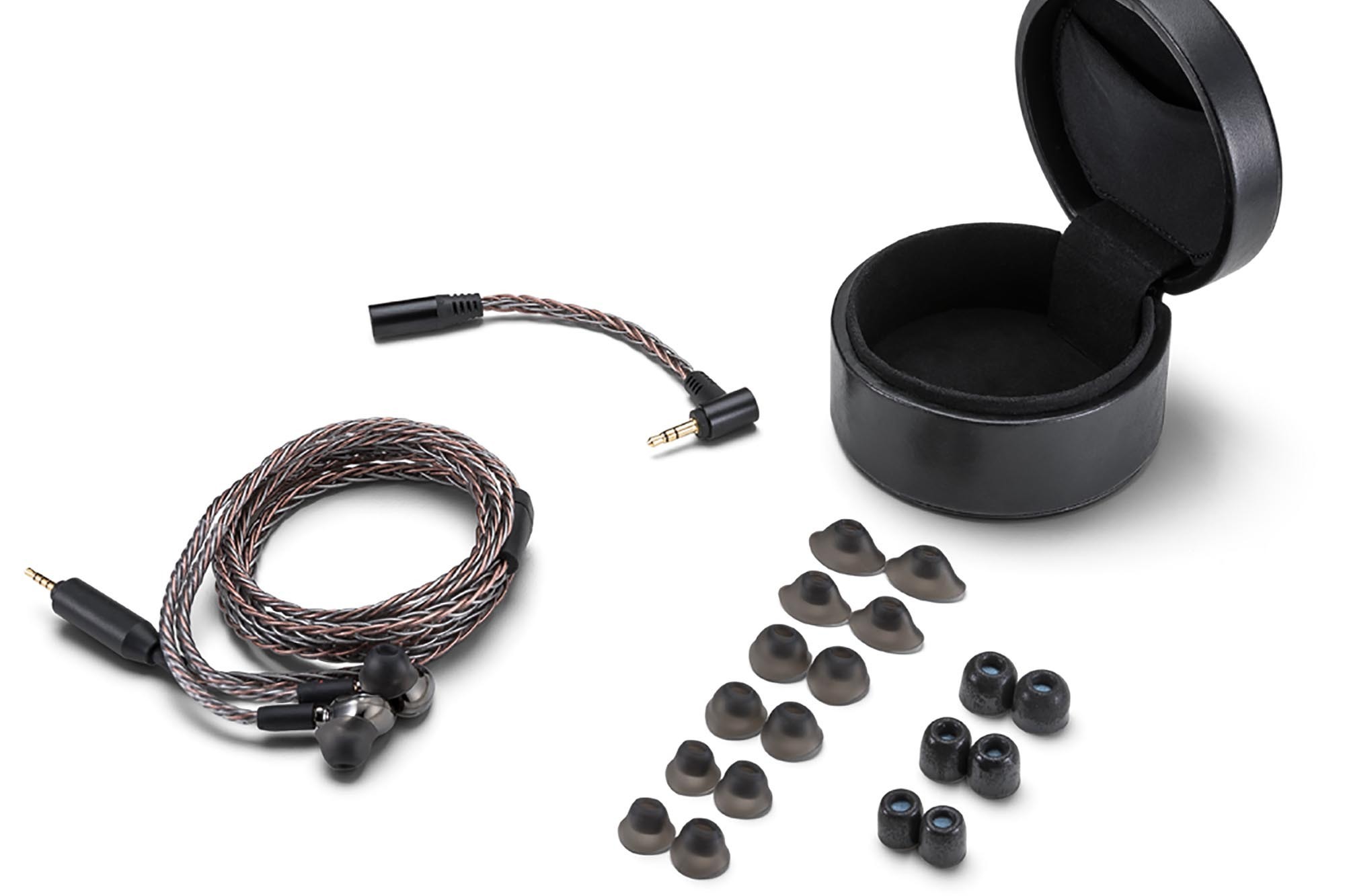 I tested the T9iE with an Astell&Kern Kann and Astell&Kern SR15. I played primarily high-res recordings and also some streaming from Tidal, with a focus on Tidal Masters and Hi-Fi certified music. I used the 2.5mm balanced connector with the Kann and the 3.5mm adapter with the SR15.

I was completely unprepared—blown away—by the performance of these in ear monitors. The headphones were musically engaging and never fatiguing. Time and again I found myself closing my eyes, tapping my toes, or moving my head to the music. Like a Siren, the T9iE called me to experience anew my musical collection.

The first sensation you’ll notice when wearing the T9iE is the uncanny sense of soundstage space, depth, and height. If you’re a classical music lover (like me) who has been disappointed in the way in-ear monitors render the majesty of orchestral works, then the T9iE will astound you. Playing the LSO’s DSD version of Mahler’s Symphony 6, I reveled in the grand expanse of the orchestral stage. The same sensation held true with the LSO’s 24-bit/48kHz recording of “Mars Bringer of War” from Holst’s The Planets, conducted by Sir Colin Davis. Instruments were clearly placed and appropriately layered on a beautifully constructed soundstage. 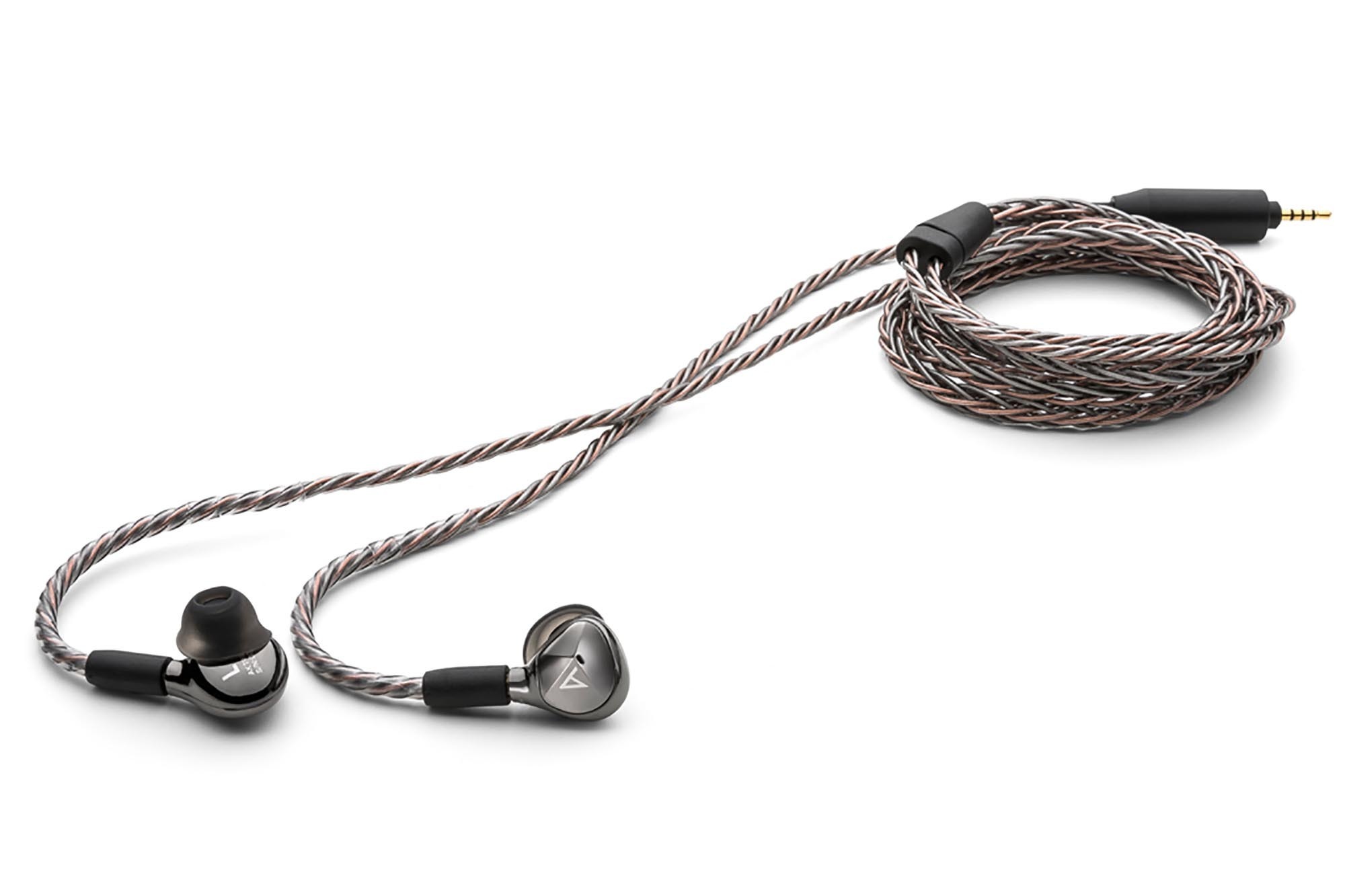 Put another way, the headphones will deliver the music with an immediate three dimensionality that’s more characteristic of over-the-ear headphones. And that sensation isn’t confined to classical. I found that pop songs like Prince’s “Purple Rain” came across with a new-found dimensionality.

The AK T9iE exhibit a superb transparency letting you see deep into the music. The experience is heightened by the fact that musical notes are tight.

The headphones realistically brought to life musical nuances and details such as the echoing vocal decays on Rebecca Pidgeon’s “Spanish Harlem,” Led Zeppeliln’s “Ramble On,” or Lea Michele’s “Run to You.” Vocals sounded completely natural, tight, and detailed. I could follow every last note into silence.

Bass through the T9iE is good and tight. There is ample punch in the upper bass, but I longed for a bit more oomh in the lower registers. If that’s how you feel, you might want to experiment with turning your A&K player’s Amp Mode from normal to high. 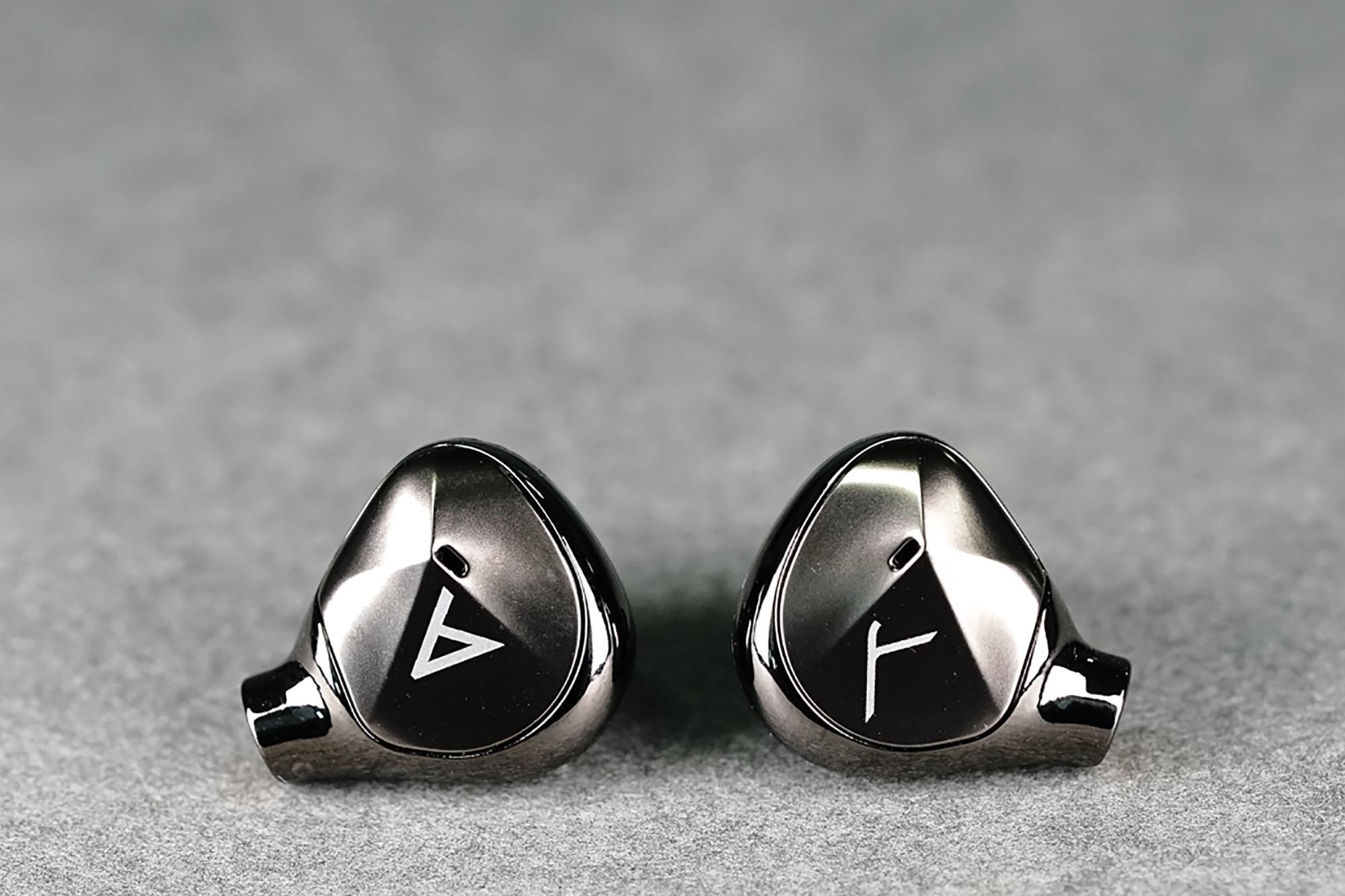 Astell&Kern’s higher-end players feature an Amp Mode that boosts the power output. Using the 2.5mm balanced connection with the A&K Kann’s amp mode set to high, I noted that the T9iE’s midbass exhibited more punch, deep bass notes had more life, and the midrange warmed. Played on the SR15 or the Kann in Normal Amp mode, the headphones took on a more neutral tone.

Worth the expense if you value your music

Over the past several years, the headphone market has exploded. There’s a growing demand for high-performance, audiophile-grade headphones. The AK T9iE qualify on that mark. I fell in love with Astell&Kern’s T9iE. The T9iE fall into that rare review product that made me want to experience artists and music all over again.

At $1,299, these in-ear-headphones are priced for a discerning consumer who can appreciate what these headphones are capable of delivering—a beautiful, transparent, engagning, musical experience. If you can afford the price point, then don’t think twice about giving the T9iE a serious audition.

Don't miss a deal at Brian Tracy
Best offers at Surfdome
Discounts, Sales and Deals at Argos
Save your money with Go Daddy
Online-Shopping with Sephora
Best products at House of Fraser
Latest Posts