The Apple Watch Series 5 is so far ahead of anything that professes to be a peer, there’s only one reason not to buy one: You want multi-day battery life. Otherwise, you’re not going to find a smartwatch with a better screen, more advanced sensors, nicer design, or stronger app support. 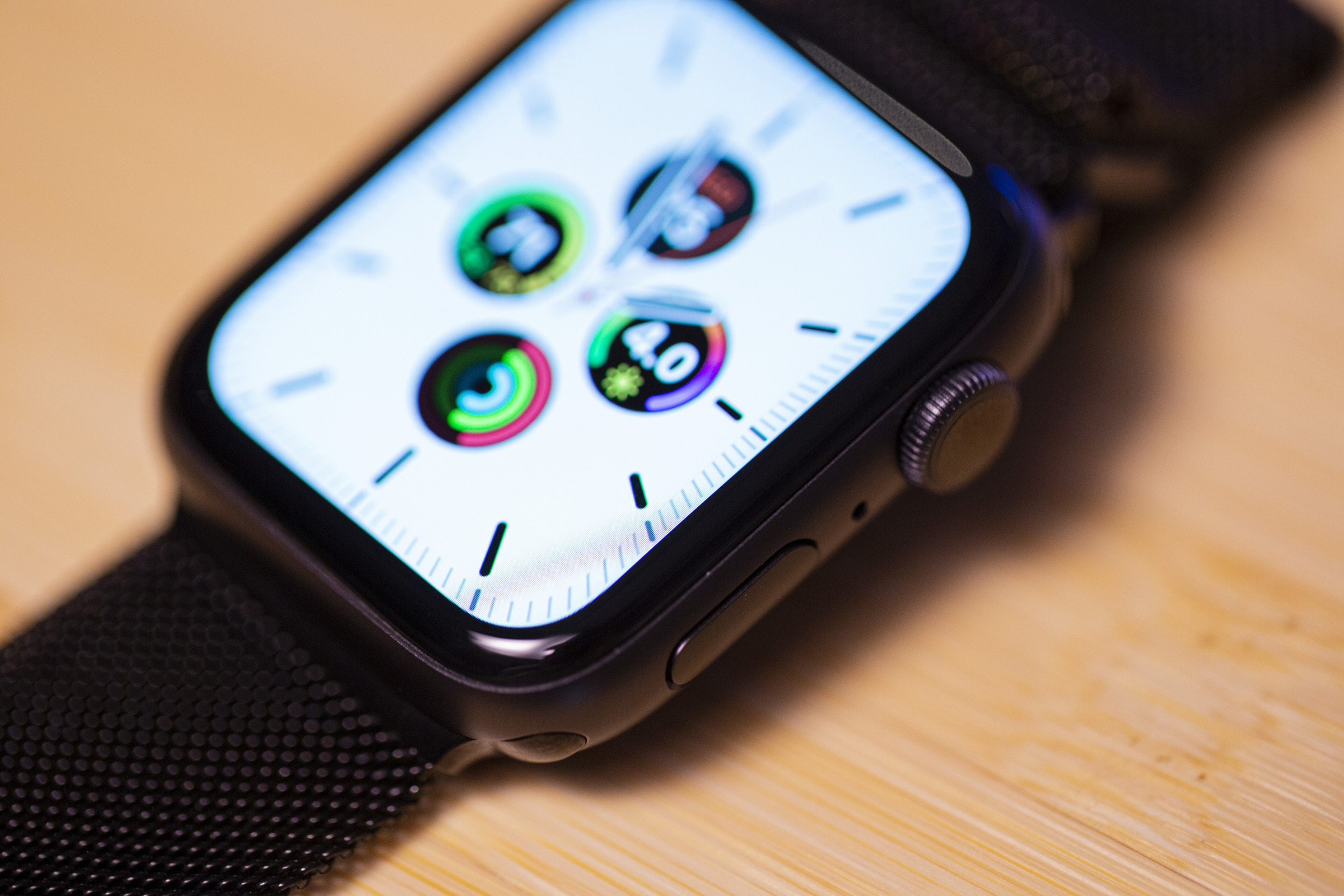 I’ve tested smartwatches from just about every manufacturer—Samsung, Fitbit, Fossil, LG, Huawei, Mobvoi, Withings, etc.—and nothing really comes close to the polish and performance Apple has delivered. Apple haters will scoff at that notion, but the truth of the matter is, if Apple offered an iPhone-free version of the Series 5 watch, it would instantly become the best selling Android wearable. Nothing under the Wear OS umbrella even comes close, and even Samsung’s Tizen-based watches pale in comparison to the seamless, frictionless experience the Apple Watch brings. If anything, it’s so good it’s becoming old hat at this point, and its deficiencies are becoming more glaring.

The iPhone 11 Pro another thousand dollar iPhone and the successor

All that superiority comes at a steep price. The Apple Watch Series 5, like the Series 4 it replaces, starts at $399 and tops out at $1,350, depending on your choice of size, connectivity, and finish. But if you want the best, it’ll be worth every penny. You might be happy with a $199 Fitbit Versa 2 or $279 Samsung Galaxy Watch Active 2, but you’ll be sacrificing something, whether it’s the ECG monitor or an ESPN app. But most importantly, you won’t love it like an Apple Watch Series 5.

Always On makes all the difference

While the new Apple Watch looks identical to the model it replaces, there is some new tech inside. Apple has added a compass to power the new app, as well as twice as much storage for music and apps:

While the compass and extra storage is nice (Series 4 is 16GB), the only advancement over the Series 4 watch worth talking about is the always-on display. The Apple Watch’s blank screen when resting has been its biggest shortcoming since its debut in 2015, but—and I can’t believe I’m writing this—it was actually worth the four-year wait. 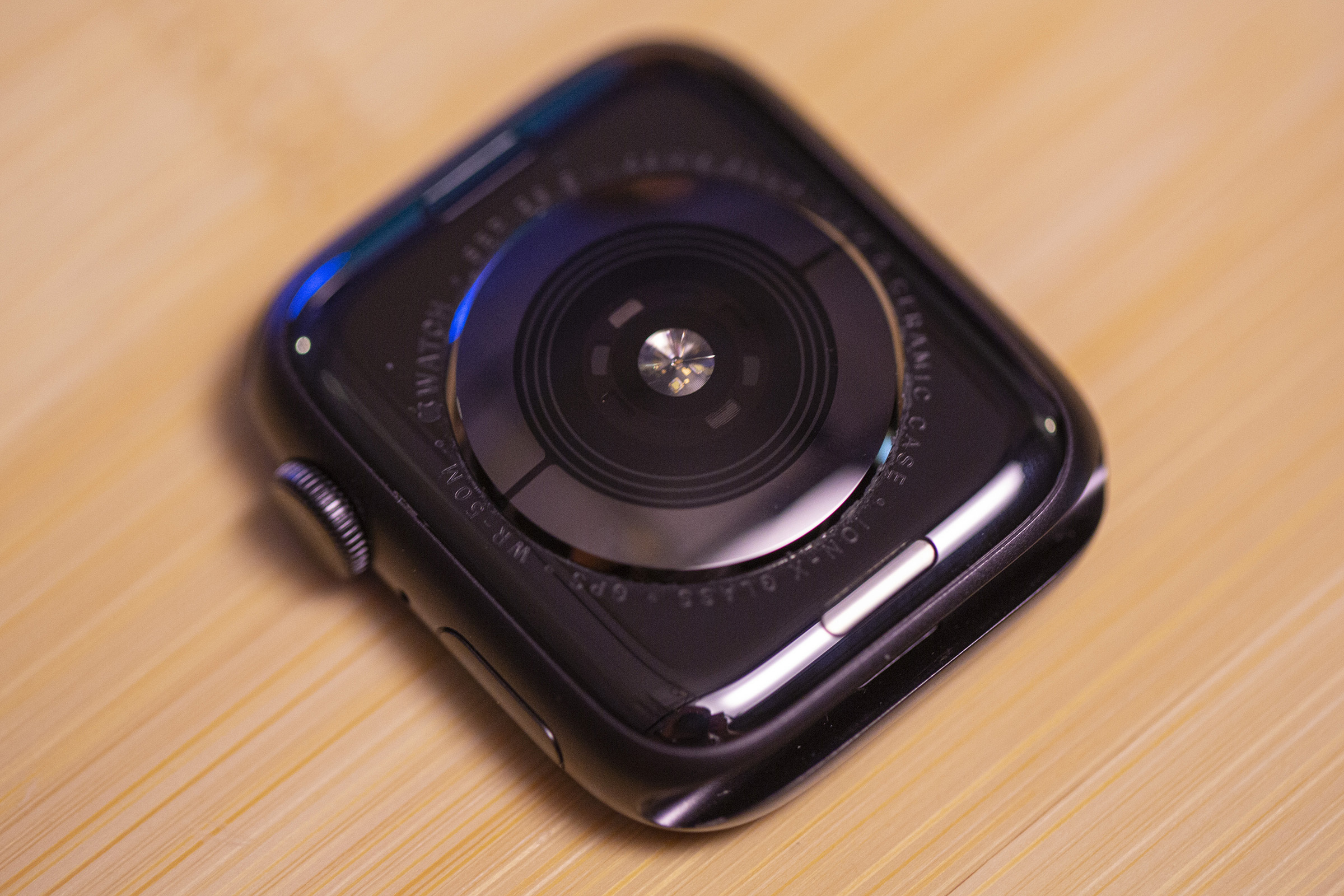 Time after time, Apple introduces a feature years after its competitors and long past its fresh date, and they still manage to make it feel innovative and new. How does Apple do it? An always-on display in 2019 shouldn’t be worth more than a line or two in a review, but on the Series 5, it’s is a pervasive element that makes the watch truly feel like a modern timepiece.

Apple has taken a somewhat different approach than its peers with its first always-on display. Rather than merely dim the screen, simplify and the sap the color, or add a transparent FSTN LCD over the OLED to save battery life like other smartwatches, Apple has combined the best parts of each into a new kind of display that’s equal parts delightful and surprising.

Depending on the face you choose, the always-on display acts differently, sometimes dimming, sometimes inverting, and sometimes leaving only the vital ambient bits. Like the faces themselves, Apple has carefully considered how each always-on screen looks and functions, giving each ambient face a unique style. And the carefully calibrated OLED display means you can read it in direct sunlight at any brightness level. 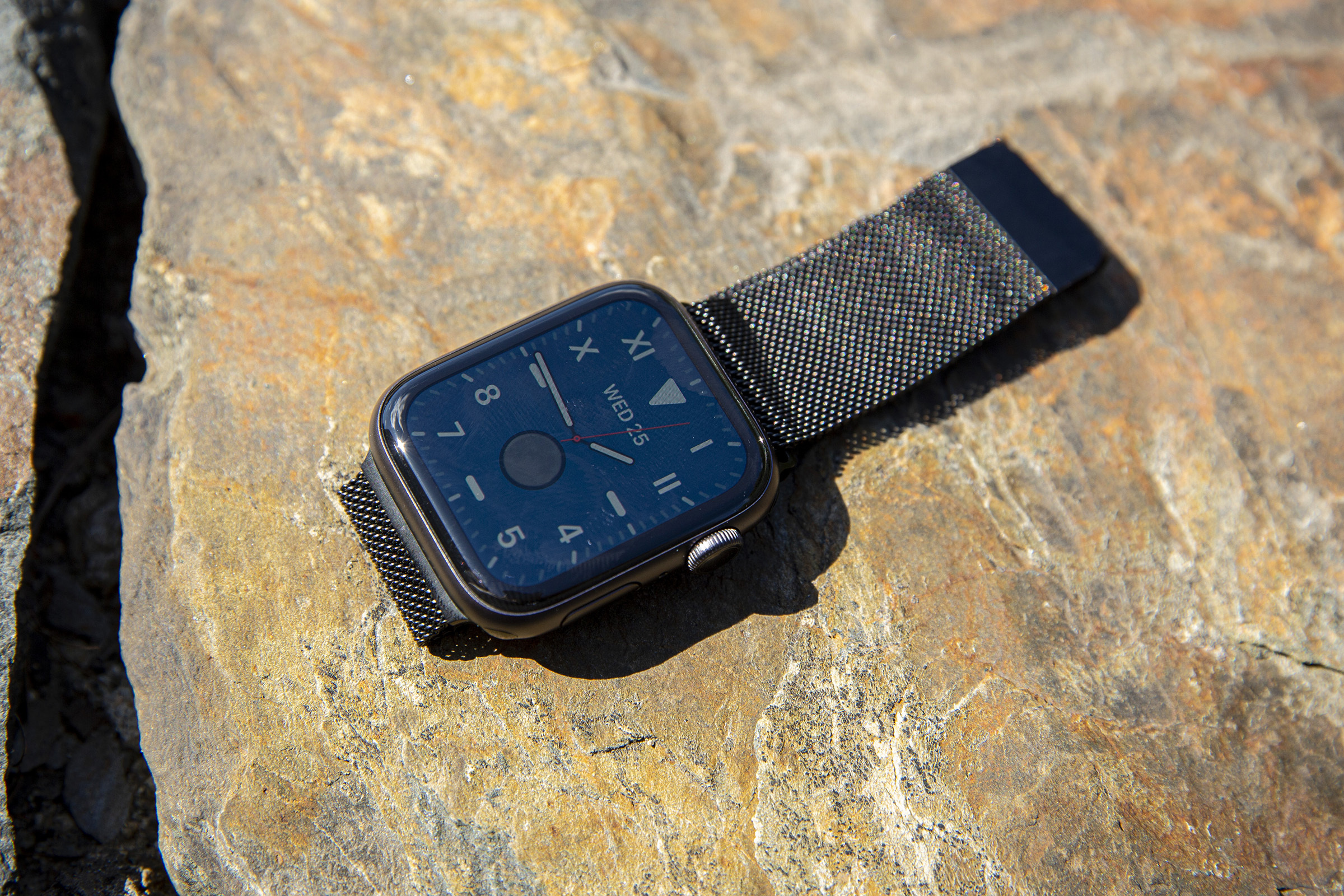 But it’s not just the look of the face that changes. While the watch obviously still tells time, the clock and complications (weather, calendar, etc.) only update once per minute, and time-based complications such as timers are rounded to the nearest minute. The Workout app stays visible but the screen dims and milliseconds aren’t displayed. And when you’re using an app, the background will blur and the time will appear in the top right corner. Apple has put such a high-level of care into the always-on face that I actually turned off the raise-to-wake functionality a few days into my testing. Why? The always-on face gave me what I needed more often than not.

The always-on display provides the kind of at-a-glance functionality you expect in a traditional wristwatch, while still providing the functionality of a smartwatch. For example, you’ll still receive vibrations when alerts come in, but notifications won’t display unless you activate the screen. 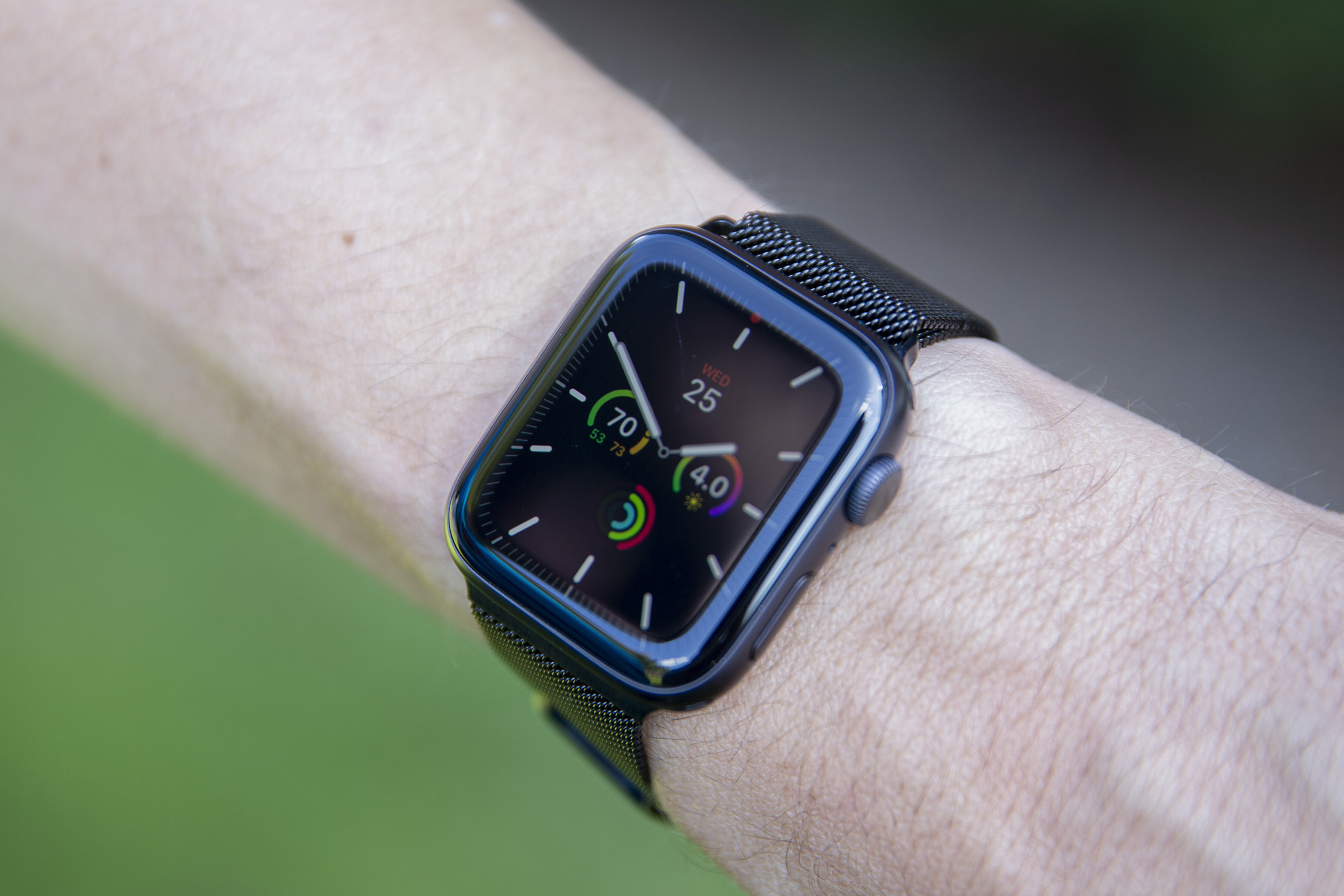 Of course, there are other watches that do similar things with their always-on displays, but none of the methods I’ve seen come close to this level of care. Some are hard to read, others eschew basic functionality, but Apple’s both look good and perform exactly as they should. The Series 5 display may be the same size as the Series 4, but it feels like a whole new experience. If you’re coming from a Series 3 or earlier, there’s no comparison.

Battery life is still an issue 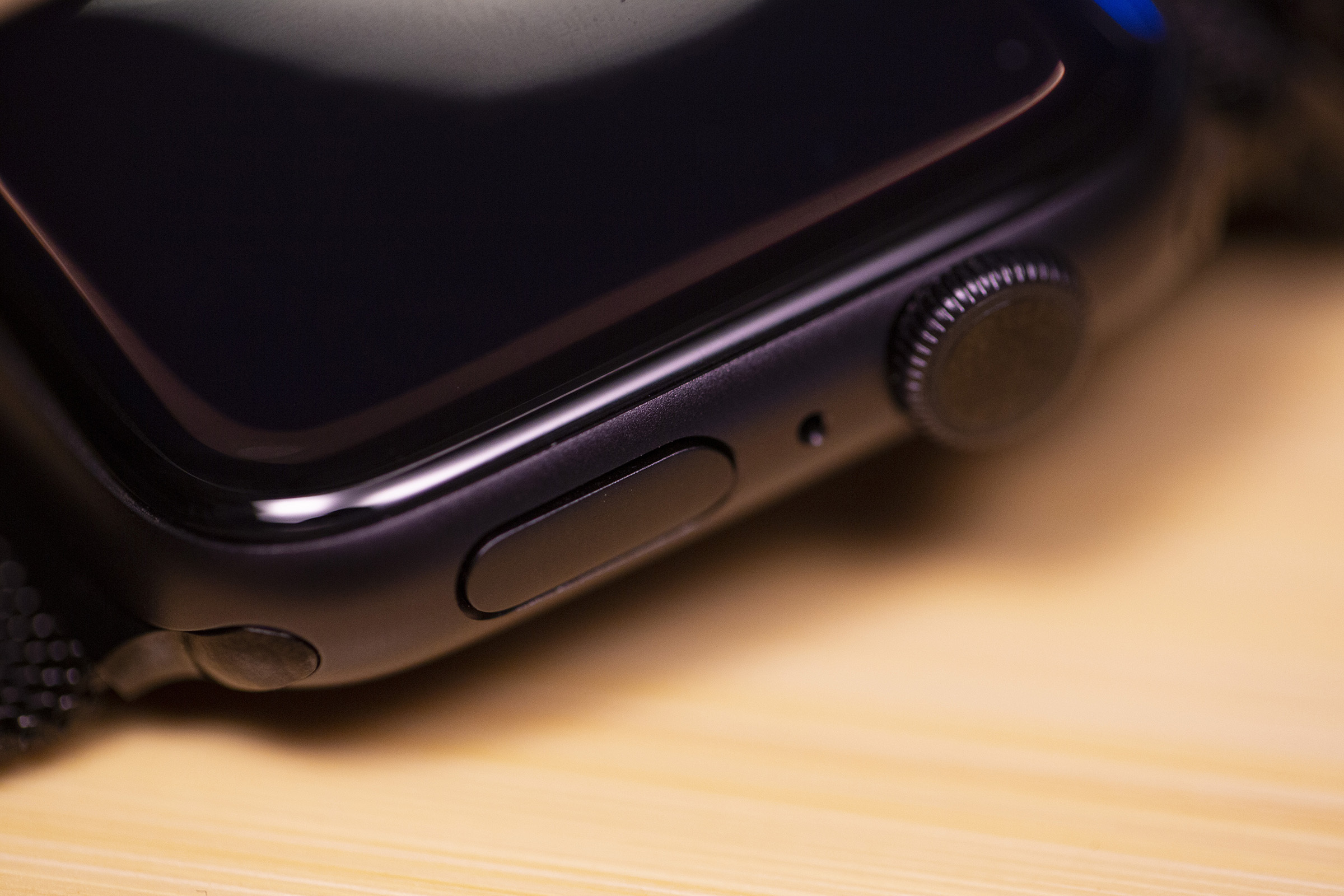 It’s an impressive feat for sure, accomplished through the use of a low-temperature polysilicone and oxide display, ultra-low power display driver, efficient power management integrated circuit, and new ambient light sensor. But the fact that Apple was able to add an impressive always-on display without impacting expected battery life underscores how frustrating the Apple Watch’s battery is. While it charges quickly—I averaged about 70 percent in an hour—it also requires an annoying level of attention. If I go away for a weekend, I need to take the bulky puck charger with me. And even throughout a normal day, it was always on my mind, unlike the Fitbit Versa 2, which can last for days.

Slight adjustments easily added hours to Apple’s estimates, but nothing compared to its peers. All things being relatively equal (notifications and continuous heart rate on, a 20-minute workout, automatic sleep tracking, and various other apps in typical use), I was able to push the battery to a full 24 hours of straight use, either by turning the always-on display off, or by leaving it on and turning off raise to wake. When I used it in the default settings—with always-on and raise to wake active—I got around 20 hours of use. Even with all of the display features turned off, I only got to 36 hours of battery life, far less than what Fitbit and Samsung watches deliver.

But nowhere is the Apple Watch’s battery life more aggravating than while sleeping. Apple doesn’t offer native sleep tracking on the Apple Watch, a feature I assume is coming with Series 6. Much like the always-on display, Apple isn’t going to deliver half-baked sleep tracking, nor is it going to help third-party developers deliver a good experience. 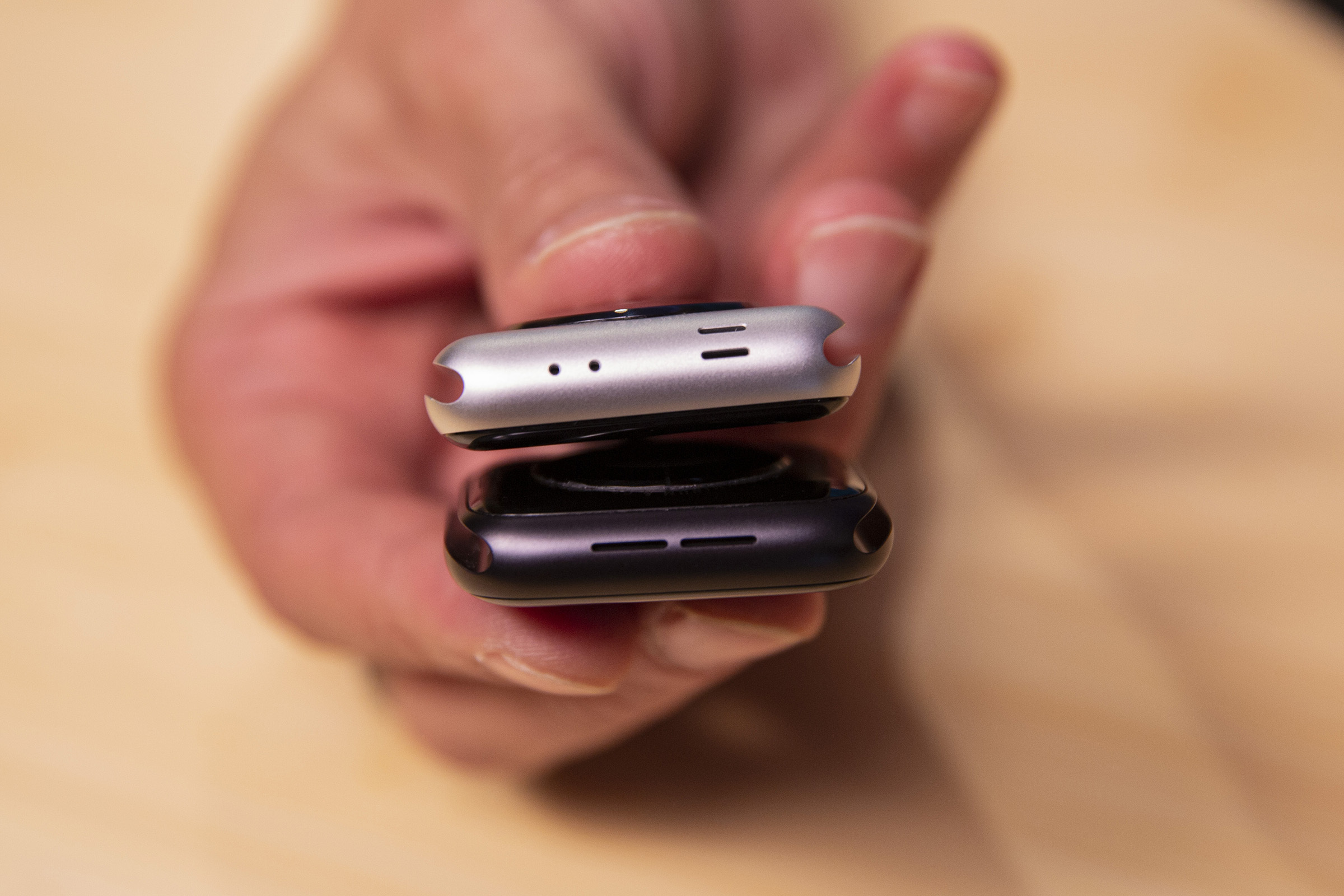 I used Sleep++, and it did an okay job, but it’s nowhere near as accurate or comprehensive as Fitbit’s Sleep Stages. The watch quit twice during my sleep because I didn’t check the battery level. And when I forgot to turn on Do Not Disturb and Theater Mode, the watch woke me up in the middle of the night. So, while you are able to use the Series 5 Apple Watch to track your sleep, but if that’s your main reason for buying it, you might want to look at the Versa 2 instead.

Have App Store, will travel

If sleep tracking isn’t important, however, the Apple Watch Series 5 is basically the perfect smartwatch. Along with the fall detection and ECG sensor that came with the Series 4 watch, WatchOS 6 introduces several new apps and watch faces that add to the excellent library that’s already in place.

Even small features such as International emergency calling—where your watch will recognize where you are and automatically call local emergency services if you’re traveling—are leaps and bounds ahead of what’s offered on other smartwatches. Finally getting a calculator is nice, but Apple’s watch apps are at their best when they’re doing things you won’t need as often. Noise and Compass, as well as Series 4’s ECG, all drive home just how advanced the Apple Watch is, not to mention the thousands of apps that are available to download right on your wrist.

You can now download apps without needing to go to your phone, and it’s as fast and easy as it is on your phone. Apps still aren’t completely independent—when you install an app on your watch a companion app will install on your phone, and if you delete the phone app it will delete from your watch—but it makes the Apple Watch feel much more like a standalone device. And it’s light years more pleasant than the Google Play store on Wear OS. Part of that’s due to the S5 processor, which runs circles around the Wear 2100 chip that powers most Wear OS watches, but it’s also because of Apple’s tremendous hardware and software integration. Like the iPhone, that’s Apple’s biggest strength here, and it exposes just how much of a mess the Wear OS platform is.

There’s no question that the Apple Watch Series 5 is the absolute best smartwatch money can buy. It has an incredible screen, excellent app support, and the strongest set of sensors and features you’ll find anywhere. It’s expensive for sure, but when you consider Tag Heuer sells a $1,700 Wear OS watch without LTE, the price doesn’t seem quite so outlandish.

The Series 5 Watch starts at $399 for an aluminum 40mm GPS version and jumps to $499 for LTE. Another $30 gets you the 44mm version and it goes up from there, depending on the band and your choice of materials, which includes titanium and ceramic this time around. You could easily spend upwards of $1,500, but that’s the beauty of the Apple Watch—the $399 version is just as good as any of the thousand dollar-plus models. The style is what you’re paying for. 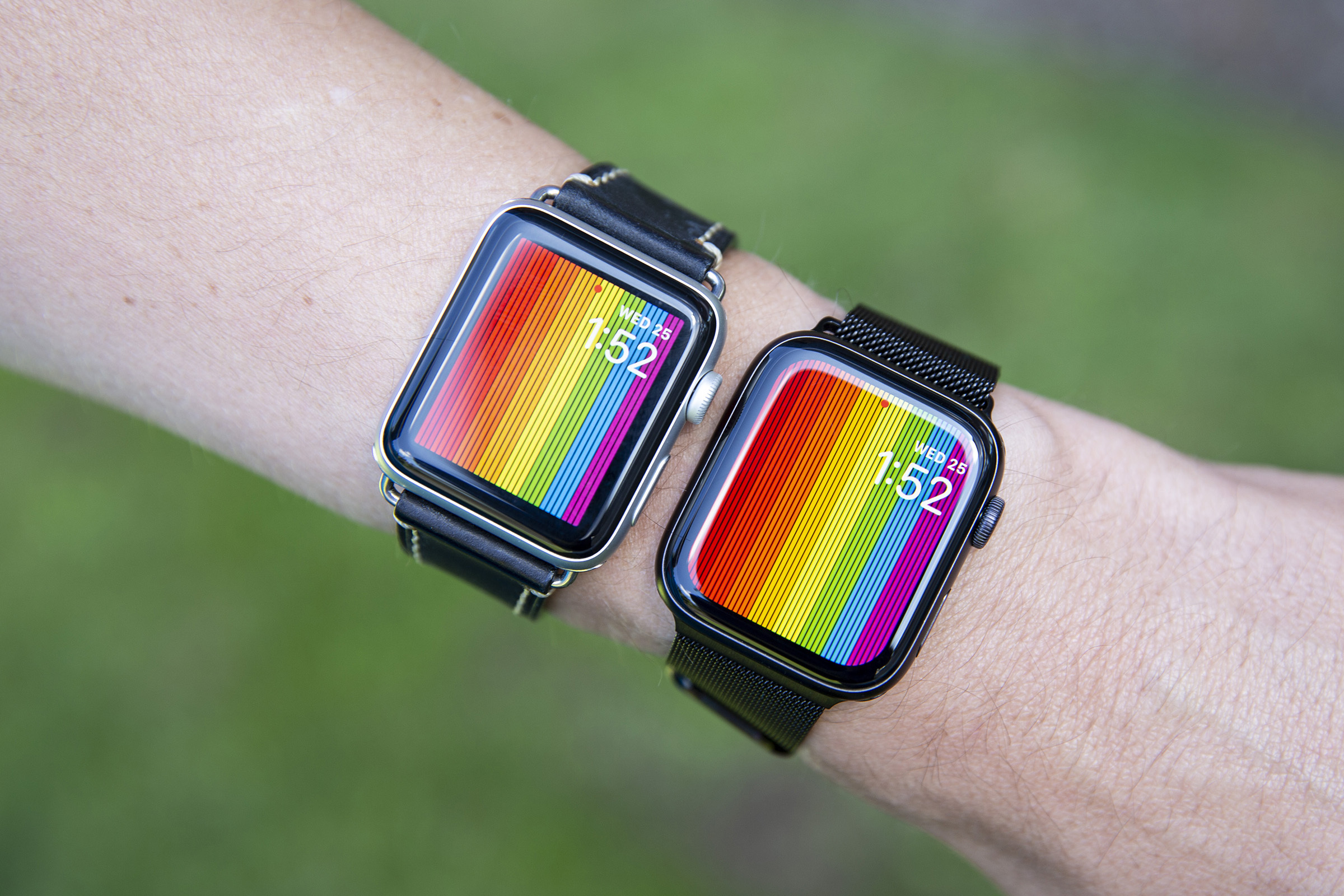 That might be the best Series 5 feature of all. Apple has made it easier than ever to pick the watch you want by letting you combine any body and band. You’re no longer limited to the pre-selected combinations. When you buy one, you’ll get two boxes, one with the watch body and another with the band. Presumably that’s how all Apple Watches will be sold going forward, and it makes a lot of sense. From day one, Apple has positioned its Watch as the ultimate fashion accessory for iPhone users.

The Apple Watch Series 5 brings an always-on display and other minor enhancements, but it’s still missing the one thing it really needs: better battery life.

Don't miss a deal at Brian Tracy
Best offers at The Home Depot
Discounts, Sales and Deals at Myprotein
Save your money with Farfetch
Online-Shopping with Surfdome
Best products at Virgin Media
Latest Posts