Apple updates the $329 iPad with an A12 Bionic chip

Apple is refreshing its entry-level iPad with an updated chip. The 8th-generation tablet includes the company’s A12 Bionic chipset, which Apple debuted with the iPhone XS in 2018. Apple says the chip delivers significantly improved graphical performance over the A10 processor that was in its previous entry-level iPad model. The move to the A12 also means Apple’s most affordable tablet will include a Neural Engine for the first time. The component powers features that leverage machine learning like Face ID and Animoji. 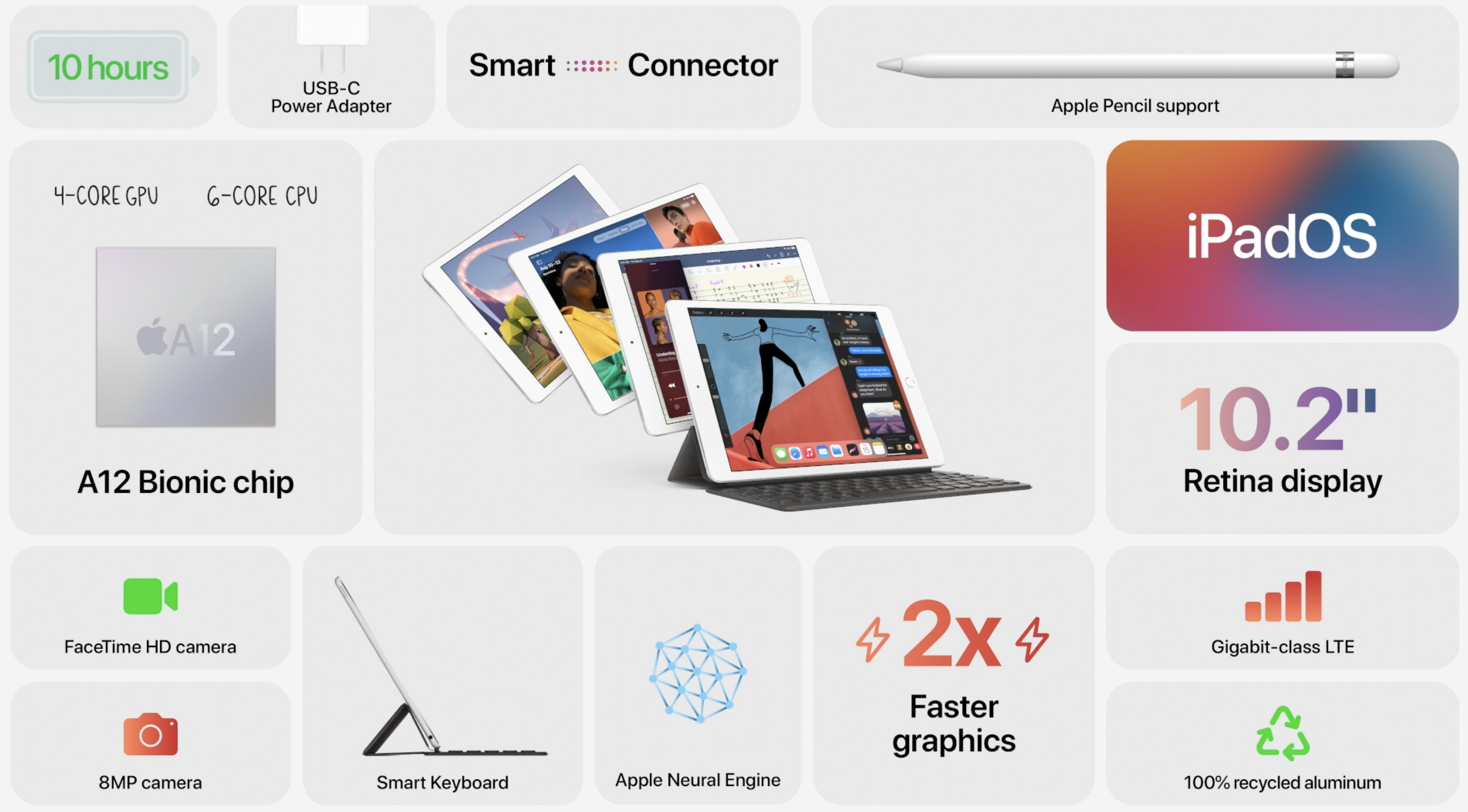 Besides the new silicon, there’s not much else different about the tablet compared to its predecessor. It still features a 10.2-inch display with ample bezels around the screen. As before, it includes support for the company’s first-generation Apple Pencil — that’s the one you have to awkwardly plug into a Lightning Port to charge. You can also use the tablet in conjunction with Apple’s Smart Keyboard thanks to the included Smart Connector port.

The updated tablet will start at $329, making it the same price as the current model, with availability starting this Friday. Education customers will be able to buy the tablet for $299.

Don't miss a deal at Ticketmaster UK
Best offers at Udemy
Discounts, Sales and Deals at Newegg
Save your money with Groupon
Online-Shopping with EE Mobile
Best products at John Lewis
Latest Posts