Many suspected the launch of Apple’s new iPhone 12 series would mean big things for the company’s financials — now we’re getting our first look at just how true that was. In its just-released Q1 2021 earnings, Apple reported raking in a total of $111.4 billion in revenue this quarter, marking growth of more than 20 percent year-over-year and an all-time high for the company. (For context, Wall Street types expected to see the company report just $103 billion in revenue, on average.)

“We’re gratified by the enthusiastic customer response to the unmatched line of cutting-edge products that we delivered across a historic holiday season,” CEO Tim Cook said in a statement. “We are also focused on how we can help the communities we’re a part of build back strongly and equitably, through efforts like our Racial Equity and Justice Initiative as well as our multi-year commitment to invest $350 billion throughout the United States.”

In fairness to the rest of Apple’s product line-up, sales were up by double-digits across the board: iPads accounted for $8.44 billion of the company’s overall revenue, up from just under $6 billion this time last year. (The fairly recent release of Apple’s redesigned iPad Air, along with wide-scale deployments of tablets earmarked for schools, certainly helped.) Mac growth wasn’t quite as dramatic, but Apple still reported $8.68 billion in revenue off its personal computers, driven in part by the release of Apple’s new (and well-reviewed) M1 machines. 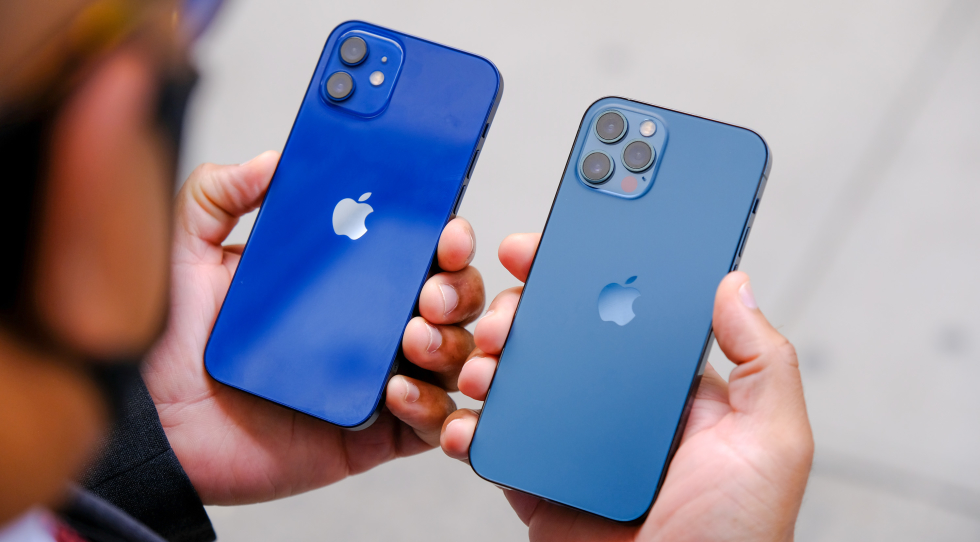 Ultimately though, it was devices like the iPhone 12, 12 mini, 12 Pro and 12 Pro Max that did most of the financial heavy lifting. In Apple’s last earnings release of 2020, CEO Tim Cook characterized iPhone sales at the time as “stronger than expected”, but softer revenue numbers that quarter suggested people were holding out for shiny new hardware. When it arrived, well into Apple’s next fiscal quarter, sales shot through the roof. The company reported $65.6 billion in iPhone revenue alone in the past three months; that’s (yet another) all-time high for Apple’s smartphones, not to mention more revenue than what the entire company was pulling in just a few years ago. Pent-up demand for a 5G iPhone was almost certainly a big driver for shoppers in China, and they showed up in full force: sales in the Greater China region soared to $21.3 billion, compared to just $13.6 billion in the year-ago quarter.

Meanwhile, Apple’s services business — which has long kept the company stable despite shifts in the popularity of its hardware — also saw sharp growth. Revenues surged to $15.8 billion (another all-time record) — from $12.7 billion this time last year. For now, though, Apple’s most consistently reliable business segment remains somewhat inscrutable. Neither Cook nor CFO Luca Maestri elaborated on what standout services helped fuel growth in the company’s initial statement, though the execs did get a little more candid during the customary post-earnings investor call.

Cook was quick to shout out new developments in App Store accessibility, and noted that this was the first quarter Apple One bundled subscriptions were represented in earnings. Maestri chimed in later to note that the company now had more than 620 million paid subscriptions on the books. On the flip side, Apple Fitness was likely too new to make a mark, and one of Apple’s highest-profile bets — Apple TV+ — remains at least partially unrepresented here. Earlier this week, it was reported that anyone who had previously nabbed a free, one year trial of the company’s streaming service could continue to use it gratis until at least July 2021.

Apple is probably over the moon about its performance over the last three months, but a larger question remains: can the company keep this momentum going? Probably not, but we’ll be listening to the investor call in case Cook or Maestri have any juicy tidbits to disclose all the same.

Don't miss a deal at Marks and Spencer
Best offers at House of Fraser
Discounts, Sales and Deals at Argos
Save your money with Sephora
Online-Shopping with Farfetch
Best products at Virgin Media
Latest Posts