Amazon’s tablets may not be the last word in power or luxury, but they do the job for a low price, and make great gifts for kids. It helps, too, that Amazon continues to improve the tablets year on year. In 2018, that trend continued with a handful of small updates to Amazon’s middle-child tablet.

The new Amazon Fire HD 8 is finally available and, if you were considering buying one with the hopes of a sizeable upgrade, it’s probably worth waiting a little longer. That’s because it’s essentially the same tablet as the previous model, but that’s not necessarily a bad thing.

So what’s new? The front-facing camera is now 720p, up from 640 x 480, and the tablet’s microSD slot can take cards up to 400GB in capacity, rather than 256GB. That’s it for new hardware: the rest is precisely as it was before.

The biggest change is that the Fire HD 8 now supports hands-free Alexa and “Show Mode”, which transforms the tablet into a cheaper version of Amazon’s Echo Show smart speaker. There are also a few tweaks to the Kids Edition of the tablet, notably a new interface and the addition of child-friendly audiobooks.

At £80, the new 16GB Fire HD 8 remains the same price as the model it replaces, as does the 32GB model at £100. Both are great value for money and nothing rivals them at this price for sheer usability.

Amazon continues to offer two further variants of the Fire HD 8: versions with and without “Special Offers”. Special offers are ads that automatically show on the screen when you turn on the tablet before unlocking it. The version without them is £10 more expensive for both. 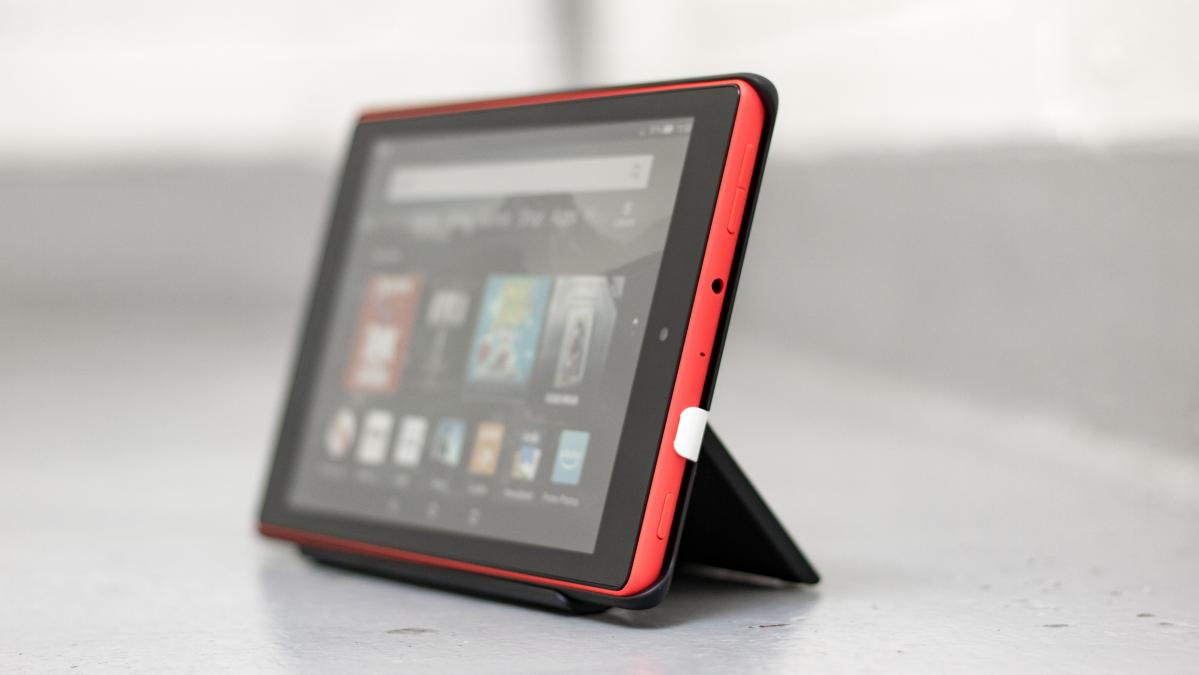 In terms of hardware, there’s an 8in, 1,280 x 800 IPS display up front, a two-megapixel camera at the rear, and Dolby Atmos-enabled stereo speakers. A fairly slow 1.3GHz quad-core MediaTek MT8163 CPU with a miserly 1.5GB of RAM still powers the tablet.

As such, performance is identical to the previous model. Geekbench 4’s duo of single- and multi-core CPU tests returned not-so-speedy results of 623 and 1,738. In other words, it’s adequate, with enough power to play casual games and stream video at the screen’s native resolution, but it will occasionally feel sluggish in operation. 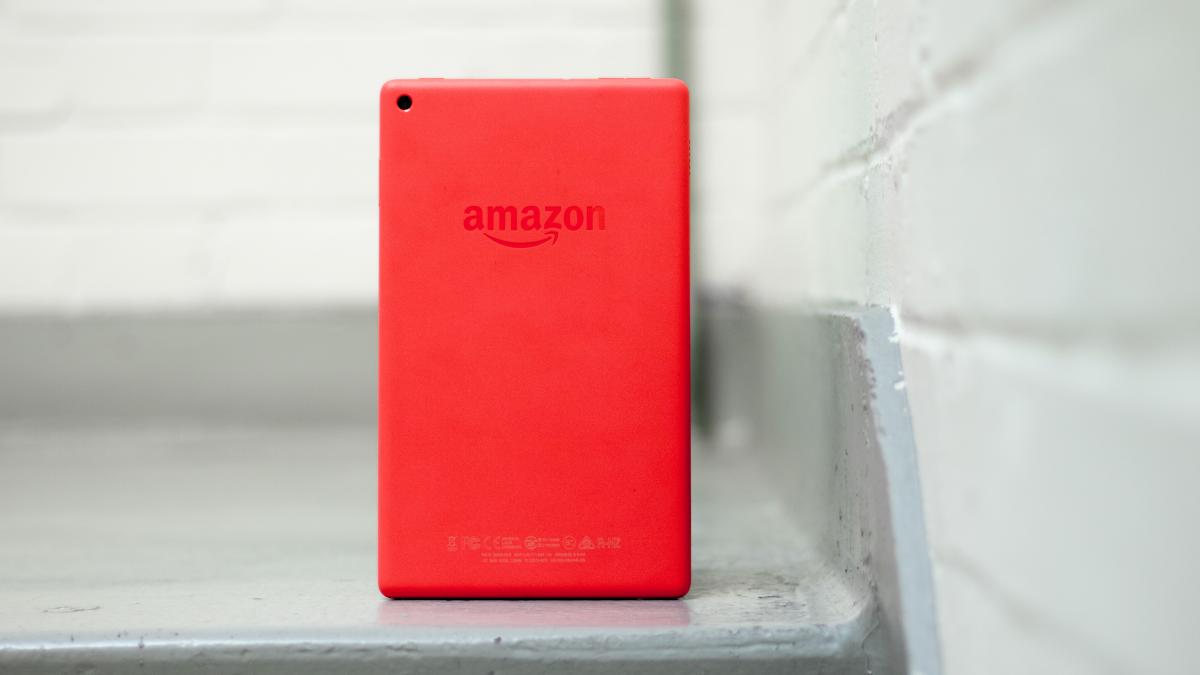 The same core components are accompanied by the same battery, so stamina is largely the same as the old tablet as well. Running our in-house battery test, which plays a 20-hour video with aeroplane mode engaged and the screen set to a standard 170cd/m2 brightness, the new Fire HD 8 lasted just over 11 hours, which is exceptional.

As for the tablet’s display, well, the like-for-like comparisons with last year’s model continue. That’s hardly surprising – the screen’s specifications remain the same – but it would have been nice to see an improvement.

But at less than £100, the Fire HD 8 was never going to set the standard for screen quality. An overall sRGB colour gamut coverage of 62% isn’t unexpected, neither is its rather dull contrast ratio of 1,010:1. Colours did look decent enough, however, and text was easy to read and reasonably crisp. 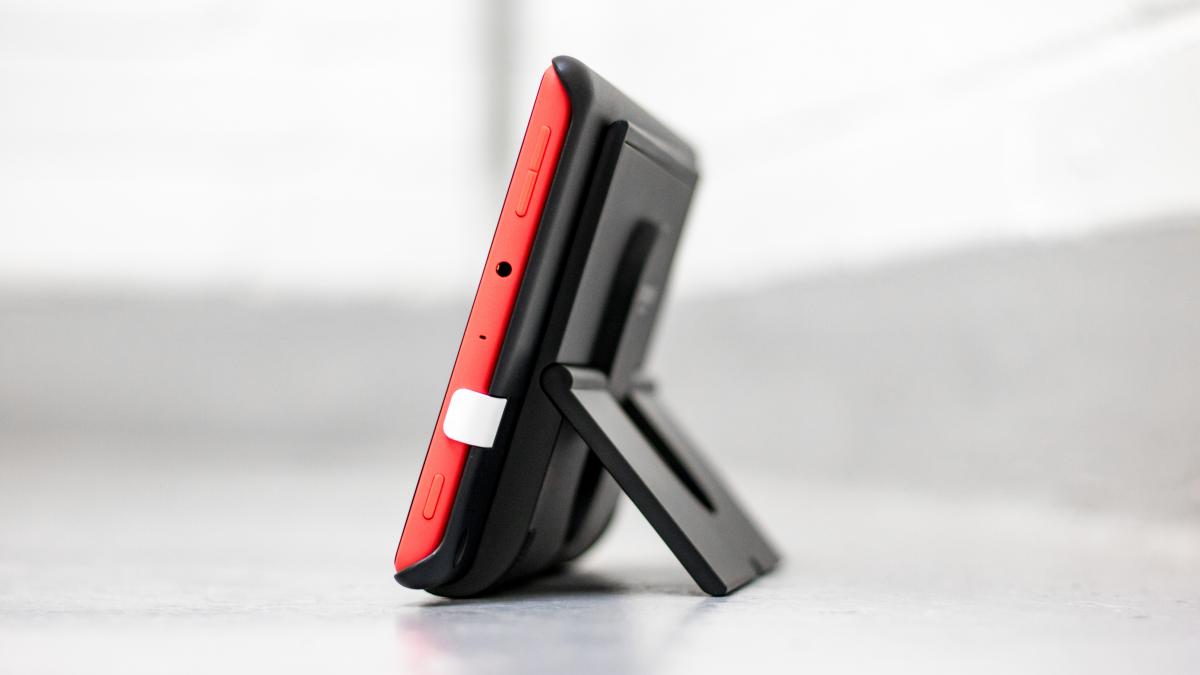 One thing that does a better job is the new Fire HD 8’s camera capabilities. The rear 2-megapixel camera hasn’t changed, and quality is just as disappointing as before with washed-out colours and noisy images, but the front-facing camera has been upgraded to a 720p unit. This helps increase the quality of your weekly video calls to your Brexit-voting grandma in the Midlands.

More interesting are the changes Amazon has made to its Fire OS software. First up, the Fire HD 8 receives hands-free Alexa support, allowing it to respond to the “Alexa” keyword without you having to touch the tablet. Alexa on the Fire HD 8 operates just like an Echo speaker does, including the ability to make calls and drop in on friends and family via their Echo speakers.

Next is Amazon’s “Show Mode”, a feature that fires up an onscreen display similar to what you see on the company’s Echo Show speaker. It shows the time, news, hints and tips on how to use Alexa, and adds visual aids to various Alexa queries, such as timers and questions about the weather.

This feature first debuted in the US earlier this year and is designed to work alongside the new Show Mode Charging Dock, which you can buy in a bundle with the Fire HD 8. This comprises a case – which connects to the tablet’s micro-USB port and provides a couple of charging pins on the rear – and a simple hinged stand that can be connected to any USB power source. Whenever you drop the tablet in its case and on the stand, it begins to charge and fires up Show Mode automatically.

Finally, Amazon is making some changes to the Fire HD 8 Kids Edition. As before, this package includes the 32GB regular Fire HD 8 tablet with a simplified kid-friendly interface and a colourful impact bumper case for protection. It still includes a one-year subscription to the Amazon Fire for Kids Unlimited service and Amazon’s two-year, no-questions-asked, damage and breakage warranty.

New features include a new interface, designed to make things even simpler for kids to get to grips with and the addition of kid-friendly Audible audiobooks to the Fire for Kids Unlimited subscription package.

With so little changing on the hardware front, it was already pretty clear what my final verdict on Amazon’s new Fire HD 8 would be. There are the usual caveats about the availability of apps on the Fire OS app store, the general lack of performance and the poor quality of the rear camera, but there are no other tablets that offer as much as the Amazon Fire HD 8 for so little.