The Amazon Echo (2019) doesn’t feel particular new, given both its form and function is modeled on the existing Echo Plus – but it’s still an excellent smart speaker that offers better sound quality than the second-generation Echo.

The Amazon Echo (2019) is one of the most advanced smart home devices from Amazon. It was one of a range of new Echo products announced in September 2019. Other products launched at the big event include Echo Frame smart glasses and Alexa rings. That means a refresh of the classic Amazon Echo may not sound like the most exciting of the new products unveiled – but it marks a big shake-up for the super popular Amazon smart speaker ecosystem.

The important thing to know is: this new Amazon Echo is essentially the same as the Echo Plus.

What do we mean by that? The Amazon Echo (2019) utilizes the same materials and parts as the Plus model of the Echo. What’s more, both models are pretty indistinguishable when you place them side-by-side – apart from some varying color options.

This is significant. Although we do see new models and refreshes of Echo products every few years – this is technically the third-generation Echo – we don’t usually see a merging of different model identities like this. But it’s clear that the new Amazon Echo will be key to Amazon’s plans for the Echo range in the future. 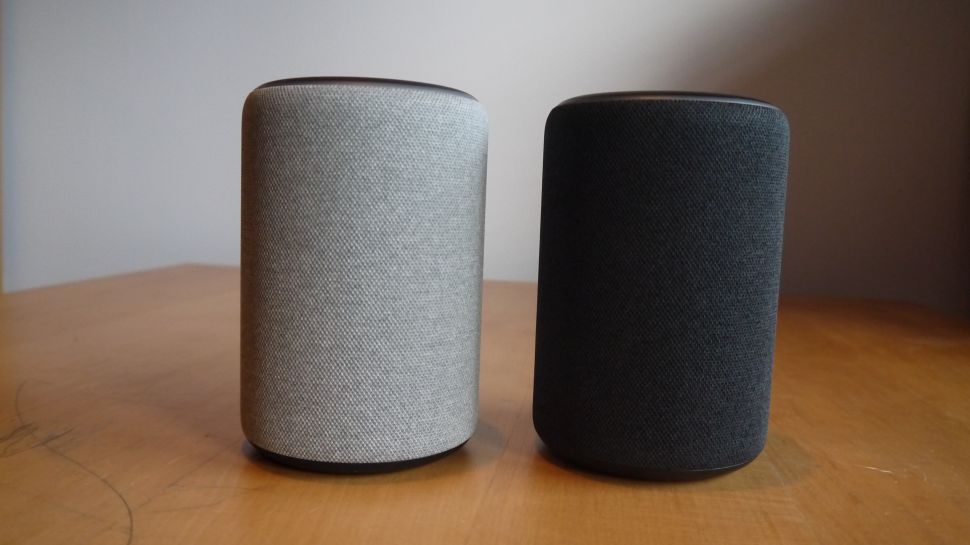 It’s easy to describe the design of the Amazon Echo (2019) – we’ve seen it before in our Echo Plus review.

This new version of the Amazon Echo uses the same physical parts, as well as the enhanced audio architecture of the Echo Plus model. These are some of the design elements that previously set it apart from the standard Echo.

It makes sense from a business perspective to make the Echo look more like the Echo Plus. Amazon can use up leftover parts and the same production line it used for the Echo Plus, though you’d be forgiven for being a little confused about what’s what.

That means the new Amazon Echo features the same bulked-out cylinder shape and wraparound mesh casing, with curved edges ensuring no sharp points – or comparisons to the more industrial tin can design of the first-generation Echo.

You’ll find a power port and AUX out in the rear of the Echo, the latter meaning you can connect the Echo to a more capable speaker system if you wish – though it may slightly defeat the point of the Echo’s improved audio. If you’re simply going to plug the Echo into an AV setup, you may want the cheaper Echo Dot instead. 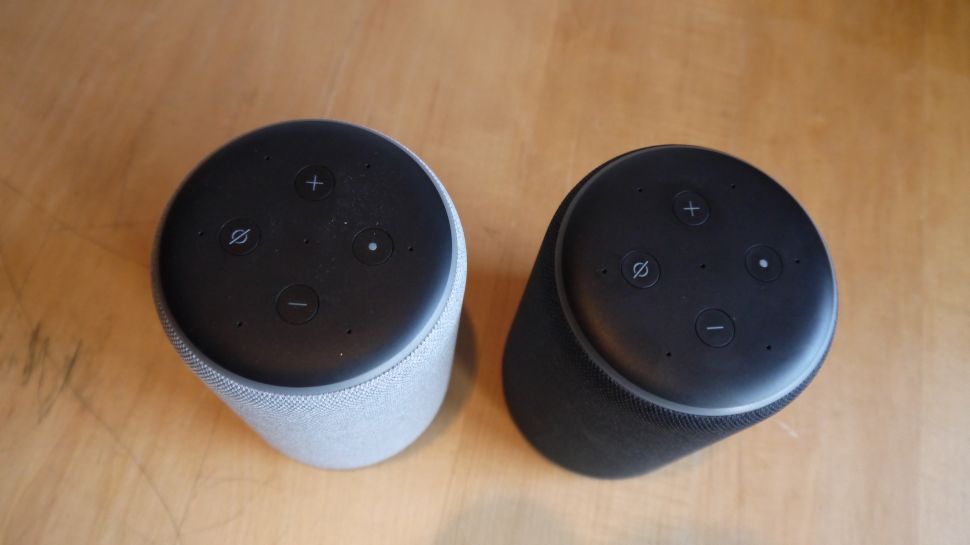 The uppermost side of the Echo has four inputs to choose from, consisting of two volume controls, an action button (to ‘summon’ Alexa) and a mute button to stop Alexa listening out for your commands. You don’t get the physical shut-off as in the Pure DiscovR smart speaker, but it should cut off any audio recording.

So, is anything actually new? There is a new Twilight Blue color – alongside the standard Charcoal, Heather and Sandstone – that may help the new Echo stand out if you already have one or several older models in your home.

Other than that, the only really difference with the Plus is one of functionality, in that the Amazon Echo (2019) doesn’t feature the Zigbee interface for connecting to a wider range of smart home devices beyond core partners like Philips Hue, WeMo, Belkin, or Samsung SmartThings. This was never really the killer feature of the Plus, though; the improved sound quality is really what made it stand out, and a minority of users will have come up against the need for that feature.

In a gadget market where most major manufacturers are building Alexa capability – Works With Alexa, as it’s called – into their devices, Amazon is naturally having to do less in this regard off its own back. 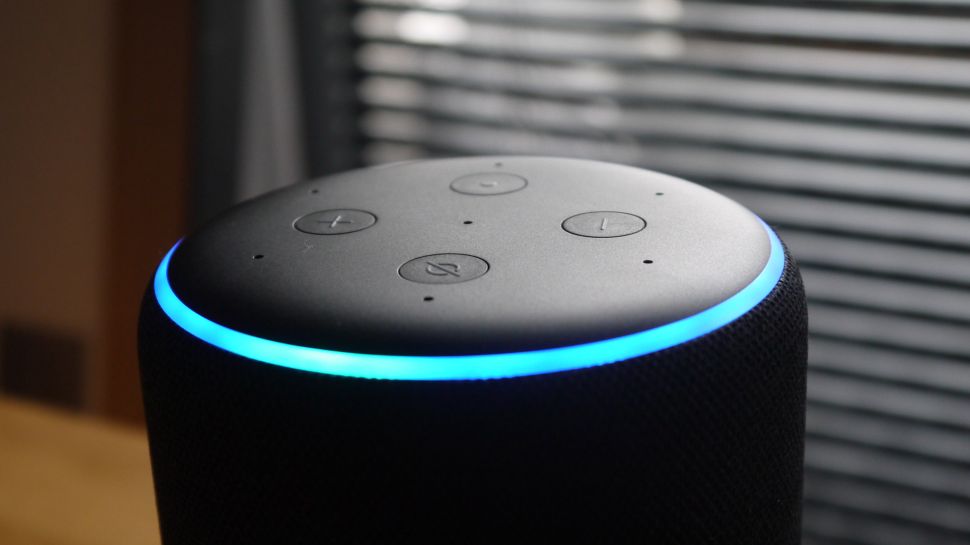 What’s new with the Alexa in the new Amazon Echo is really just what’s new with Alexa in general. Amazon’s smart assistant offers the same functionality across the Echo range, meaning that new features and updates come simultaneously across all Alexa devices.

There are plenty of straightforward day-to-day uses for a voice assistant like Alexa, which responds to verbal commands and largely does without a need for physical inputs – even if you can use the Echo’s button inputs if you wish.

Asking Alexa to turn on a radio station or music playlist – across Spotify, Tidal, Deezer, or Amazon Music – is simple and immediately responsive, while Alexa’s ability to set alarms and reminders, send announcements to other Echo devices you own, talk about the weather, or tell how you much traffic is on your commute makes this Echo (like any other) a hugely convenient personal assistant and information source.

The Alexa Skills platform is still a bit of a muddle, and most users can likely get by without delving too much into it. But for more specialized functions like quizzes, ocean and animal sounds, Song ID, or ways to find your mobile phone, Alexa will occasionally direct you to certain Skills in order to complete your request.

The Alexa app itself can be a bit an absolute labyrinth when it comes to setting up devices, connecting an Echo to your TV, or attempting multi-room and paired stereo audio – and Alexa will usually tell you to search the app if you ask about the features. (Little tip: try not to have multiple Bluetooth devices active around you during setup.)

However, using Alexa today also feels a lot more… human than it used to. Alexa’s voice capabilities have naturally improved after several years of extensive user data and in-house R&D, and it’s easy to feel at times that you’re having a real conversation, even if the spotted capability of the AI still rears its head pretty regularly.

Human syntax is complicated, and Alexa will often apologize for “not knowing that one” when you think you’ve given a clear command. But as long as you accept the limitations, and are willing to Google things yourself when Alexa’s failed you, you shouldn’t be left too frustrated by it.

A recent voice profile feature also means Alexa can identify who in the house is speaking to it, and cater the results to them. This is not unique to Amazon’s AI – Google Assistant and Siri do the same thing – but it speaks to the general increase in personalized voice interaction.

We did encounter some bugs with the Alexa AI interrupting itself, or repeating an answer twice over – but it was a minor issue that didn’t feature in the second model we tested, and we recommend you returning the item within warranty if this happens. 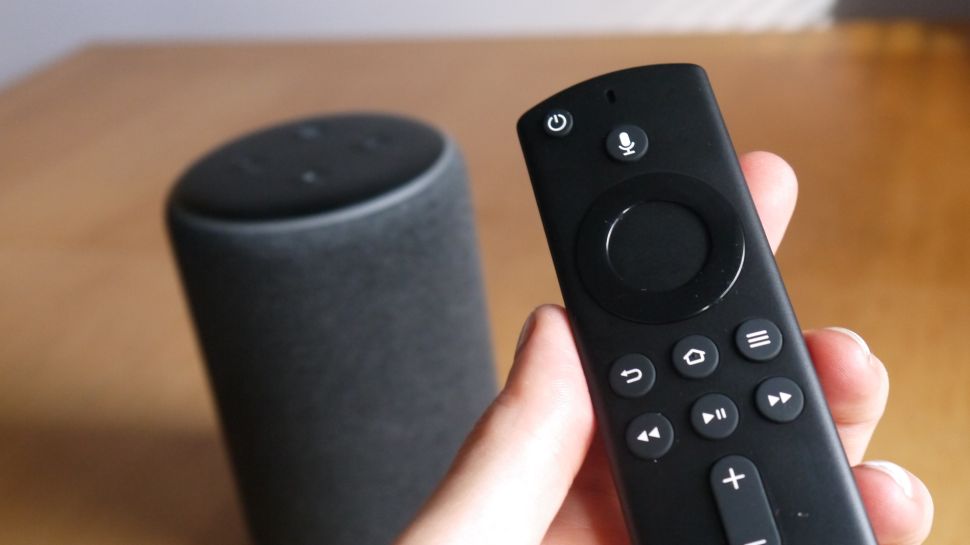 The sound offered by the new Amazon Echo is on par with the Plus, as it should be given the identical parts.

We’re told by Amazon that the 2019 Echo now boasts “the same audio architecture as Echo Plus, including neodymium drivers, 3-inch woofer and increased back volume so the bass feels stronger, and the mids and highs are clearer.”

There’s a clear improvement over the second-generation Echo, with more assertive bass creating a fuller sound, even if you don’t get a huge amount of audio detail in low- or mid-range frequencies. The strength remains high-frequency audio such as podcasts, news broadcasts, or when emitting Alexa’s own voice from the device.

One of our main complaints of the previous Amazon Echo was its poor audio quality, which was aimed largely at a clear voice for Alexa over particularly impressive sound for music or otherwise. The improved audio here is welcome, though it’s still based on (now outdated) technology from the Echo Plus. However, it’s reassuring to see the baseline audio quality for the standard Echo get a boost from what it was before. 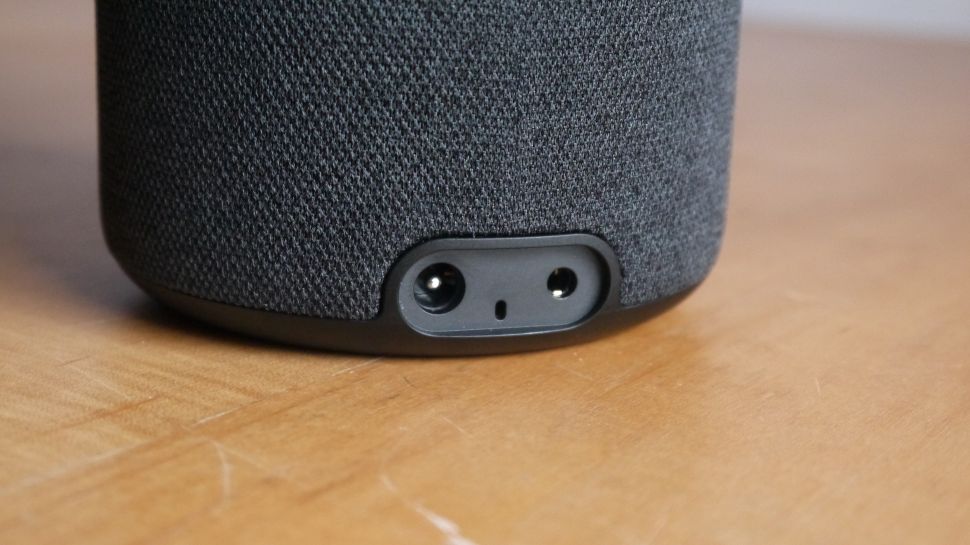 For a real audio fix, you’ll want to check out the Amazon Echo Studio, which gives a real boost with Dolby Atmos capable speakers, and – from our limited time with the model so far – seems like the audio-focused Echo model we wish Amazon had put out sooner.

The mic array is also pretty exceptional, with the Amazon Echo (2019) proving able to pick up even murmured commands from up to a couple of meters away.

The Amazon Echo (2019) doesn’t feel particular new, given both its form and function is modeled on the existing Echo Plus. However, as it offers those advancements at the price of a standard Echo model – and launches alongside a truly audio-focused Echo Studio – it marks a company taking sound quality more seriously across the board.

As Amazon releases a broader range of Echo products, certain models will feel less necessary than others, but the new Amazon Echo is certainly a better product than the second-generation Echo – and Alexa remains a convenient smart assistant for those who like hands-free voice commands.

Don't miss a deal at EE Mobile
Best offers at FNAC
Discounts, Sales and Deals at Nike DE
Save your money with Udemy
Online-Shopping with Bodybuilding
Best products at Brian Tracy
Latest Posts