Acer has revealed its new range of hybrid laptops, replacing its “Aspire R” brand with the “Spin” name. Like the Swift 7, the Spin 7 sits at the top of its range, with high-end components, a super-thin design and premium build quality.

Also in the Spin range are Spin 5, 3 and 1 models, which become less powerful and chunkier as you move down the range. 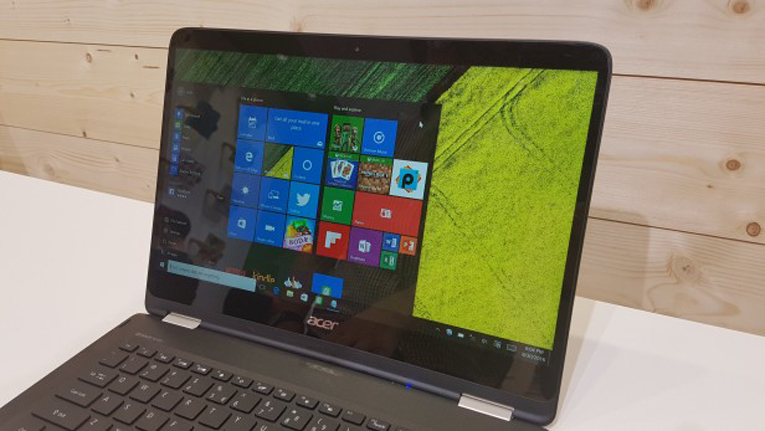 The Spin 7 is one of the best-looking hybrid devices around and has a similar feel to Lenovo’s Yoga Pro machines. At just under 1.1cm thick and weighing in at 1.2kg, it’s impressively thin and light for a laptop that features a 14-inch screen and a hinge that allows it to fully rotate.

The screen itself is surrounded by a super-thin bezel, which puts it close in dimensions to a conventional 13.3-inch laptop rather than a 14-inch machine. In real terms, it doesn’t make a huge difference to its portability, but it certainly looks great.

The grey aluminium coating looks classy, and its straight lines, curved corners and sharp edges give the Spin 7 a sturdy look and feel.

Along the right edge sit two USB 3.1 Type-C ports and a 3.5mm audio jack. On the left is a power button and the volume rocker for use when the device is in tablet mode. 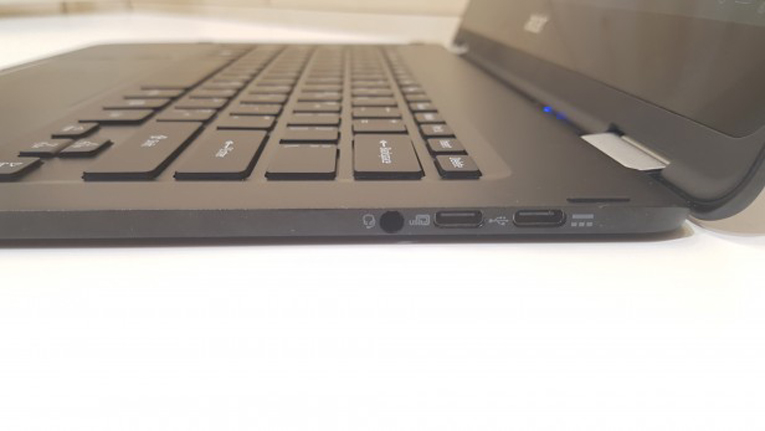 The screen itself is a Full HD IPS panel. It’s bright and capable of displaying punchy colours, and the touch controls themselves are fairly accurate and sensitive, at least during initial testing.

The keyboard features the same grippy coating as seen on the new Swift 7, and is nicely weighted. It’s one of the better ultra-thin laptop keyboards out there right now.

The touchpad is Microsoft Precision-certified, meaning it’s sensitive and capable of performing all the multi-touch gestures you’ll need without fuss. The pad itself is very wide, which provides more space than you’d otherwise expect from a small laptop. 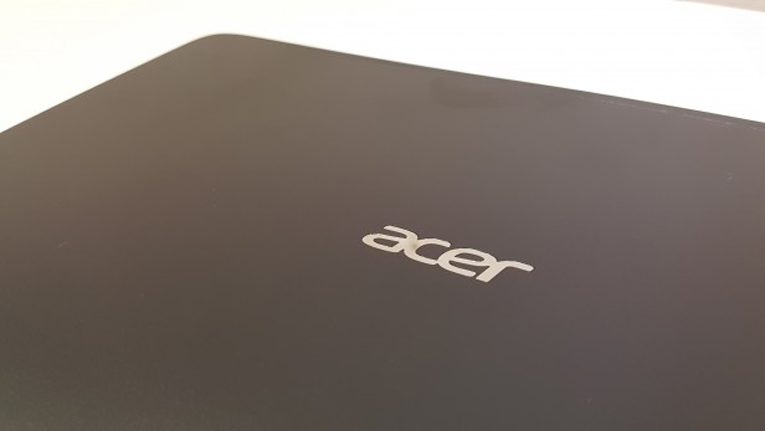 The headline feature of the Spin 7 is the screen’s ability to flip around into Tent and Tablet modes. This works well, although the hinge Acer has employed feels a little flimsy. I hope this is something Acer is able to rectify for the final model because, as it stands, this particular element doesn’t befit such an expensive laptop.

Raw performance will be speedy enough, but don’t expect this fanless laptop to put in the same performances as its higher-end Core i7 siblings; it won’t be able to sustain that 3.6GHz boost speed for extended periods. 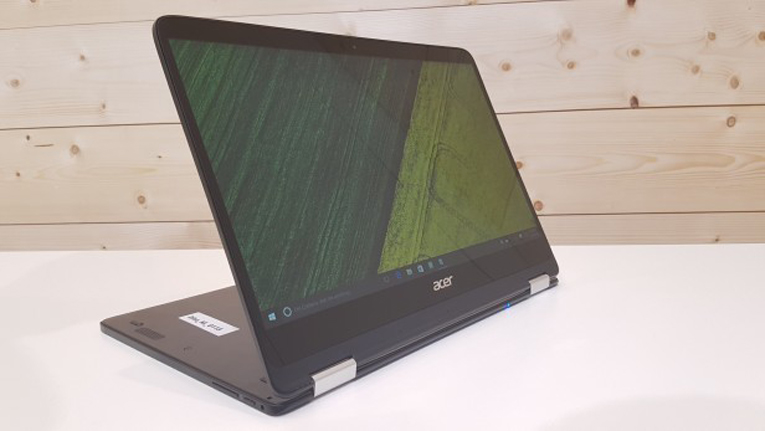 Acer reckons the Spin 7 will have an eight-hour battery life, and with such a low-power processor this is likely to be accurate.

Prices for the Spin 7 will start at €1,299 in Europe (around £1,326 inc VAT), making it one of the more expensive hybrid laptops on the market. It’s a niche proposition, but equally a very tempting one for those in the market for a hybrid.

The Acer Spin 7 will be available in October.

Don't miss a deal at Udemy
Best offers at FNAC
Discounts, Sales and Deals at Marks and Spencer
Save your money with Intuit Small Business
Online-Shopping with Argos
Best products at Currys
Latest Posts