The Vankyo Leisure 520W is a basic projector without much aspiration. It works and it does display smooth well balanced pictures but what bothers us more is the very limited user interface as well as the noise.

There’s a newcomer in the very crowded world of entry level portable projectors. Meet the Leisure 520W from Vankyo, a brand that – like many others – has built a reputation on Amazon’s busy marketplace. It is a compact mini projector that competes with a myriad of other devices both on the world’s largest ecommerce website and on crowdfunding outlets.

You can preorder the Vankyo Leisure 520W from Indiegogo with an estimated shipping date towards the end of the year. The current early bird price is $129, which is 28% less than the $179 it will command at retail when it launches. At the time of writing, the campaign had – unsurprisingly – smashed their goal with 60 backers pledging $7,800 with six days left. It is unlikely however to reach the next stretch goal – $50,000 – which would add another year to the existing two-year warranty. 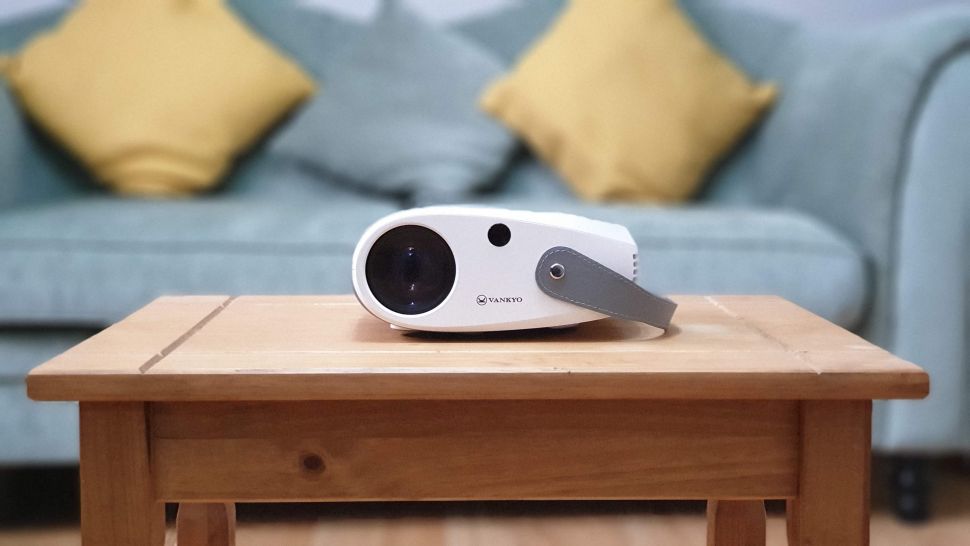 In a clear nod to a retro era, engineers opted for a pebble-like shape for the Leisure 520W complete with a faux leather strap. The white-and-grey color scheme reinforces the belief that nature inspired the design of this portable projector. At 199 x 154 x 85mm for a weight of 1.1 Kg, it is reasonably compact and can be easily carried around. 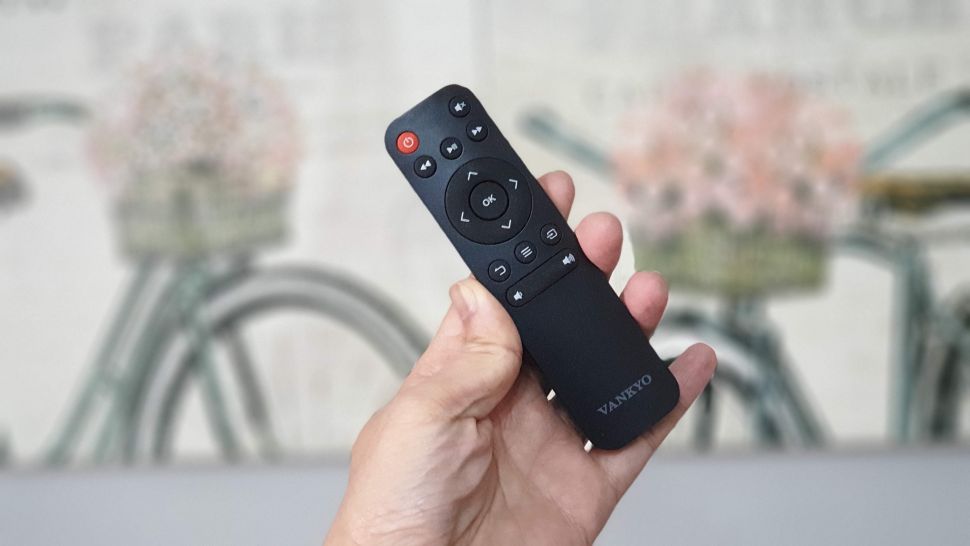 Bear in mind that this is a projector that doesn’t come with a battery but given the fact that it uses a 63W (21V, 3A) power supply unit with a Type-C connector, you should be able to connect a portable battery charger (power bank) to it. Other than a quick starter guide and the warranty card, Vankyo has bundled a remote control, an AV cable and a HDMI one. 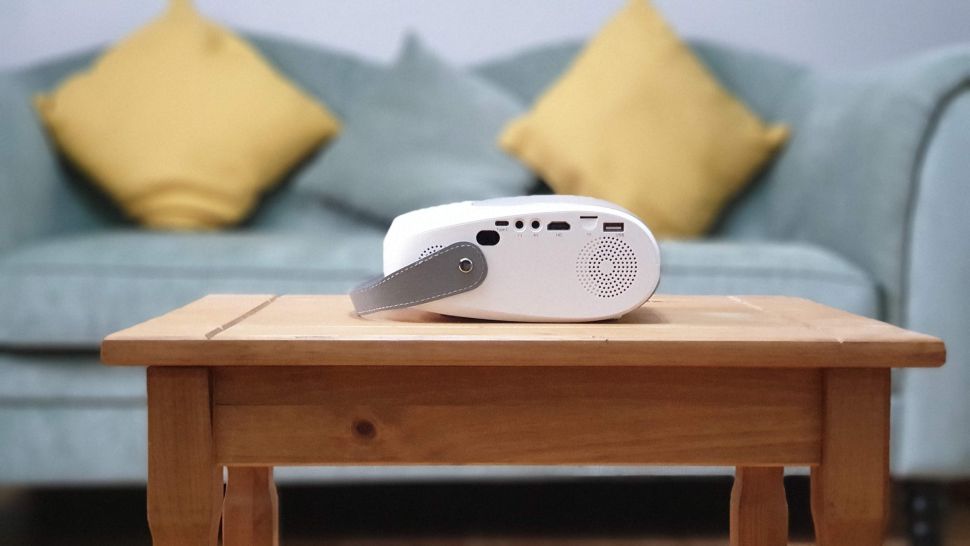 In terms of connectivity, there’s a microSD card slot (up to 32GB), an audio jack, an AV-in, a USB port and a HDMI connector. It does support Wi-Fi as well via Miracast. 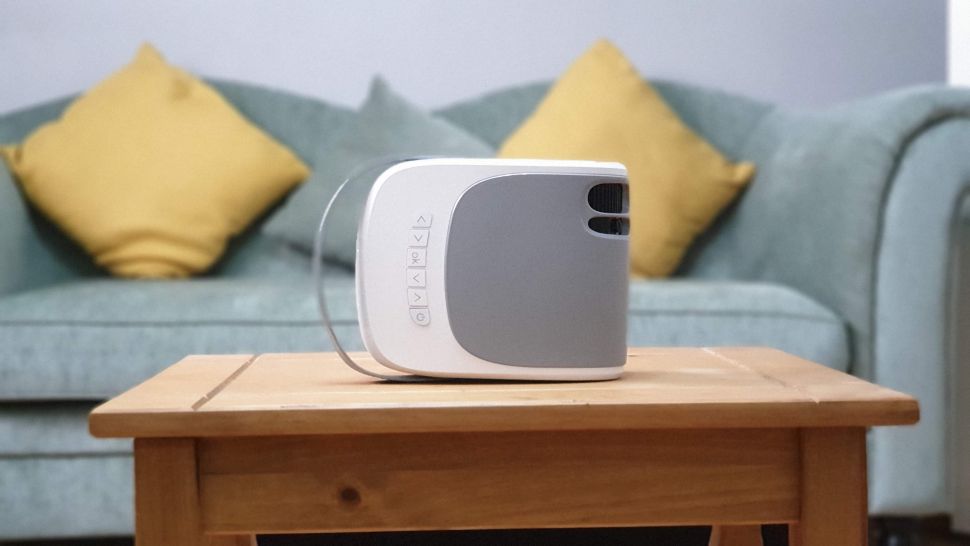 The Leisure 520W can be controlled with one finger with six touch icons located on the top of the device for easy control of volume, screen dimension, and navigation. You won’t need to interrupt your presentation or your favorite movie to adjust the picture or volume. 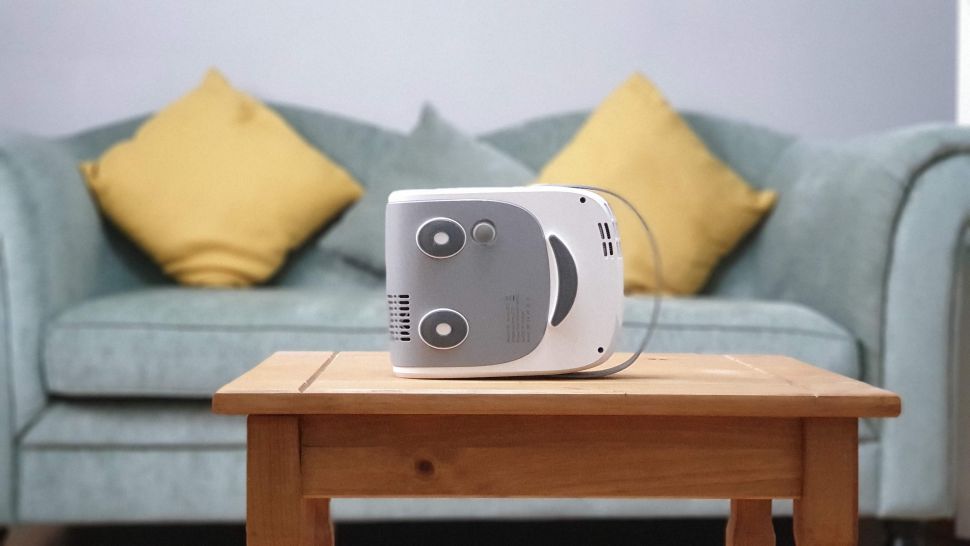 The Leisure 520W has a rated brightness of 2,400 lumen and a native HD resolution (1280 x 720 pixels). The manufacturer claims that it has a 30,000 hours LED lifespan, offers a 90% NTSC color gamut coverage and can project a 200-inch picture from, well, about 236-inch. This is no ultra short throw projector and the closest we could get the projector to the screen to get a clear picture was 117cm, generating a picture with a diagonal of 92cm.

You can tweak the focus manually via a focal ring and operate vertical keystone correction of up to 15 degrees. The 520W doesn’t allow you to correct pictures sideways, in other words, the lens of the projector needs to be roughly parallel to the screen for optimal viewing. You can adjust the height of the Leisure 520 manually.

Choosing the input source is fairly straightforward and screen mirroring on Android is a doddle. Coming straight from the late 1990’s, the user interface is basic, easy to grasp but doesn’t provide any advanced settings other than color temperature. The single speaker delivers sub-par audio experience but bear in mind the price tag; speaking of which, this is a noisy projector, we recorded up to 50dB of sound partly due to the inclusion of audible fans to cool the electronic components inside. It proved to be distracting to say the least and while there is a setting to reduce noise, we couldn’t get it to work on our sample.

Out of the box, the picture quality was above average, the sample footage we used showed saturated, well-defined colours with vibrant greens and lively oranges; as a reference point, the pictures below were taken using a Samsung Galaxy S9 Note. For those looking to use a projector for light work, we also managed to run Dex, Samsung’s Android-powered virtual desktop on the Leisure 520W. 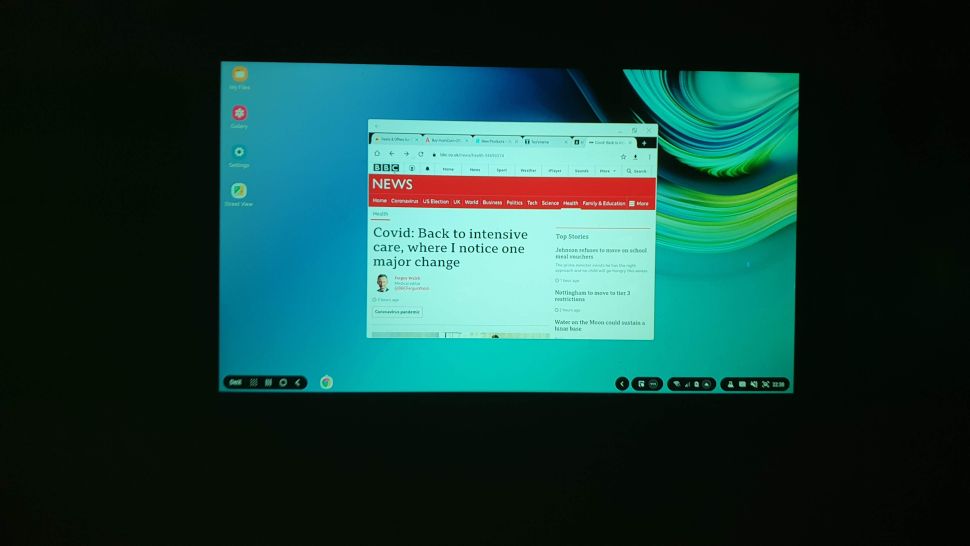 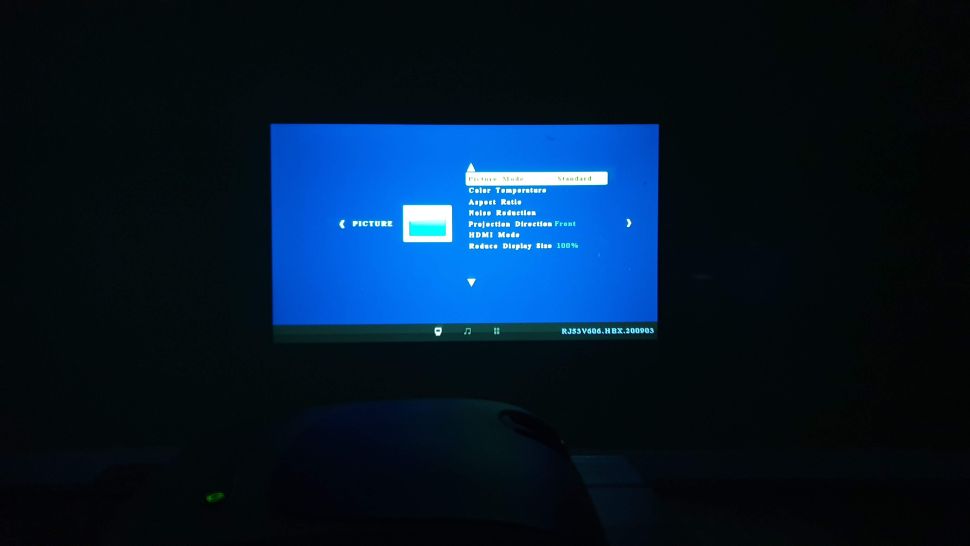 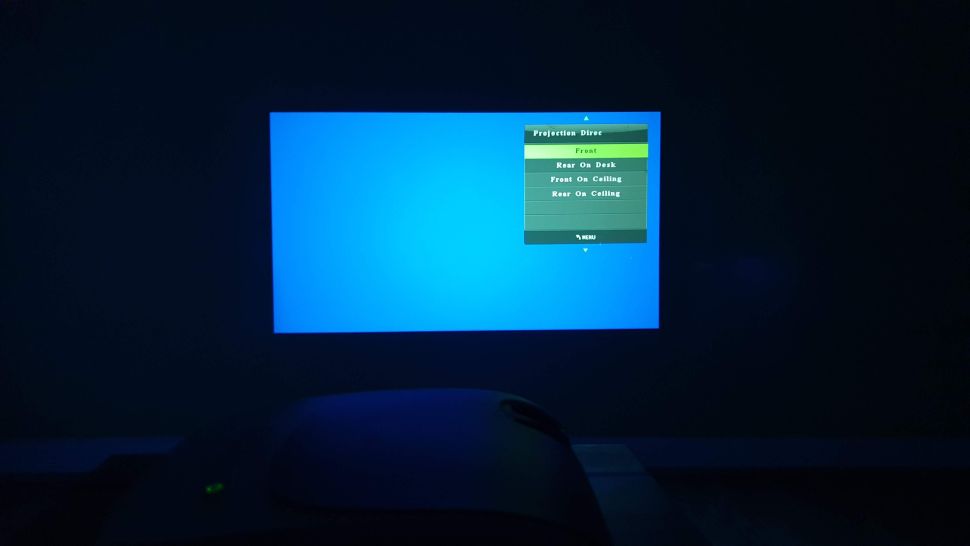 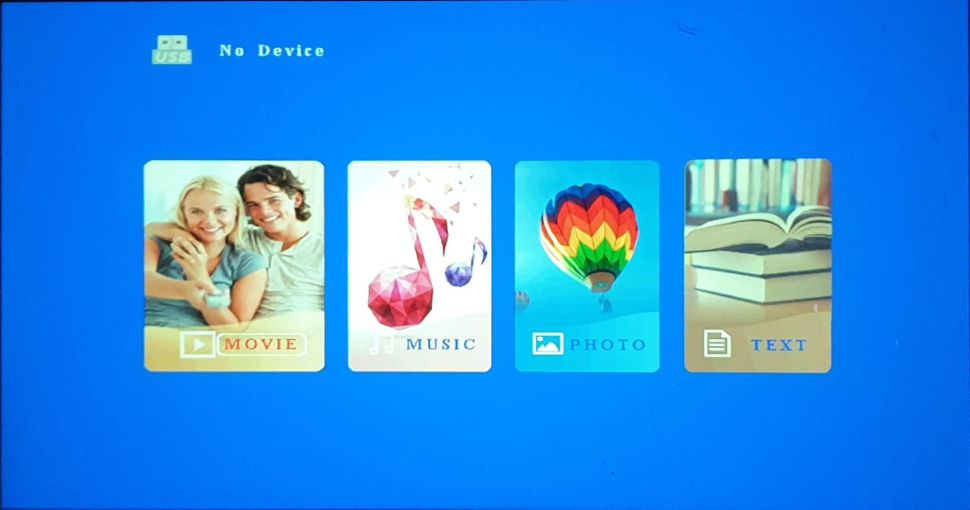 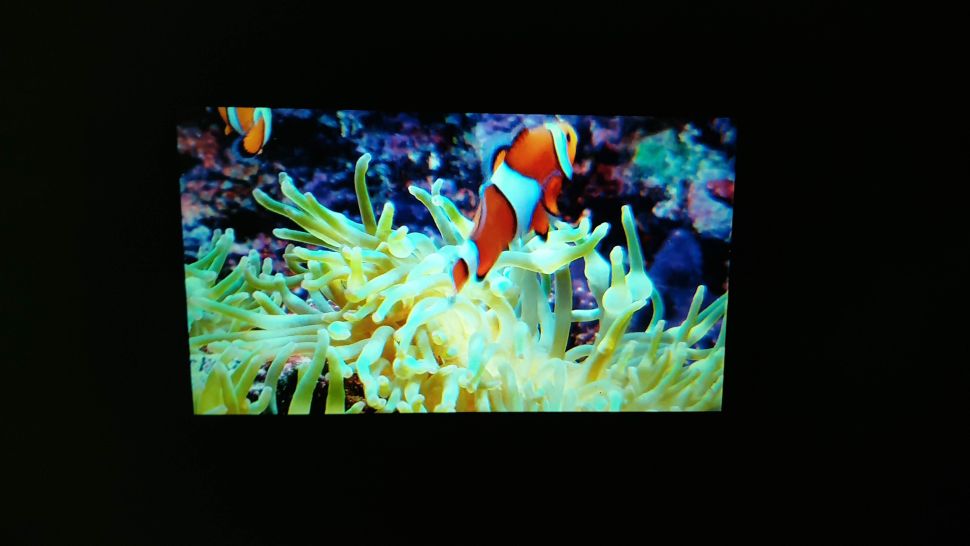 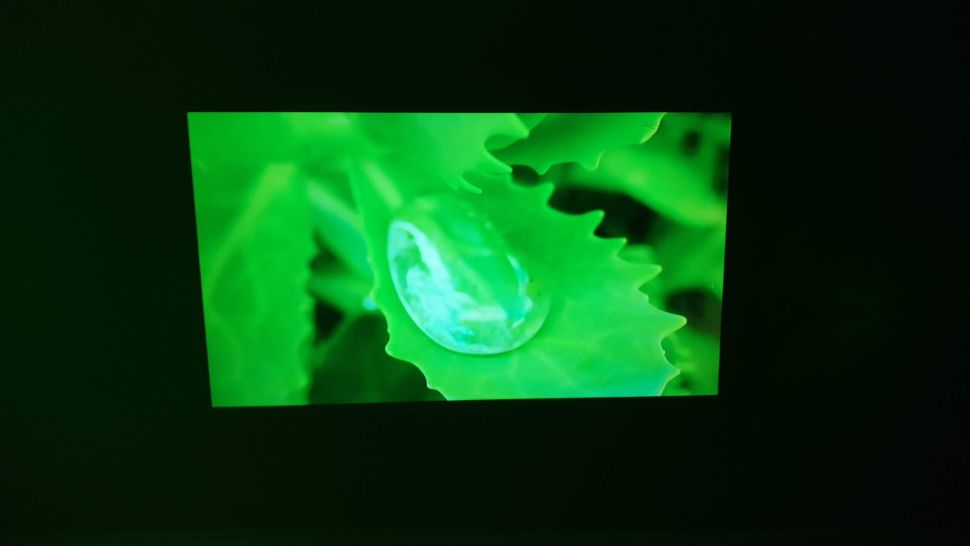 In addition, the “mirror display” function doesn’t support protected videos because of copy protection; HDCP content from Netflix, Amazon Prime Video and Hulu will only play via HDMI (which means Roku or a Firestick will work). Oh and by the way, forget about anything Smart; you won’t find any Android goodness or apps.

Rivals to the Leisure 520W will need to have a 720p native resolution at the very least, screen mirroring capabilities and weigh around 1Kg and you don’t have to go far to find a competent competitor.

The Vankyo Leisure 470 fits the bill easily. It retails for less than $100 at Amazon (after a substantial discount coupon), offering a higher 4,000 Lumen brightness, a 50,000-hour LED, a carry case, a longer warranty with the additional ability to connect to a second HDMI port as well as a legacy VGA one. It has a “box-ier”, less glamorous shape but there’s no real harm in that.

It might have been hard to picture what the use case for such a device could be used as a business projector. However, the new normal in this work-from-home-first era means that what’s considered traditional no longer applies. A projector like the Leisure 520W could potentially transform any light colored, smooth flat, non-reflective surface – like a wall – into a usable screen for a video conferencing session on a budget.

In the end, it is all about expectations, this Vankyo projector does deliver the goods. It works, it delivers decent, rich images and has a set of basic features that can be augmented easily through a smart stick or a thin client. Just bear in mind that it is noisy, that you need at least 120cm of clearance to display a sharp picture and that the focus correction is well, simplistic.