Tripod manufacturer 3 Legged Thing has announced a new range of premium tripods that are designed to suit both stills and movie photographers. Inspired by the skateboarding world, the Legends range will offer video heads for the first time as well as new leg locks, a leveling base as well as three detachable legs that can become monopods or booms arms for lights and microphones. The company has launched two models, Mike and Jay, and promises more for the future. 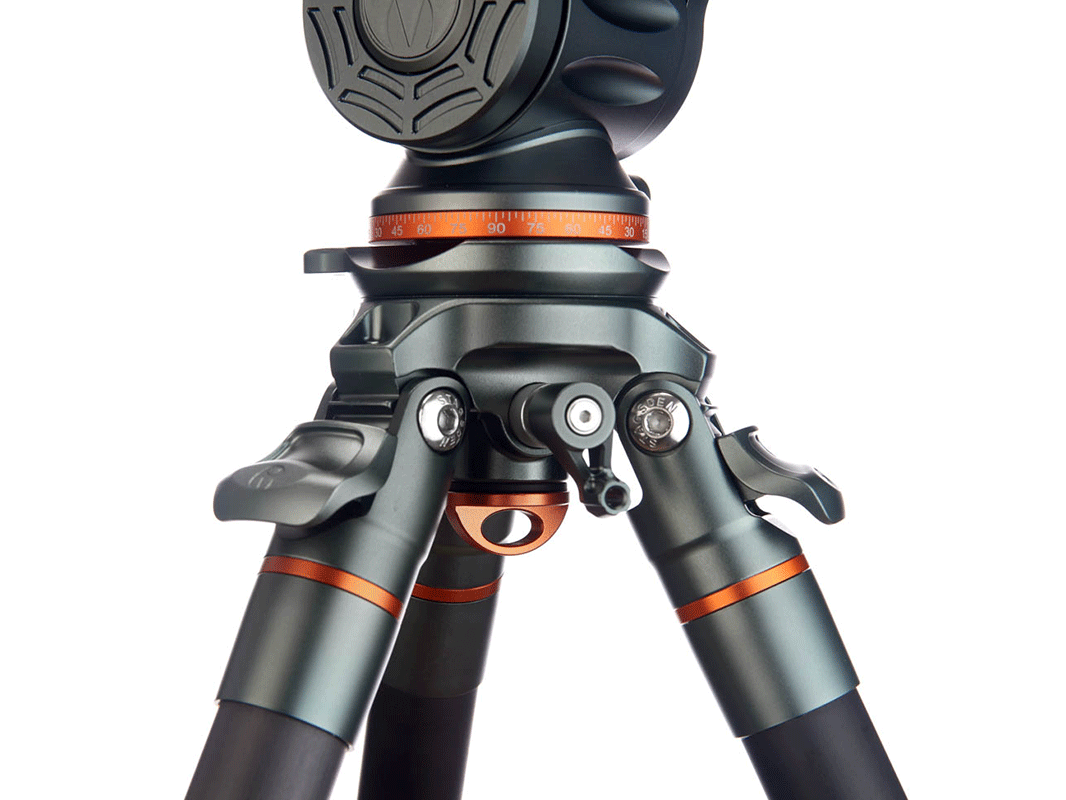 The 8-layer carbon fiber legs offer a lightweight tripod without compromising stability and rigidity according to the company, and new Rapid Latch locks on the tops of the legs make them quick and easy to open for those with disabilities. 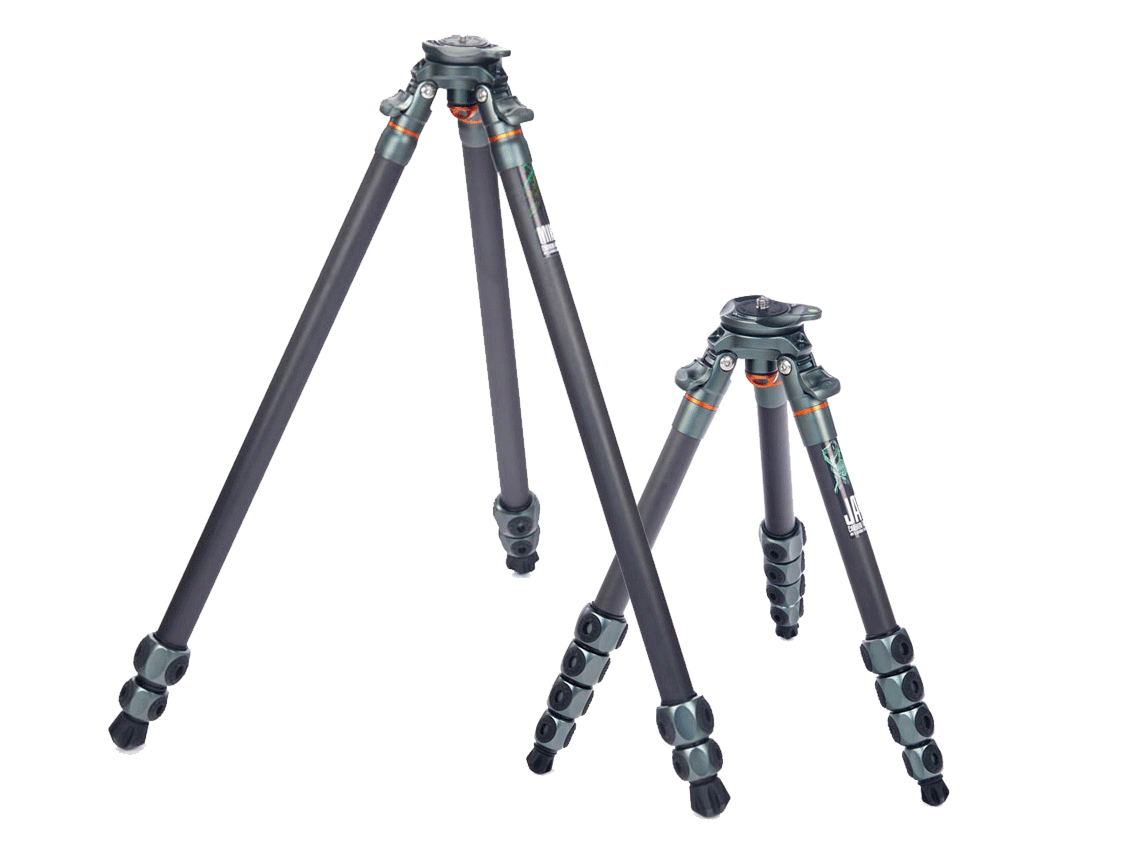 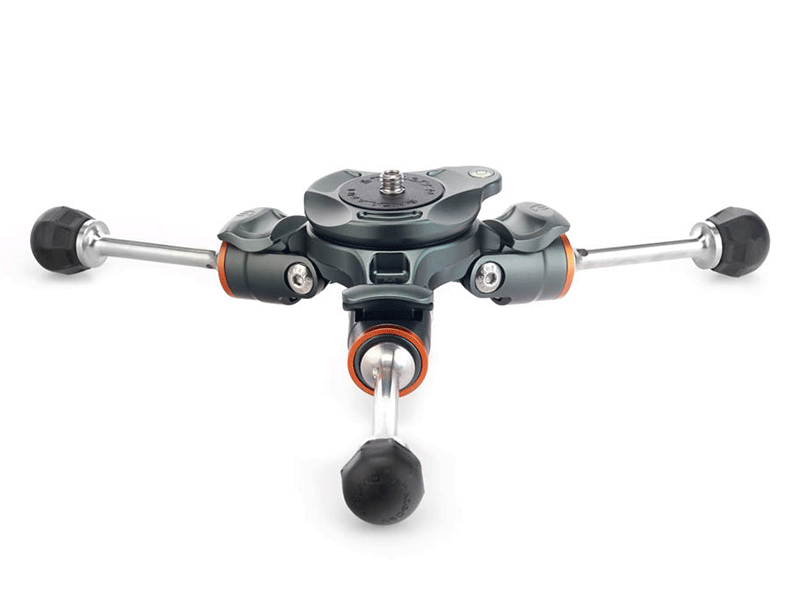 Jay has a minimum height of 10.0cm / 3.94″ and Mike of 13.5cm / 5.31″, but both models can have their legs removed and optional ‘footwear’ mini-legs attached so that they can be used very close to the ground or on a tabletop. With the mini-legs attached the leveling base can double as a 3-legged stabilizer for one of the main legs when used as a monopod. 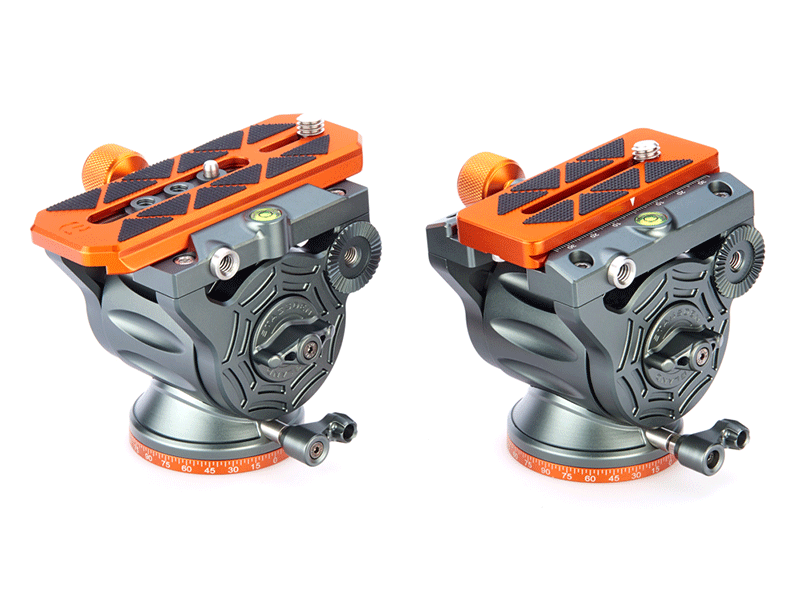 The company has also released its first video heads, which offer left or right panning arm placement, fluid movement and adjustable tilt motion. The AirHed Cine comes with either an Arca-Swiss clamp and plate or a standard version, and both have a mounting thread for attaching accessories.

Following the phenomenal growth in popularity of its Pro and Punks tripods, 3 Legged Thing is excited to announce Legends – the most radical departure from conventional tripod design ever developed. Designed and engineered in Stagsden, England, the new products deliver unbelievable strength, maximum versatility, and incredible build quality. It is the first time 3 Legged Thing has introduced products designed for both photo and video.

Taking its inspiration from skateboarder, musician, photographer and 3LT Pro Team member, Ray Barbee, the ethos of the Legends range is innovation, outstanding performance, and creativity.

3 Legged Thing’s CEO and Founder Danny Lenihan explains: “With every incarnation of tripods, we bring new and exciting technological advances, and upgrades to existing design and engineering. Legends is a back-to-the-drawing-board look at how we use and need tripods in modern photography and videography, with ideas dating back five years that we had previously left undeveloped. With emphasis on workflow and user-friendliness, we’ve simultaneously lowered the weight, and increased the load-to-weight ratio, without compromising stability or rigidity. We’ve added advanced functionality, the likes of which have never been seen before, and made major aesthetic changes for our most incredible tripod range to date.

Danny continues: “When I first saw Ray Barbee, as a teenager, making his Bones Brigade debut in the Powell-Peralta film, Public Domain, my perception of skateboarding instantly changed. Here was this kid, who had defied normal conventions of neon and garish 80s fashion, and replaced them with a tee, jeans, Vans and a baseball cap. His style was smooth, inimitable, flowing and utterly effortless, and it was this that inspired me most. The parallels between Ray Barbee’s ethos and creativity, and the ideas forming in my head were tangible and quantifiable. I wanted to bring this new range to life, with fluid workflow, effortless movements, and unbounded style. When I mentioned to Ray that we’d like to name a tripod as a tribute to him, he was incredibly modest and humble. I knew then that it was exactly the right thing to do. Whilst the Ray tripod isn’t the first in the range to launch, it is important to understand that the influence and inspiration for the rest of the range, and the three debut products, all stem from Ray Barbee’s commitment to the arts, and I look forward to launching his signature product in 2020.”

Mike is named after one of the original Bones Brigade skateboarders, Mike McGill. Inventor of the McTwist (arguably the most iconic trick ever invented), Mike is one of the most famous skateboarders in the world, and a professional for over 30 years. Jay is named for the late Jay Adams, the Dogtown skateboarder, whose style was inspired by surfing, influencing a whole new generation of skaters.

Similarly, the tripods in the Legends range share this DNA of innovation. These tripods have not one but three detachable legs, adding a level of versatility rarely seen in a tripod system. The legs can be used as a monopod; as boom arms for lights or microphones, or both!

With the legs removed the tripod can be used on table-tops or at ground level by joining a set of 3LT’s tripod footwear to the leg hinges. This enables both Mike and Jay to be used for macro work, bringing photographers a varied range of perspectives from which to shoot. With the addition of 3LT footwear, the levelling base can also be used as a foot stabiliser for a monopod leg, adding an extra level of versatility to the products.

The new tripods have 3 Legged Thing’s new Rapid Latch, a hardwearing anodised mag-alloy latch with auto-engage lock, which is used to open and position the legs. The Rapid Latch has been specifically designed to make adjusting the legs quick and simple, even if the user is wearing thick gloves. Rapid Latch is also designed to be friendly to those with disabilities or hand injuries, enabling them to easily change the leg angles without complication or fuss.

Each of the legs can be used at three optimal angles creating different shooting heights, and can be positioned independently for use on uneven ground. The tripods come with removable rubber Bootz, which can be replaced with one of four varieties of alternative footwear, to increase stability on even the most challenging surfaces.

The Legends range tripod leg locks have new external designs with raised O-Pads for improved, grip, leverage and water displacement. Internally, the locks have been engineered with a new design of Chicken Lips (shims) which give the locks greater strength and grip, and formidable anti-rotation.

Mike and Jay’s levelling base has a friction control that enables users to finely-adjust the positioning. Both tripods are also available in kits with 3 Legged Thing’s stunning new video head, the AirHed Cine.

Precision milled from aerospace-grade magnesium alloy, and featuring a distinctive spiderweb design, the AirHed Cine has an adjustable, fluid-motion, tilt mechanism that offers smooth movement and can be controlled directly, or with the included panning arm. The arm can be fitted to either side of the head for right or left-handed operation. The AirHed Cine is available with a choice of standard video clamp and plate, or an Arca-Swiss compatible clamp and plate, and features a ¼”-20 thread for externally mounted devices such as articulated arms.

Don't miss a deal at Sky
Best offers at Argos
Discounts, Sales and Deals at Turbo Tax
Save your money with Marks and Spencer
Online-Shopping with Microsoft Store
Best products at John Lewis
Latest Posts