10 best Android tablets in the world

Update: The world of Android tablets is super competitive. With Google’s Pixel C now in our 10 best Android tablets list, you’ll need to read on to find out where it placed.

If you’re looking for a tablet and don’t fancy an iPad, then Android is currently the way to go.

There are other options out there with Windows 10 tablets such as the Surface Pro 3 – but Android Lollipop remains the main rival to the iOS 9 toting iPad Air 2 and iPad mini 4.

Some Android tablets have 10-inch screens, others seven, some land somewhere in between and a handful even push the boundaries past 10 inches. There are big differences in battery life, processing power, RAM and price.

We’ve gathered together the best the Android tablet market has to offer, so read on to see which Google-powered slates you should be considering. 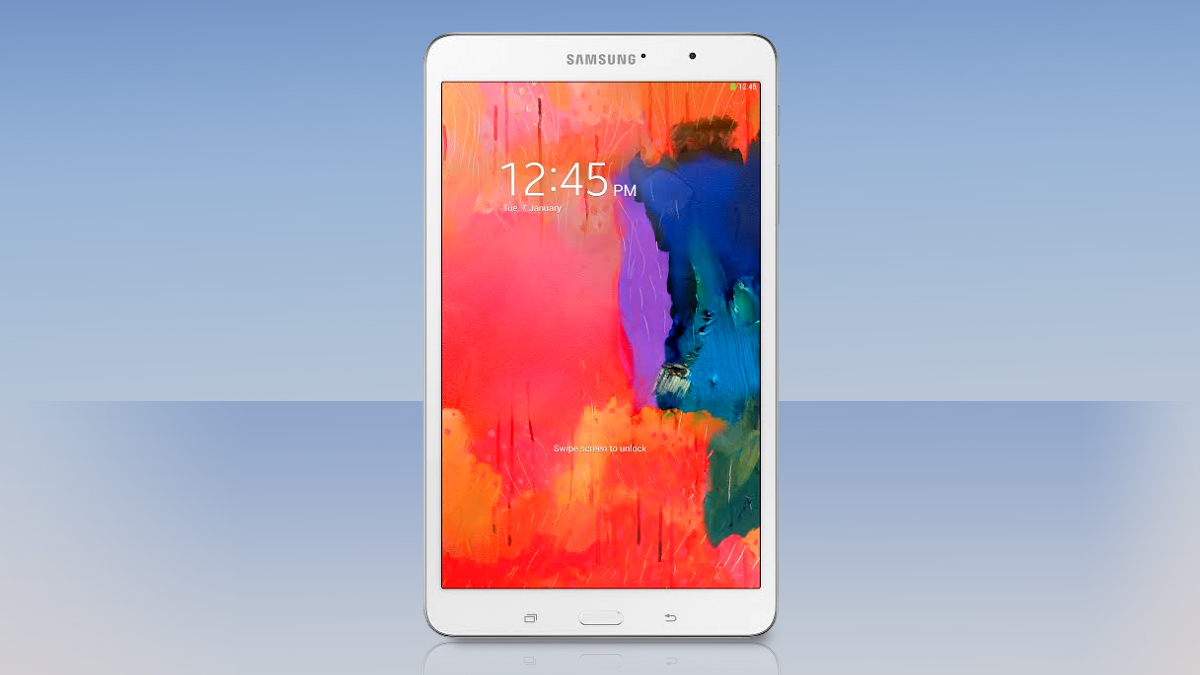 A direct rival to the latest iPad Mini, the 8.4-inch Samsung Galaxy Tab Pro sports a stunning display in a portable size with the option of LTE connectivity if you want to spend a little extra cash.

Back to the 8.4-inch display though and you’re treated to an eye-popping 1600 x 2560 resolution and the Super AMOLED technology ensures colours are vibrant.

It does suffer from some poorly placed speakers, and the jury’s still out on Samsung’s faux leather plastic design, leaving the Tab Pro 8.4 feeling a little on the cheap side.

A recent price drop has made the Galaxy Tab Pro 8.4 a slightly more attractive offering, and design aside it does well to match the iPad Mini 3 in terms of power, performance and features. It doesn’t quite match the overall quality of Apple’s package though. 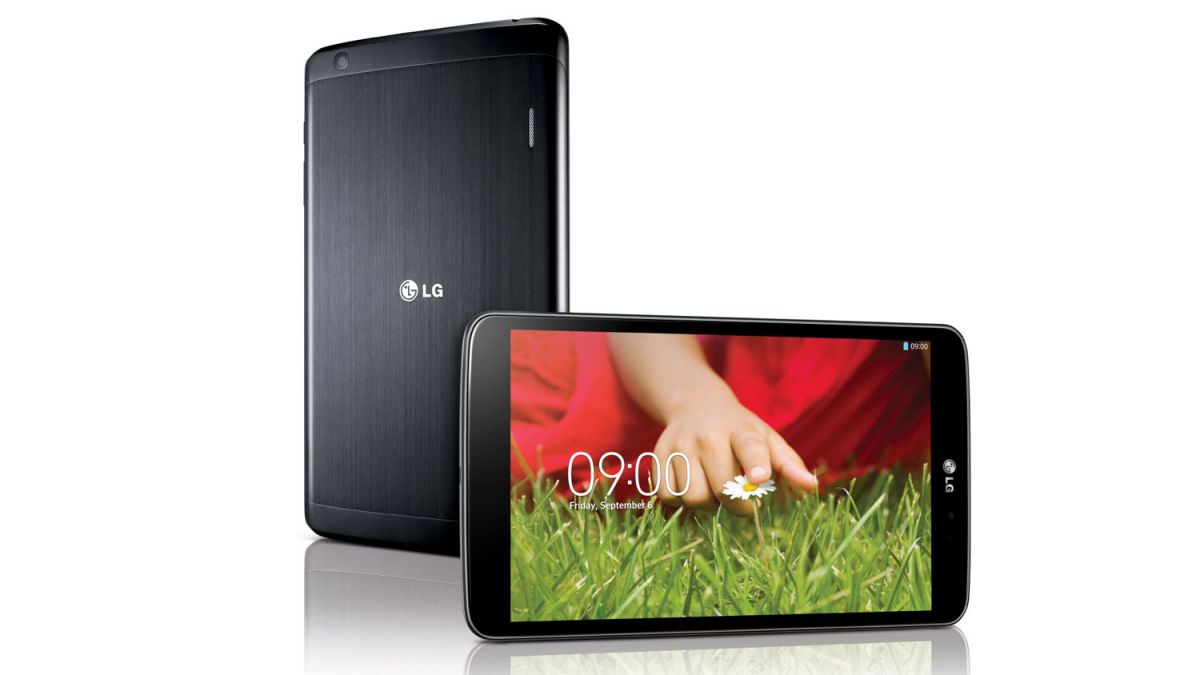 What’s this? LG in the top ten for smartphones and tablets? Could the brand be on a rebound?

Well, when you make an Android tablet with a design language like this one, perhaps it’s time to quietly worry at Samsung. In place of plastic, it’s got a lovely aluminium shell, and connectivity with other Android phones makes it a viable option for a wider range of users – you can receive and reply to texts direct from the G Pad 8.3.

It’s the closest competitor to the iPad Mini out there, in terms of design, and it’s a tablet we’re not ashamed to pull out of a stylishly slim bag. Perfect if you like the size of the iPad mini, but prefer the Android OS. 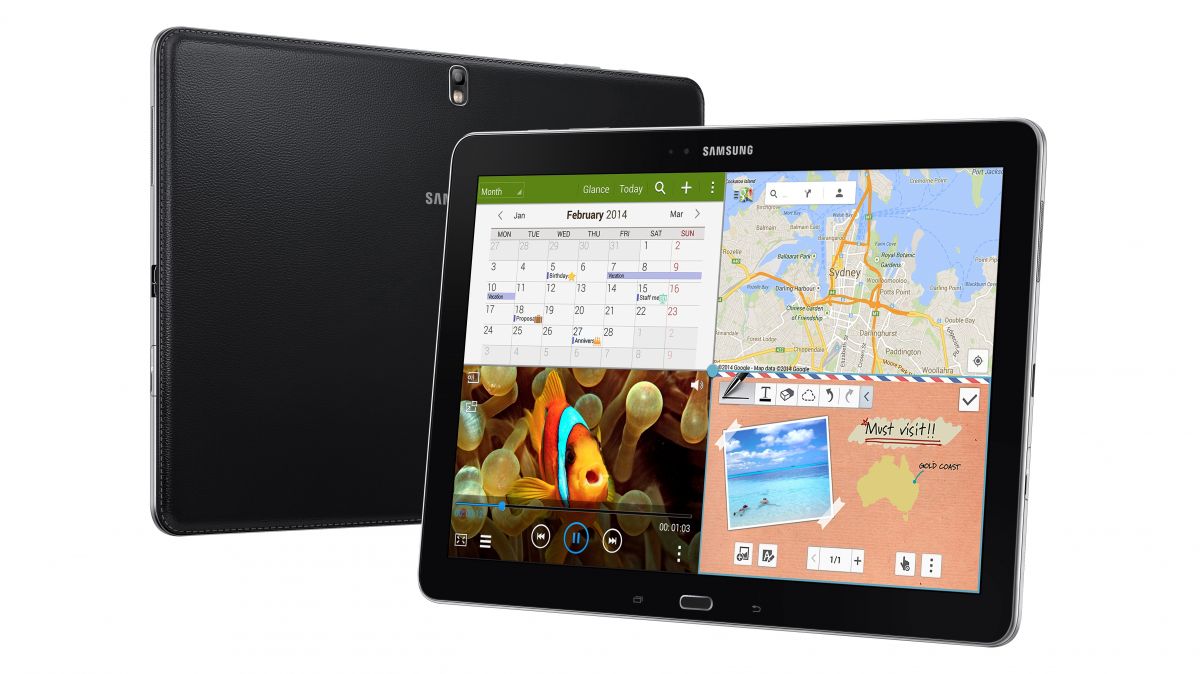 Sometimes bigger can be better – and Samsung will certainly be hoping that’s the case with the huge Galaxy Note Pro 12.2 which sports a – yup you’ve guessed it – 12.2-inch display.

As you’ll see from the name, this slate falls into Samsung’s “Note” series, which means it comes equipped with an S Pen stylus, and with such a large canvas to work with it can be genuinely useful.

Unsurprisingly the Note Pro 12.2 isn’t a small tablet, so it’s not something you’ll be carry around with you everyday, but with a meaty octa-core (yes, eight!) processor, 3GB of RAM and Android 4.4 KitKat OS it’s a serious powerhouse capable of some very heavy lifting. 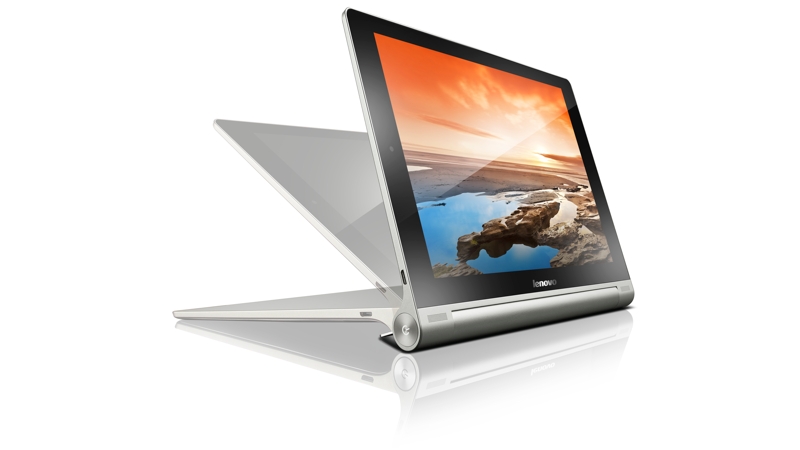 Lenovo’s Yoga tablets took a little time to get off the ground, but the Chinese company has really upped the quality in these flexible slates.

The bulbous cylinder at one end of the tablet holds a massive 9,000mAh battery and also houses a small kickstand. It means you can position the Yoga at almost any angle, which is great for watching movies.

The 1920 x 1200 pixel screen resolution is rather nice, has plenty of brightness and is a major upgrade on the old model. Similarly, the Qualcomm Snapdragon 400 SoC with four cores all clocked at 1.6GHz is also a serious upgrade from the weak processor used last time. 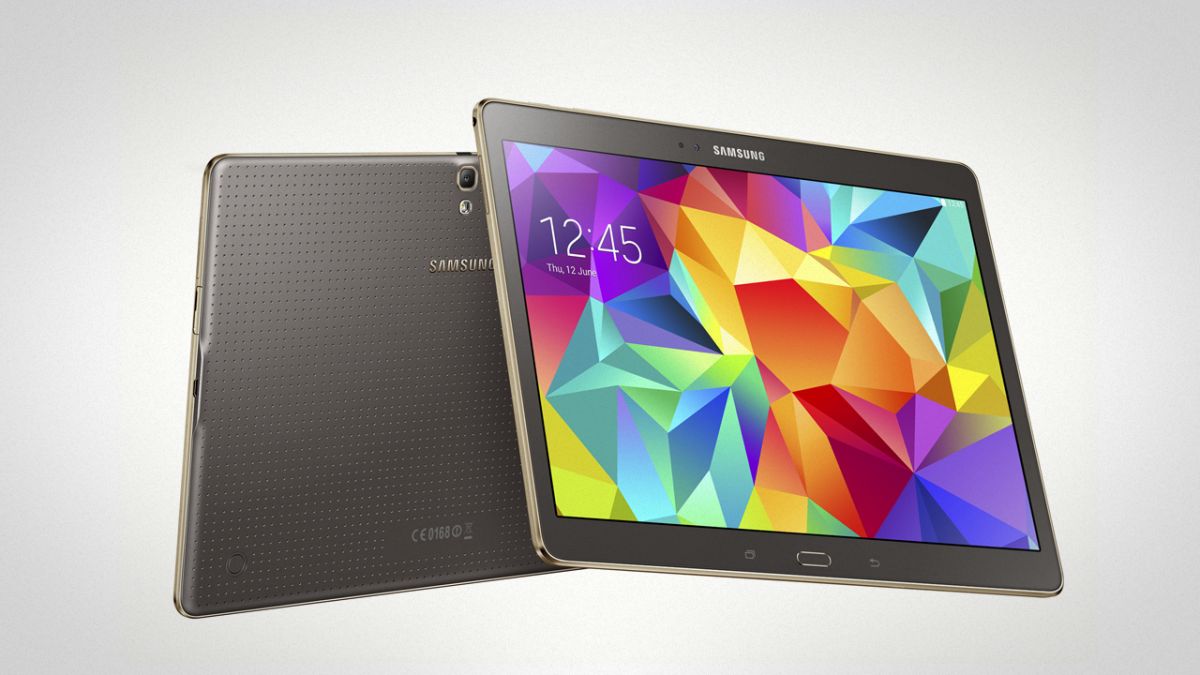 The exterior design of the Tab S is nothing to write home about but it’s thin and it’s light and that counts for a lot when it comes to tablets. It helps the frame get out of the way of the screen, which is the real winner here.

Both tablets have fingerprint scanners for added security, but the plastic body may put a few off with Apple’s slates sporting a more attractive design.

There’s a new Tab series on the block, in the form of the Galaxy Tab S2, but the original S duo are still a great buy – especially now they’re a little bit cheaper. 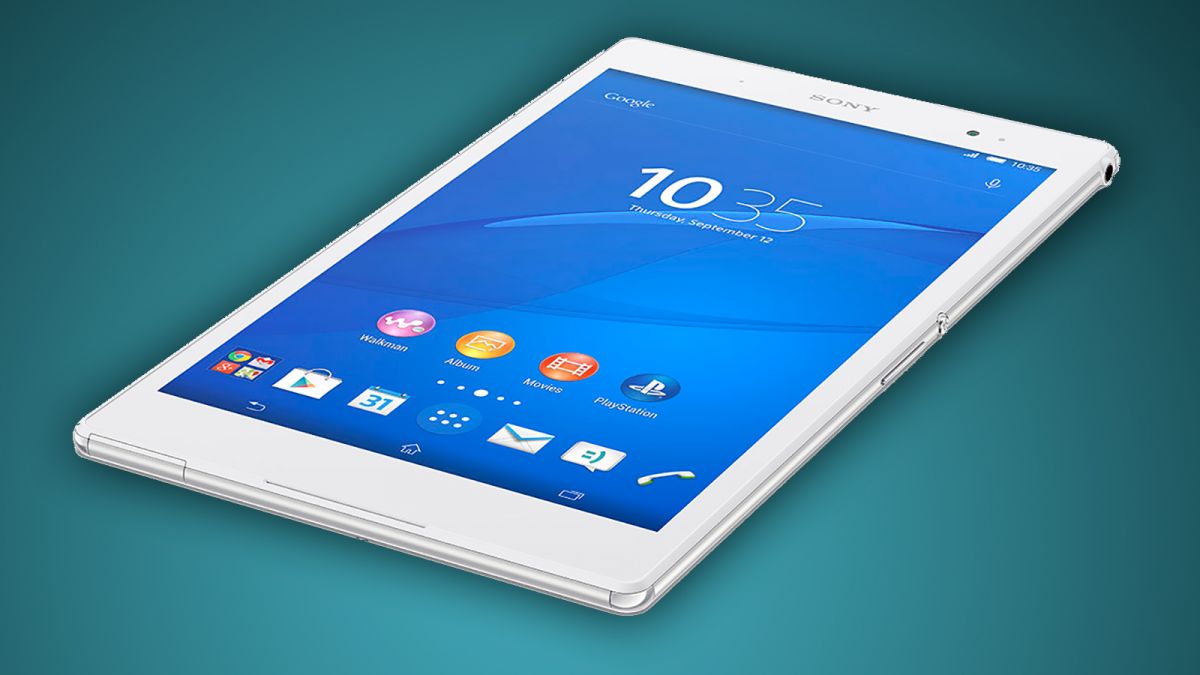 When it comes to watching video or playing games, the Sony Xperia Z3 Tablet Compact excels with a decent slug of power and its eye-pleasing display.

Add in the thin, light, waterproof body and you have a great tablet for long trips and boring work commutes which can be happily slid into a bag without taking up too much space or weighing you down.

The components inside the Z3 Tablet Compact are getting on a bit now, and it doesn’t have the slickness of the 8-inch iPad mini 4 or Galaxy Tab S2 – but it’s certainly still worth considering. 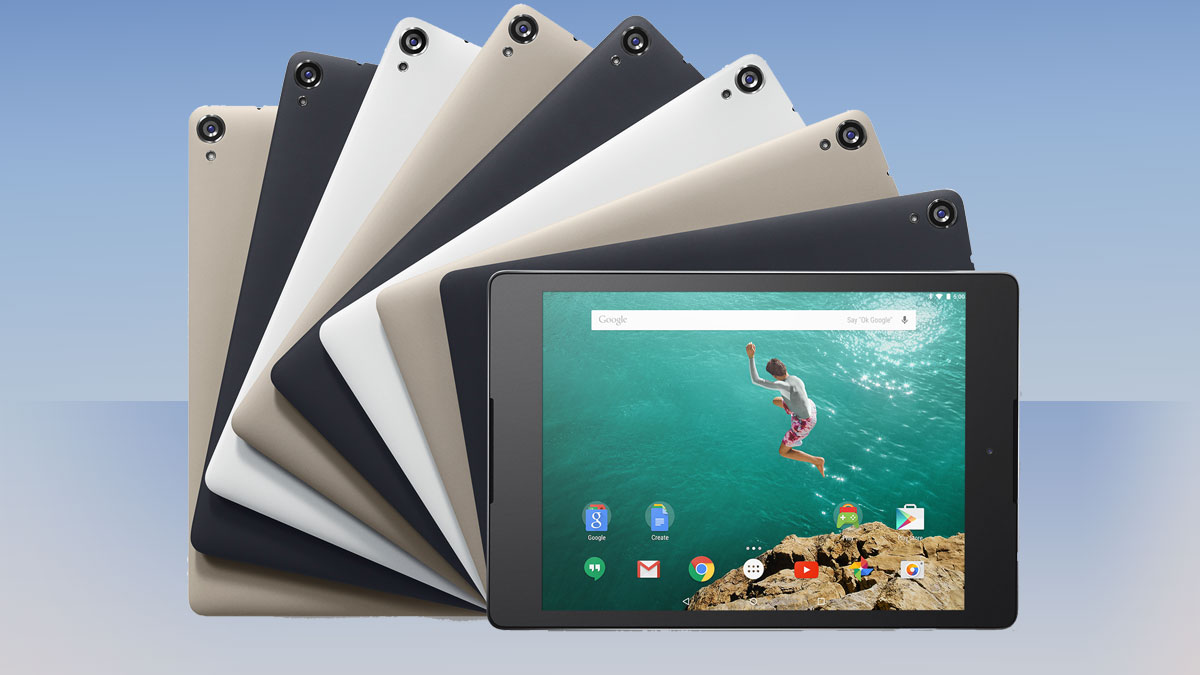 It’s been a while since we last had a large Nexus slate and even longer since HTC went anywhere near a tablet, yet here we are with the HTC made Nexus 9.

It was worth the wait too, thanks to a powerful 64-bit processor, BoomSound speakers, a long lasting battery and Android 5.0 onboard.

It’s found itself a fairly unique size point too at 8.9 inches. Too big to be considered a small or even medium sized tablet, but some way smaller than the 10.1-inch Android slates that there are so many of. Whether that’s a good or bad thing is subjective but it certainly helps it stand out. 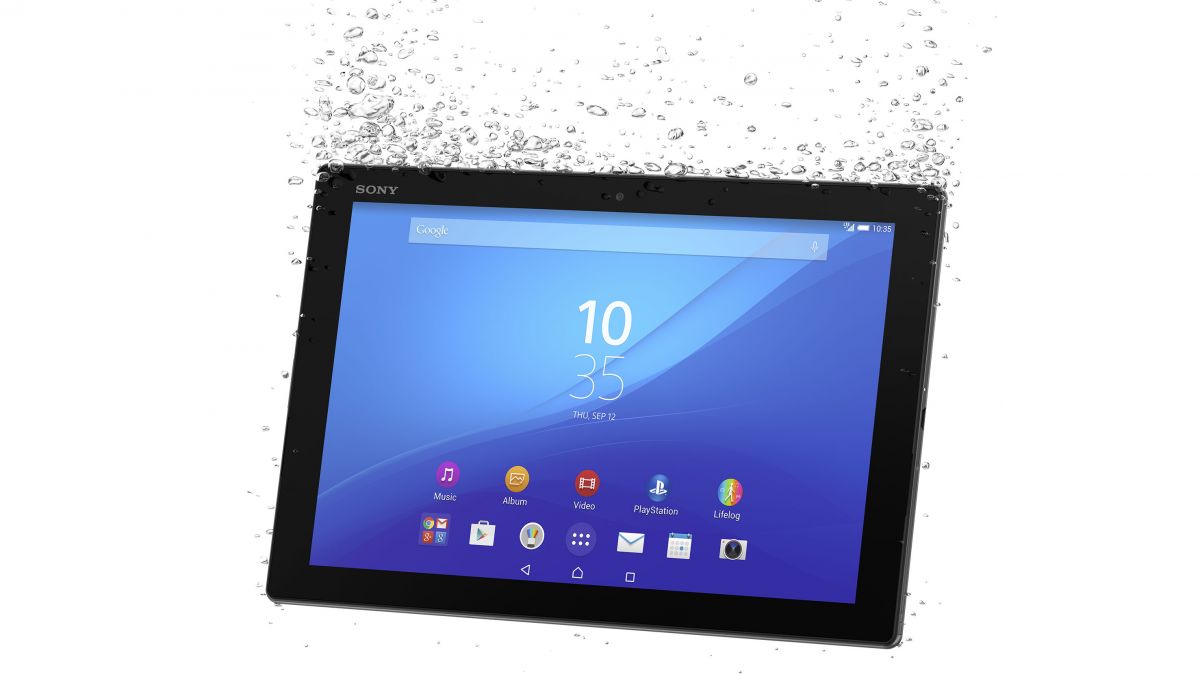 Sony’s Xperia Z4 Tablet is one of the best Android tablets on the market right now, ensuring the Samsung Galaxy Tab S2 and iPad Air 2 get a real work out.

We’d like to see a 64GB option, but 32GB plus the inclusion of a microSD slot will suit most people, and while the cameras don’t cover themselves in glory they’re more of a vanity feature on a tablet.

The Xperia Z4 is a great tablet, and it’s one of the genuine alternatives to the iPad. Android is still not the perfect ecosystem for tablets, but with a 2K display on the front and such a nice-looking design Sony has made something rather lovely. 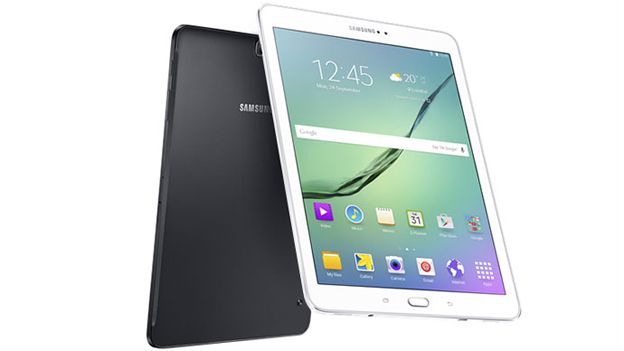 There are plenty of reasons to invest in the Samsung Galaxy Tab S2 – especially if you’re after the best Android tablet on the market.

It’s reading and web surfing-friendly, while the new 4:3 screen and general size and shape is better suited for most things. Videos work better on its predecessor thanks to elongated aspect ratio – but they don’t exactly look bad here.

You can pick the Tab S2 up in 8-inch and 9.7-inch variants, to challenge Apple’s iPad and iPad Mini ranges, with the smaller option being more portable and cheaper.

Almost impossibly thin, pumped full of power and with a slicker version of Samsung’s TouchWiz interface on board the Galaxy Tab S2 gives the iPad Air 2 a real run for its money. 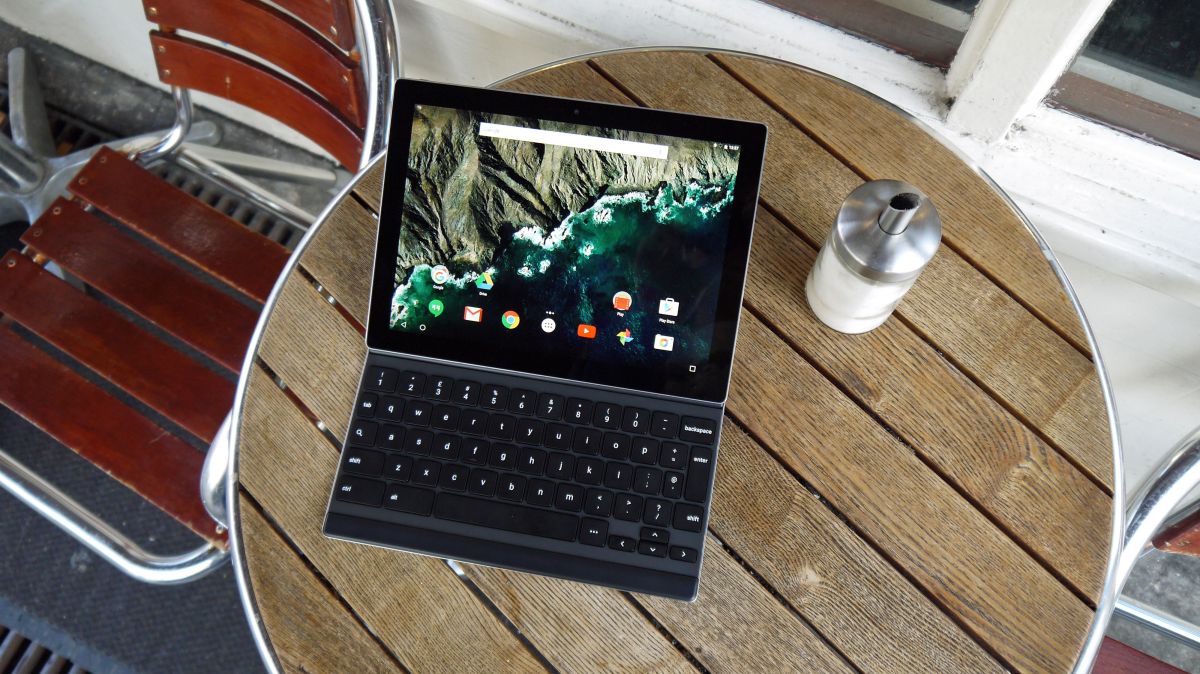 Google’s done it – it’s made the best Android tablet around. The Pixel C has it all: a fantastic display, heaps of power and a premium design.

Okay, it’s not quite got it all – it’s a little on the heavy side and the pricey (yet rather clever) keyboard dock isn’t fully utilised by the Android interface which is made very much for touch and not physical keys and productivity.

Those points aside, the Pixel C goes toe-to-toe with the iPad Air 2 with its clean stock Android interface, sultry metal body and super screen.

If you’re looking for the best of Google in a tablet, the Pixel C gives you just that.

Don't miss a deal at Virgin Media
Best offers at Farfetch
Discounts, Sales and Deals at H&R Block
Save your money with The Home Depot
Online-Shopping with Vimeo
Best products at Microsoft Store
Latest Posts